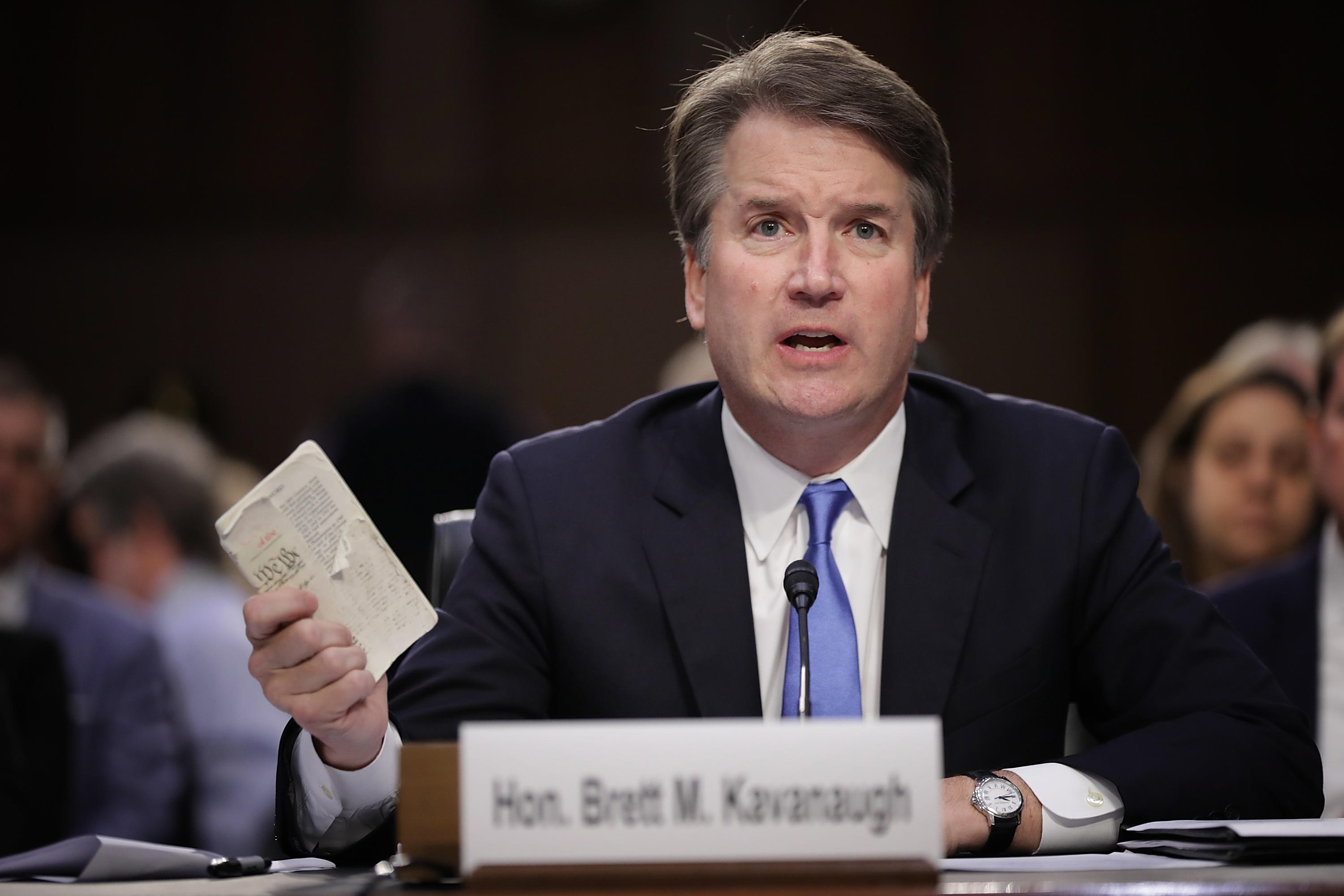 Alice Shattuck is a moderate Republican living in the Boston suburbs. A mother of four, she's disturbed by the allegations Dr. Christine Blasey Ford and Deborah Ramirez have made against Judge Brett Kavanaugh and says that if there's proof the alleged attacks happened, he's disqualified for the Supreme Court. "I don't care if he was a teenager or not."

But ask her what she thinks of the way the Kavanaugh case has been handled:

"The Democrats have been terrible. They're acting like partisan hacks. They want to make him [Kavanaugh] answer first, and then have the accuser speak afterwards? It's ridiculous."

Shattuck isn't alone. CNN viewers were taken aback when a panel of five women Republicans assembled by the network said that they all believed Judge Kavanaugh was innocent.  When a CNN reporter pushed back, one of the women said of Dr. Ford "She's destroying his life, his wife's life, his children lives, his career.  Why didn't she come out sooner if she's telling the truth?"

Democrats are trying to make the case that merely insisting Dr. Ford testify to the Senate Judiciary Committee is "bullying," and that pointing out that the New York Times declined to run the Ramirez story is an attack on a victim. But there's a group of right-leaning women voters who aren't buying it.

In part because that's because they've been part of a much longer conversation for years regarding the handling of sexual misconduct allegations against men—college students in particular. They're horrified by what they believe are "kangaroo courts" on college campuses and support Title IX reform. These stories have gotten some coverage in the mainstream media, but center-right websites like the Weekly Standard and authors like Heather Mac Donald have highlighted some of the worst abuses.

"It's a concerted effort to portray masculinity as a problem that must be solved," says Suzanne Venker, the author of the book "The War on Men." "Judge Kavanaugh is presumed guilty because he's a man."

Rebecca Hagelin, a conservative columnist and former vice president of the Heritage Foundation, told the Times that Democrats will "further discredit the entire #MeToo movement if they take down an innocent man." But if Kavanaugh prevails "it will be a victory for anybody who has ever been falsely charged with some sexual abuse accusation."

Democrats certainly believe the Kavanaugh confirmation battle is a big winner for them among women voters. "Beware of the wrath of women scorned, Mr. President and Majority Leader McConnell," says Rep. Jackie Speier, a California Democrat. "It will be your party's downfall."

In fact, the view of Judge Kavanaugh and Dr. Ford is shaped more by pre-existing political conditions: If you hate President Trump, you probably hate his nominee. If you are pro-Trump—or at least not a hard-core hater—you're likely leaning toward supporting Kavanaugh.  You can see this in the latest polls, which find that 81 percent of Republicans support Kavanaugh's confirmation while 82 percent of Democrats oppose. (There is no polling data on the Ramirez allegation.)

The numbers on whether or not to confirm Kavanaugh in the latest CBS News Battleground Tracker poll reflect the overall partisan moment: About a third (32 percent) say "yes," a third (30 percent) say "no," and 38 percent—the swing vote, if you will—are unsure. And this is where the Democrats decision to mount a full-bore attack on Kavanaugh as a sexual predator, ahead of any corroborating evidence, may be a miscalculation.

In the Fox News poll, women believe Dr. Ford over Judge Kavanaugh by a 10-point margin (men are essentially tied). And Democrats, fielding a record number of women candidates and working hard to exploit President Trump's terrible numbers among women (he's -22) believe they have a winner. "Women in both parties are paying attention," Democratic Rep. Pramila Jayapal said Friday. "That is not good for the Republicans. Many of the races for the midterms will depend on what women, including suburban women and rural women, do."

Ah, and it's that "suburban" and "rural" part that's key. In the suburbs, where women tend to be college educated, women are siding with Dr. Ford by 17 points. However, women without a degree overwhelmingly back Kavanaugh.

Remember that, even after the horrific Access Hollywood audio and running against the first woman to top a major-party ticket, Donald Trump still won a (slim) majority of the votes of white women—52 percent. His support from these voters has sagged since Inauguration Day. Democrats hope to exploit that. But their strategy of labelling Kavanaugh a sex offender in advance turn out to be counterproductive.

"That's what I'm seeing," says Venker. "The unfairness toward Kavanaugh is so obvious, so blatant, that even some women don't like Republicans might not be comfortable voting for Democrats."

According to Venker "The entire assumption, from Democrats and the media, is that men are guilty until proven innocent. They've already condemned Kavanaugh and they're using partisan politics and the momentum from the #MeToo movement to get away with it."

The New York Times ran an op-ed declaring that Judge Kavanaugh is not entitled to American tradition of the presumption of innocence. Democrats like Sen. Richard Blumenthal of Connecticut regularly call Dr. Ford a "survivor," while Sen. Mazie Hirono says that Judge Kavanaugh should be presumed guilty of sexual assault because of his political views.

"I put his denial in the context of everything that I know about him in terms of how he approaches his cases," she said on CNN Sunday.

An argument that can be summarized as "If you're pro-life, you're probably a rapist" might play well among the liberal base, but it's not likely a winner in reddish states—as evidenced by new poll numbers from West Virginia and North Dakota showing solid support for Kavanaugh's confirmation, even after a week of being pre-emptively declared guilty of sex assault.

According to new polls from GOP polling firm North Star Opinion Research, West Virginians want Kavanaugh confirmed, 51-30 percent. That includes 45 percent of women, vs 35 percent who oppose. In North Dakota, voters support confirmation by a 25-point margin, 53-28 percent. Among women, it's 47-30 percent. Both states are home to vulnerable Democratic senators who are up for reelection.

What should concern Democratic strategists is that the attacks on Kavanaugh may only be firing up support from women who were already on board and highly motivated. In other words, it may not be expanding support, just exciting the existing base. At the same time, they could be making more moderate women voters uncomfortable with the party's views on men, or on due process.