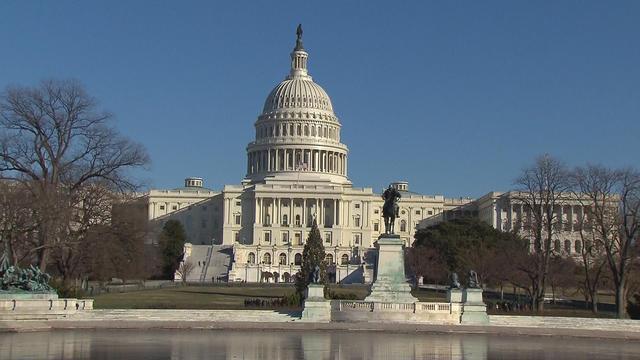 Donald Trump was supposed to celebrate the first anniversary of his inauguration Saturday with a glitzy fundraiser gala in Mar-a-Lago -- with donations starting at $100,000 per couple. Instead, it's the government shutdown that's sure to be the image that endures, a fact that has not escaped the president.

With the dreaded shutdown now underway, the big questions are, what happens next? Who takes the fallout -- the Party in power or the Democrats? We'll see how it plays out in the coming weeks and months, but the anniversary optics are a pretty big sign.

A Washington Post-ABC poll heading into the Senate vote Friday night showed Americans would blame Republicans more than Democrats for a shutdown by a margin of 20 points. That shouldn't be a surprise -- with Republicans in control of the White House and both houses of Congress, it's hard to see how this isn't their fault.

But there are real policy reasons, too, for arguing that it's the GOP who takes the fall. Republicans have been betting that they can haggle over programs Americans really like -- the Children's Health Insurance Program (CHIP) and Deferred Action for Childhood Arrivals (DACA).

Republicans allowed CHIP funding to lapse on September 30, over the intense objections of Democrats concerned about the 9 million children who depend on the program for their health care. Since its inception in 1997, CHIP has only ever experienced a funding lapse for a period of a few weeks in 2007. That's because lawmakers on both sides of the aisle have agreed that supporting health insurance for needy children is a no-brainer. Now, Democrats are pointing out that at any point since September, GOP leadership could have put a clean CHIP funding bill to the floor and averted the crisis they're trying to pin on Democrats.

And how long have they had to deal with DACA? The president rescinded the Obama-era executive order on Sept. 5 and challenged Congress to come up with a legislative fix. Then, he rejected a bipartisan bill to resolve DACA and other immigration concerns that exploded into a sideshow with his "sh*thole countries" reference to African nations. Meanwhile, the clock keeps ticking for those 700,000 DREAMers brought to the U.S. as children, who don't know any other lives but the lives they've built here. Republicans do nothing for them at their peril.

Americans overwhelmingly support the DREAMers. The latest CBS News poll shows that a whopping 87 percent of the public wants a DACA fix. While Americans were split on whether DACA alone merited a shutdown, the high level of support for DREAMers is just going to keep putting pressure on Republicans to act before Mar. 5, when the phasing out of DACA is otherwise set to begin.

So, let's consider where Republicans have spent their legislative time: they jammed through a massive corporate tax cut at the end of 2017 in spite of persistent public disapproval. Look for Democrats to hammer the GOP over its failure to pay the government's bills weeks after a $1.5 trillion tax giveaway engineered by Republicans for months.

After he signed the bill, Mr. Trump himself proclaimed to a roomful of rich donors, "You all just got a lot little richer."  That was already destined to be a pretty popular ad for Democrats. But now, with the shutdown, they've got the tagline, too. President Trump now plans to join his high-dollar confab via videoconference Saturday night instead of in person. Happy anniversary.