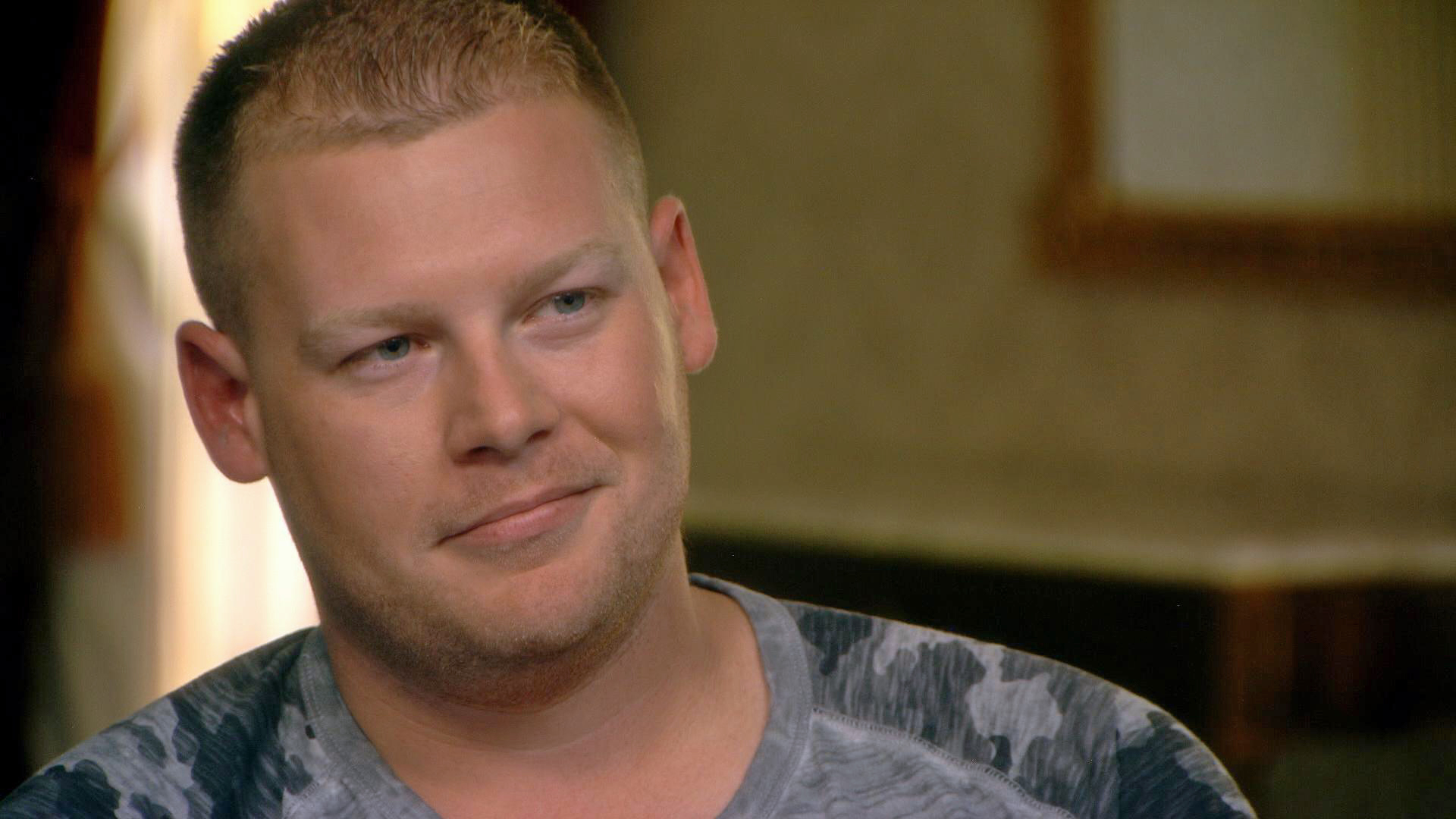 For some veterans - even one who lost a leg -- the war was a defining, motivating experience they wouldn't trade. Others, however, are struggling because of the war they fought. Scott Pelley meets both in his story about veterans of a Marine company that took especially high casualties in Afghanistan. Pelley's report on men who served in Golf Company, 2nd Battalion, 8th Marine Division - a group he first reported on in Afghanistan five years ago, will be broadcast on 60 Minutes, Sunday, March 8 at 7 p.m. ET/PT.

Rory Hamill lost his right leg in Afghanistan and was awarded a Purple Heart. It was an amazing experience to get the medal from President Obama in the hospital, he tells Pelley. But he endured a dark period that included contemplating suicide before emerging, with counseling, a new man with three children and job with the Navy he cares about. Hamill, a corporal, had served two tours in Afghanistan, losing the leg in the second one. Would he do it again? "In a heartbeat. It made me the man I am today."

CPL Nick Xiarhos died on the battlefield in Afghanistan. Jonathan Quiceno has begun a family and successful career since the Marines and says it's because he remembers his buddy who died. "It's because of people like [Xiarhos] that I want to continue to push harder in life and succeed," he tells Pelley. "It's the good ones who pass and I can't let that be in vain."

Quiceno came home and used his veterans benefits to graduate from Temple University. He lives in the Philadelphia area with his wife, a lawyer, and their two young children and he's got a job selling financial products for Lincoln Financial. He doesn't want to forget his combat experience, as difficult as it was. "I don't want to put it behind me. I want it to be real in everything I do because it gives me something to live for."

Devin Jones would rather forget most aspects of his combat experience. He suffers from post-traumatic stress disorder and survivor's guilt. He can't forget a dead buddy either, but for him, the combat death of Dennis Burrow is a debilitating rather than motivating exercise. Jones has been homeless and struggled to keep a job. "I've had nightmares where I've been just sitting there just staring at [Burrow]." He wonders why Burrow and not him. "Every day...How do I deserve to be here?"

Then 2nd Lt. Dan O'Hara is adjusting well to life after two tours of Afghanistan, despite the casualties his men endured. He is a proud veteran, who recently retired from active duty as a captain. He now has a good job with General Electric and even thinks about running for office in the future. "I had done what I wanted to do in the Marine Corps," he tells Pelley. "I could say I deployed twice in the defense of my nation, so that was something I was proud of [but] there's certainly part of you that says, 'I'm glad that that is over with.'"