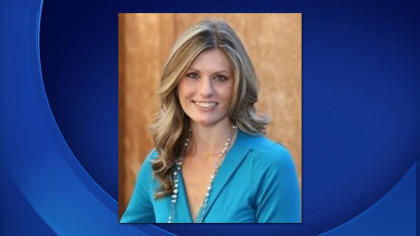 SALT LAKE CITY - A mother was enjoying a family boat trip across Lake Powell when she heard a scream and splash. Her 2-year-old son had slipped off their houseboat and into the water.

Chelsey Russell, a 35-year-old mother of two from Lakewood, Colorado, jumped in to rescue her son. She managed to keep the toddler above water for five agonizing minutes until a relative pulled him safely back onto the boat.

But by that point, Russell was unconscious. She was pulled from the water and rushed to shore at the nearby marina, where bystanders and officials performed CPR Tuesday afternoon.

After about 30 minutes, they determined they couldn’t save the woman who just rescued her son.

Officials with Glen Canyon National Recreation Area, which encompasses the 186-mile-long lake along the Utah-Arizona border, said the boy was in stable condition and flown to a hospital about 200 miles away in Flagstaff, Arizona, as a precaution.

The houseboat had been traveling about 8 mph toward shore when the boy, playing with another child, somehow fell off, San Juan County Sheriff Rick Eldredge said Friday.

After Russell jumped in, her brother stopped the boat and hopped in after his sister, leaving Russell’s mother and at least one other child aboard.

The boat had kept moving after Russell went in and the man realized he was too far away from her and the child, Eldredge said. So he returned to the vessel to retrieve a motorboat they had been towing. The knots tethering it were so tight that he had to cut them with a knife.

Russell was in the water for at least five minutes before her brother could reach them and take the conscious toddler from her chest. Throughout that time, she kept her son above water, her family told authorities.

“She was holding the baby out of the water the best that she could,” Eldredge said.

The sheriff said neither Russell nor her son wore life jackets. They are required for boaters under 12, according to Glen Canyon National Recreation Area.

The sheriff’s office was waiting for the Utah medical examiner to determine Russell’s cause of death, but Eldredge said it was suspected to be drowning. He did not know when the medical examiner would make a ruling.

“There are no words to convey the tragedy of losing a loved one like this,” Teri Tucker, acting superintendent for the recreation area, said in a statement. “Our hearts are with the family and friends of the victims during this time of unexpected pain and loss.”

It’s the sixth death at the recreation area this year.

Russell’s co-workers at a Denver law firm remembered her as a “superstar” attorney, mother and marathon runner who competed in a 100-mile race last year.

“She was a better mom than any other mom I’ve ever known, including myself, and she would have done anything for her kids,” colleague Amy Seneshen told CBS Denver.

“She was a talented lawyer, loved by everyone in this firm,” attorney Keith Tooley said Friday. “She was just a rock star here. Her passing has just crushed us all.”

Russell leaves behind a 5-year-old daughter in addition to her 2-year-old son, according to CBS Denver.