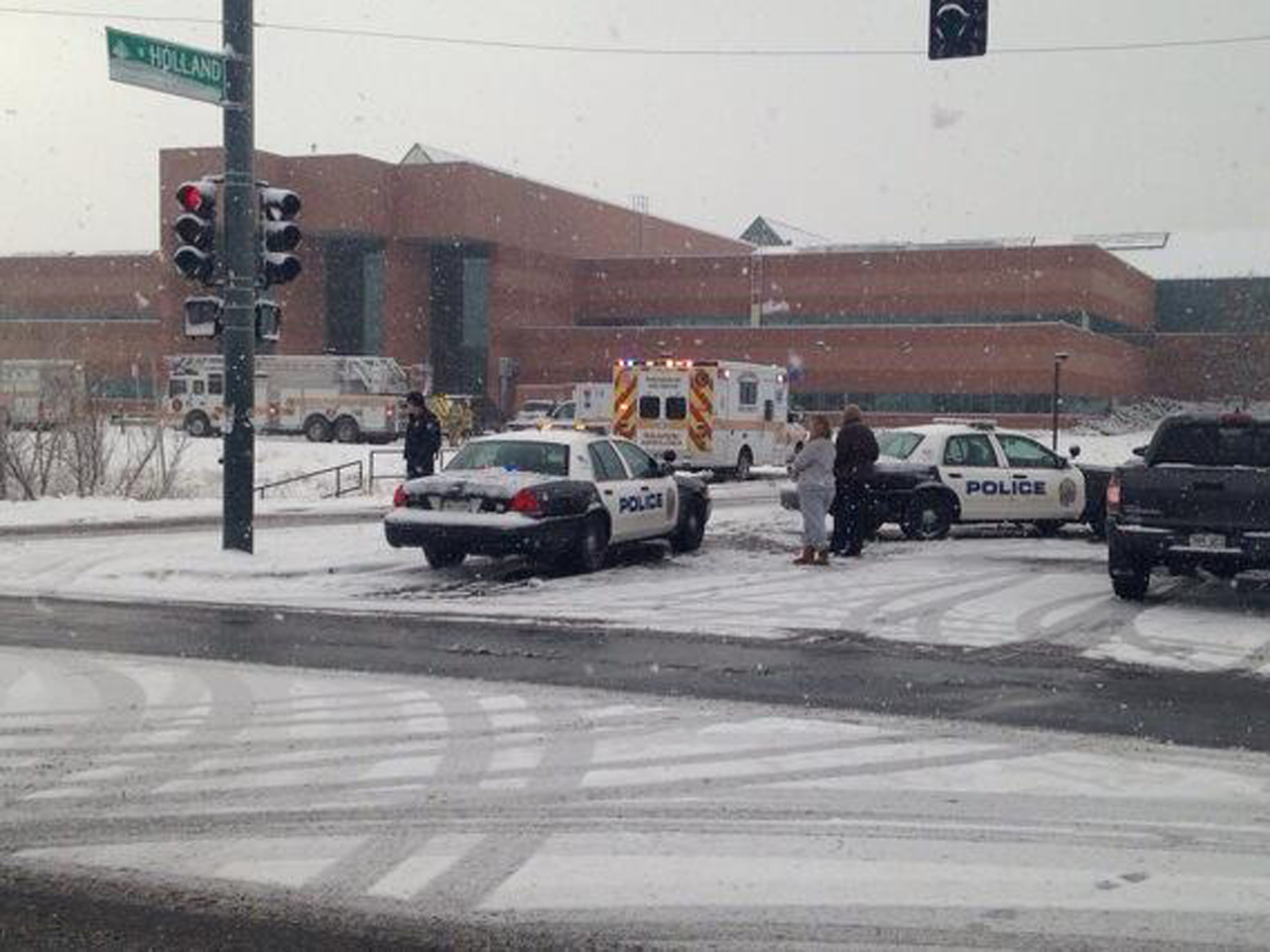 WESTMINSTER, Colo. -- A 16-year-old boy was critically injured Monday after setting himself on fire in the cafeteria at a suburban Denver high school in an apparent suicide attempt, authorities said.

"There is no indication there were any threats to any schools," she said.

Spottke said a custodian was able to use a fire extinguisher to put out the blaze before it could spread. Several other students were in the cafeteria at the time, but none were injured.

She didn't know how the student set the fire, which caused extensive smoke in the building.

Jefferson County Public Schools spokeswoman Lynn Setzer said the school was closed for the day and students were sent home. She said she didn't know if students were in class when the fire was reported.

Setzer said students without cars were taken by buses to a local middle school, where they were picked up by their parents.

Officials said school would not be in session on Tuesday, but there will be counselors available and students can retrieve belongings then, CBS Denver reported.

Security vehicles and police cruisers blocked the entrance to the school as light snow fell on a frigid morning.

Monday's incident was the latest to affect a Denver-area school in recent weeks.

On Thursday, Columbine High School, where two gunmen killed 13 people in 1999, went on high security alert after receiving a series of threatening phone calls. The alert applied to a half-dozen other schools in the area, in the same school district as Standley Lake, but was lifted the same day.

On Dec. 13, student gunman Karl Pierson, 17, fatally shot Claire Davis, a 17-year-old classmate at Arapahoe High School in Centennial before killing himself in the school's library. Pierson reportedly had threatened a teacher and librarian who had disciplined him last year and allegedly was seeking that teacher when he entered the school, investigators have said.

Colorado state lawmakers are considering a bill to spend about $250,000 to continue a hotline students and teachers can use to report threats and bullying anonymously. State officials say the hotline has prevented more than two dozen school attacks since its creation in 2004.

Westminster was home to 10-year-old Jessica Ridgeway, who was abducted on her way to school and killed in 2012. Austin Sigg, who was 17 at the time of the crime, was sentenced to a life sentence plus 86 years. Jessica's disappearance put Westminster and neighboring Denver suburbs on edge as police, aided by an army of volunteers, searched for her and then her killer.