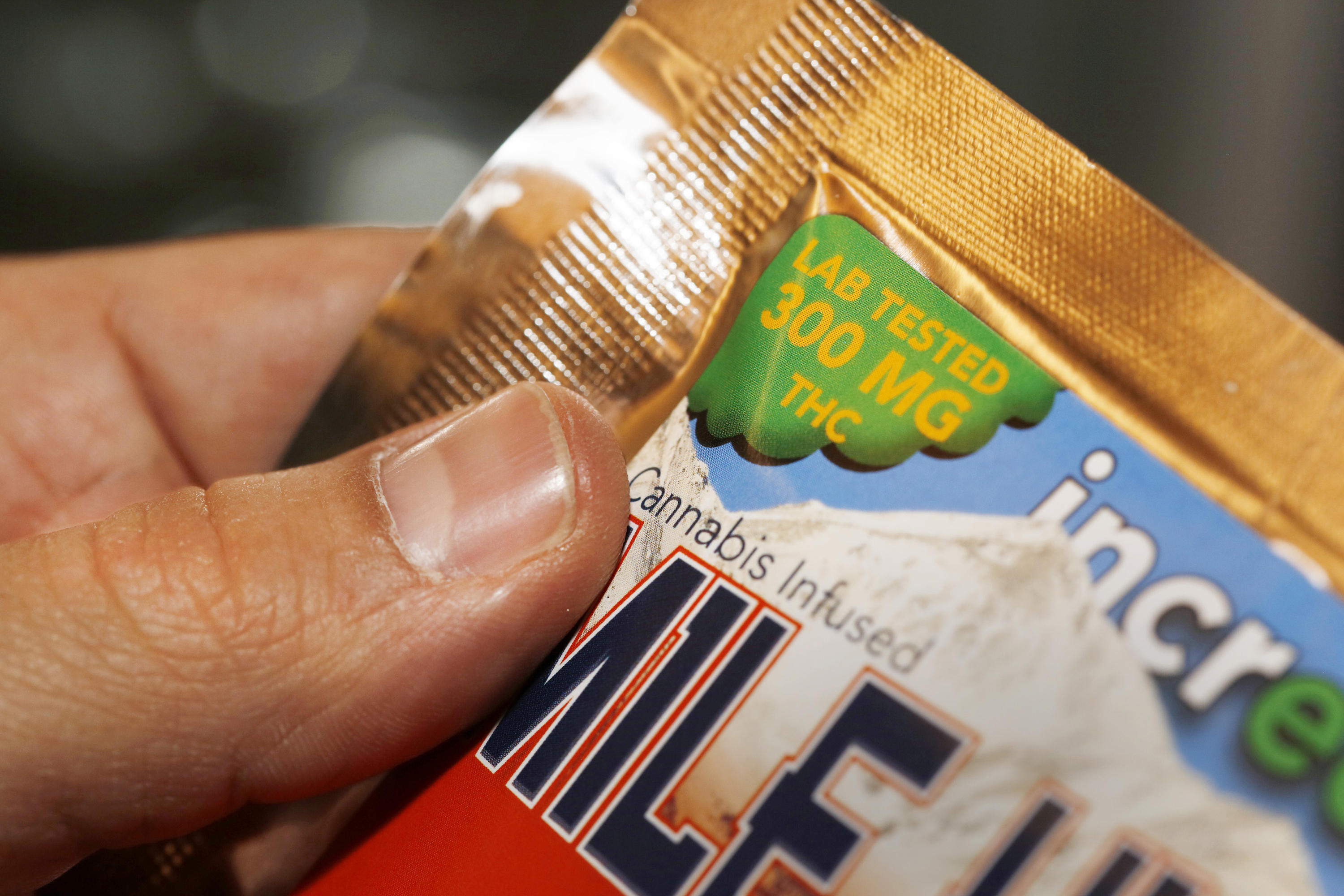 DENVER — A ban on gummy bears and other edible marijuana products shaped like animals, people and fruit takes effect this month in Colorado -- a change aimed at decreasing the likelihood small children will mistake them for a favorite treat.

The switch is less dramatic for Colorado's cannabis companies than adapting to last fall's rollout of exhaustive requirements for labeling, packaging and stamps on individual edible marijuana products.

But it's motivated by the same concerns about children popping tasty-looking products into their mouths and getting sick, or adults accidentally overdoing it when they consume edible pot.

"Anything that can look like candy is more enticing to kids," Wolk said.

But as part of an ongoing effort to avoid a federal crackdown on its marijuana experiment, Colorado has made cutting the number of accidental ingestion reports a priority. In an August letter responding to Attorney General Jeff Sessions' request for information on marijuana legalization, Colorado's governor highlighted the state's progressively stricter packaging and labeling requirements as a key part of its efforts to minimize retail pot's appeal to kids.

Colorado lawmakers approved the ban on some edible shapes in 2016. At one hearing on the issue, lawmakers shown packages of gummy candies that contained pot and typical gummy bears couldn't tell the difference, said Mike Hartman, director of Colorado's Department of Revenue.

"That really highlighted that we need to take some action here and make sure these products are not to be mistaken, particularly anyone under the age of 21," Hartman said.

Other states where marijuana is legal have similar restrictions, including Washington. California also may join in; lawmakers approved shape restrictions this year.

In Colorado, retailers aren't allowed to sell the banned shapes after Oct. 1, but manufacturers had more than a year to prepare and say it wasn't a difficult switch.

At Colorado Harvest Company, a Denver dispensary, CEO Tim Cullen displays the result: a chocolate bar wrapped in a paper sleeve that's difficult for even an adult to slide off; cookies stamped with "T-H-C" in edible dye; and colorful gem-shaped lozenges sold in a white vial capped with a childproof top.

"The same rules that apply to alcohol or prescription medication have to apply to marijuana," Cullen said. "Realizing that you have an adult product in your house and making sure your children can't get it is the ultimate line of defense."

Customers in Colorado pot shops also will notice a bolder disclosure on product labels for the amount of THC -- the compound in marijuana that creates users' "high" feeling.

Researchers don't know much about the impact higher potency products have on consumers, but one study at the University of Mississippi found the potency of marijuana confiscated by federal authorities has steadily increased since the 1990s.

A team at the University of Colorado Boulder is several months into a study on what that means for users.

Federal law prevents researchers from providing cannabis, so study participants buy the products themselves. After they consume the products, Bidwell's team monitors them in driving simulators and takes blood tests.

Right now, Bidwell said, marijuana users have to figure out what level of THC they can handle "with little science to base that on."

"Is it comparable to drinking vodka versus a beer, or something totally different?" she said. "Adults in our state are able to purchase this product, so there are a lot of questions about how it affects them."