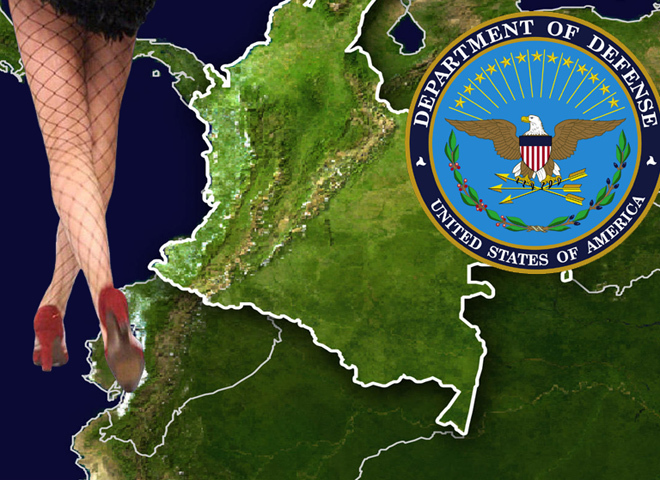 WASHINGTON A Drug Enforcement Administration agent arranged to hire a prostitute for a Secret Service agent in Colombia in advance of a presidential visit last year, according to a Justice Department report made public Thursday.

The DEA agent stationed in Cartagena, Colombia, arranged for a prostitute to give a visiting Secret Service supervisory special agent a massage at the DEA agent's residence, a one-page summary of the Justice Department investigation stated.

The pair later had a sexual encounter and the drug agent arranged to pay the woman, the summary stated. The Justice Department's inspector general produced the summary, which was dated Dec. 20.

Three DEA agents were investigated after the inspector general received information that they may have facilitated a meeting between a prostitute and a Secret Service agent, CBS News correspondent Bob Orr reports.

During the investigation one of the DEA agents admitted arranging the liaison, another said he did not remember, and the third was not present when the encounter happened, Orr reports.

The IG also found that all three DEA agents deleted information from their blackberries when they learned of the broadening investigation into the prostitution scandal.

No criminal charges were brought in this case.

The Justice Department probe was part of a broad investigation into the hiring of prostitutes by Secret Service employees who were visiting Colombia last year in advance of President Barack Obama's arrival for a South American summit.

An investigation by the Homeland Security Department's inspector general found that 13 Secret Service employees had "personal encounters with female Colombian nationals," some of whom were prostitutes, while they were in Cartagena.

The incident became public after a Secret Service agent had a fight over payment with a woman in the hallway of a hotel.

Eventually, the trio of DEA agents admitted they had "paid for sexual services and used their DEA Blackberry devices to arrange such activities," according to the summary.

A DEA spokesman said the matter is under review by the Board of Professional Conduct.