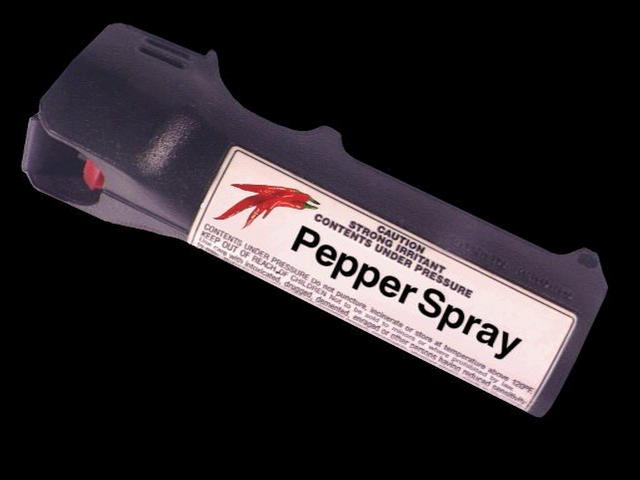 (CBS/AP) LAKEWOOD, Colo. - Aidan Elliott is an 8-year-old suburban Denver boy who, while he was throwing a violent tantrum at his elementary school, was pepper-sprayed by police on Feb. 22. His mother said Wednesday that she wishes authorities had chosen to talk him down instead.

Police in Lakewood say they pepper-sprayed Aidan twice at Glennon Heights Elementary School after he refused to drop a piece of wooden wall trim that he was trying to stab them with.

"I wanted to make something sharp, like if they came out, 'cause I was so mad at them," the boy said on NBC's "Today" show. "I was going to try to whack them with it."

Police say when they told Aidan to drop the stick, he said "Get away from me you f***ers!" police said.

His mother, Mandy, said she wants police in Lakewood to get special training in dealing with children. She said her son has a history of behavioral problems and has responded to rationalization in previous outbursts.

"I don't think a child should get pepper-sprayed," the woman said.

"Our officers had to do something to diffuse the situation in a hurry before someone got hurt," police spokesman Steve Davis told local station KUSA.

"I think the officers made a great choice that day in choosing the pepper spray," he added.

When Aidan was asked on ABC's "Good Morning America" whether he meant it when he told police he wanted to kill them, the boy responded: "A little."

"I kind of deserved it," Aidan conceded to "Today."

The mother said her son was in a special program for children with behavioral problems. He has since transferred to another school.