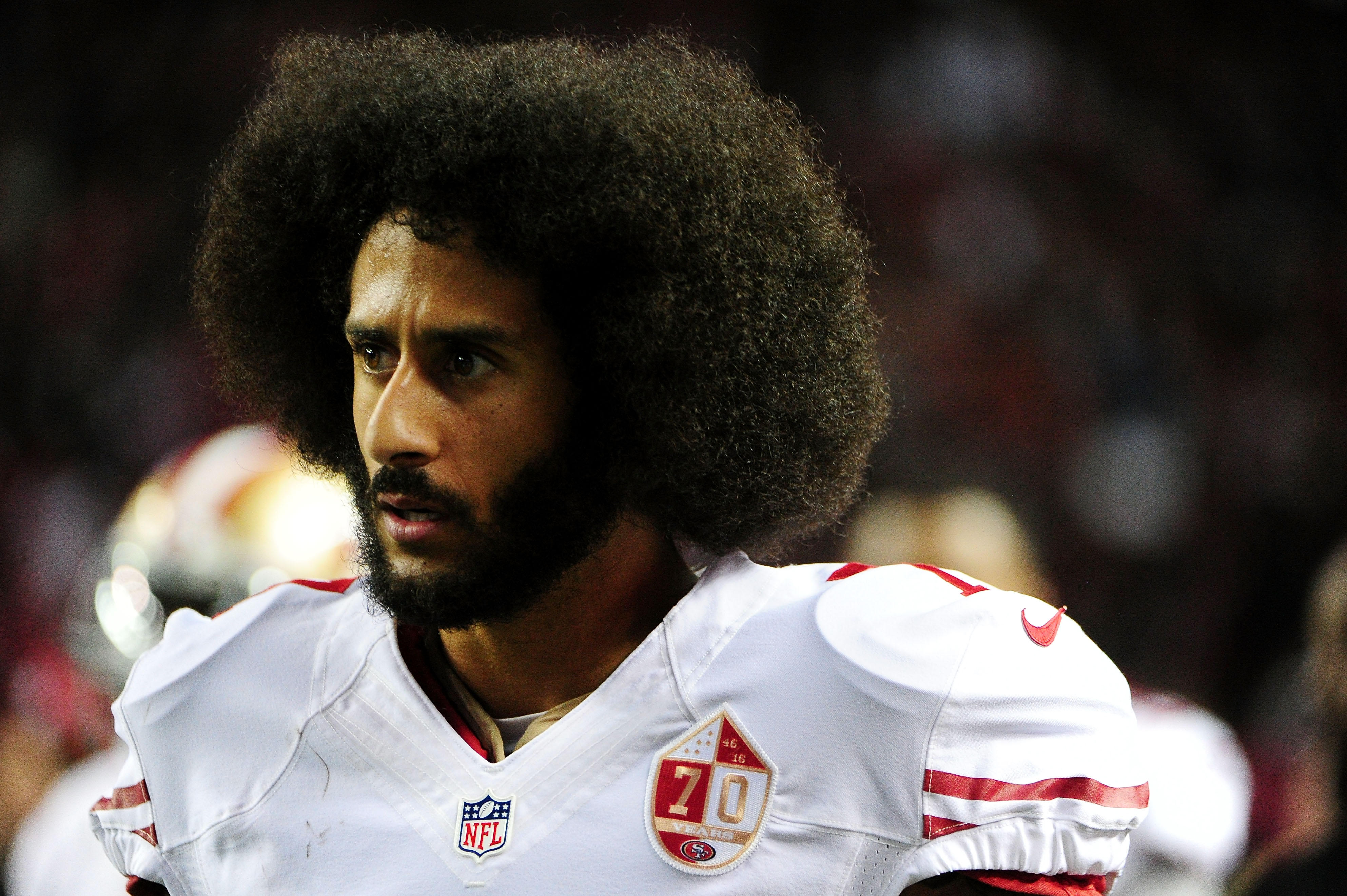 Some San Francisco 49ers fans are rooting for the return of Colin Kaepernick after their starting quarterback, Jimmy Garoppolo, was sidelined by an injury on Sunday. As the team explores its quarterback options, fans on Twitter made it known that they want to see the civil rights activist and face of Nike wear a 49ers jersey again.

Garoppolo, who signed a $157 million contract in the offseason, left in the fourth quarter of Sunday's game versus the Kansas City Chiefs after he made a scramble to the sidelines and got tackled while trying to gain more yards. He grabbed his knee thereafter, raising fears it would be a severe knee injury. On Monday, ESPN's Adam Schefter reported Garoppolo suffered a torn ACL, thus ending his season.

Fans, however, wouldn't let go of a season that began with playoff aspirations. Among the ideas to salvage the year was to sign Colin Kaepernick, who was on the team from 2011-2016 and led the 49ers to the 2012 Super Bowl.

"With Jimmy G out for the season, maybe the 49ers should sign Colin Kaepernick," posted one Twitter user, who described himself as a professional sports bettor.

"It's time for the @49ers to do the right thing and bring Colin Kaepernick back for a try out," another said.

"49ers re-signing Kaepernick would be amazing," wrote another.

Before getting dropped from the team, Kaepernick began kneeling in 2016 during the national anthem to bring attention to racial injustice and police brutality, a move that he maintains cost him his career. Dozens of other players also kneeled or raised fists during the anthem, spurring criticism from President Trump. After the 49ers passed on resigning him in 2017, Kaepernick became a free agent and has been ever since. He is currently pursuing a collusion case against NFL owners, whom he argues conspired to keep him out of the league.

Kaepernick made headlines again recently when he was featured in Nike's latest "Just Do It" ad campaign. The ad was initially divisive, with some people publicly burning or boycotting Nike apparel while others praised the company for siding with Kaepernick's message of social justice. Since Nike unveiled the ad on Labor Day, it's added nearly $6 billion to the company's market value.

What we know about the victims of the Uvalde school shooting