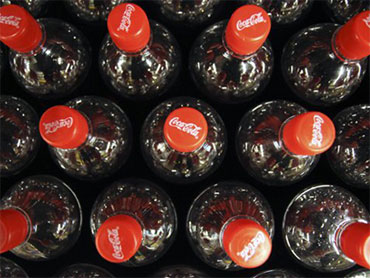 A court case challenging the claims on popular Vitaminwater drinks as bogus and misleading will go forward after a judge denied Coca-Cola's attempts to dismiss the lawsuit.

Attorneys representing the health advocacy group Center for Science in the Public Interest and consumers from three states have accused Coca-Cola of using deceptive labeling on its Vitaminwater line of drinks, including claims that they reduce risks of disease.

Coca-Cola filed to have the lawsuit dismissed on technical grounds, but on Wednesday Judge John Gleeson of the U.S. District Court in New York said the case should proceed.

Gleeson said Vitaminwater's use of the word "healthy" violates Food and Drug Administration labeling rules. In a 55-page opinion, Gleeson also took issue with the Vitaminwater's name, which fails to identify sugar as a key ingredient in the drink. The names of the drinks "have the potential to reinforce a consumer's mistaken belief that the product is comprised of only vitamins and water," Gleeson wrote.

The product's name and labeling could "reinforce a consumer's mistaken belief that the product is comprised of only vitamins and water," Gleeson wrote.

"For too long, Coca-Cola has been exploiting Americans' desire to eat and drink more healthfully by deceiving them into thinking that vitaminwater can actually prevent disease," CSPI litigation director Steve Gardner said.

A representative for Atlanta-based Coca-Cola did not immediately return calls for comment.