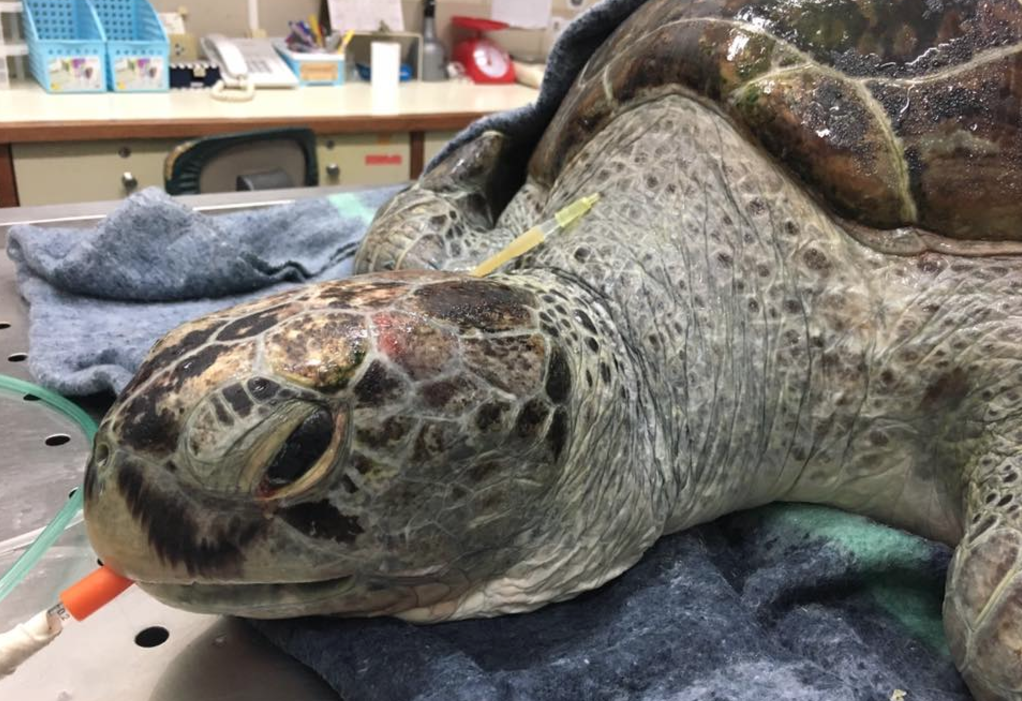 A sea turtle nicknamed “Piggy Bank” after swallowing nearly 1,000 coins died Tuesday after undergoing two surgeries to remove the money from her stomach.

The 25-year-old sea turtle in Bangkok, Thailand, fell into a coma after experiencing intestinal problems during her second procedure on Sunday. Doctors told BBC News the large sea creature died from blood poisoning, which she developed after the initial seven-hour operation on March 6 to remove coins weighing a total of 11 pounds from her body.

Piggy Bank, also known as “Omsin” in Thai, was first discovered eating coins from a pond in the Chonburi province two weeks ago. Visitors often throw them in for good luck.

The unusual mass of metal cracked her shell, reports the BBC. The first surgery to repair her shell and remove the coins appeared to be successful, but things took a sudden turn for the worse over the weekend.

“She was swimming and eating normally for a week now,” Nantarika Chansue, a lead veterinarian at Chulalongkorn University’s faculty of veterinary science, described in a Facebook post after performing the turtle’s second operation. “We planned to return her to the Royal Thai Navy Turtle pond on Thursday. Unfortunately, she developed intestinal volvulus and strangulation on Saturday,” a dangerous condition where the intestine twists around itself.

A team of veterinarians did an emergency corrective operation, but the turtle slipped into a coma.

“With metal toxicity from coins at 200 times higher than normal, toxemia, nutritional deficiency, immunodeficiency, and stress...she did not wake up,” Chansue said.

Doctors said the removal of the coins had created a space in the turtle’s stomach that had probably blocked blood flow in her intestine, reports BBC News. That became fatal after she developed an infection.

“We did our best, but it was not good enough!” Chansue said.