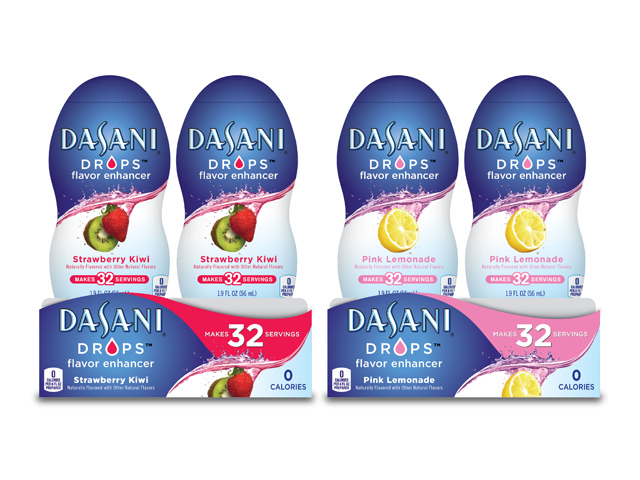 (AP) NEW YORK - Coca-Cola's (KO) newest drink won't come in a bottle or a can. And people will only need a squirt or two to quench their thirst.

The world's largest beverage company is introducing its Dasani Drops in coming weeks, which can be squeezed into water for some on-the-spot fruity flavor. And Coca-Cola is betting that there's big potential for growth.

Although there are no set plans yet, Roddey says the next logical category for liquid drops would be tea. That's because drinks with higher sugar content are harder to turn into a liquid concentrate.

Coca-Cola isn't the first to come out with flavor drops. The category was pioneered by Kraft Food Inc.'s MiO, which was introduced in March of last year and has quickly spawned copycats, including by supermarkets that sell store-brand versions.

The drops are popular because they come in small, portable containers that can be easily tucked into a purse or even back pocket. And unlike powdered drink packets, people can decide how much or little they want to squirt into their water. A small bottle can also have more than two dozen servings, meaning people save money they'd spend on bottled teas or enhanced waters.

As with Kraft's MiO drinks, Dasani Drops use artificial sweeteners and have zero calories.

Now Coca-Cola is preparing to leverage its scale to stake a claim in the category. Roddey says the plan is to make Dasani Drops available wherever its Dasani bottled water is sold, including on supermarket shelves, in checkout aisles or in the refrigerated sections in convenience stores.

"We're looking to make this as broad as we can," he said.

Dasani Drops, which will cost about $4, will start hitting shelves in early October. The company is starting with four flavors, but is already planning to introduce additional flavors next year. Each bottle has about 32 servings.

Without mentioning Kraft's MiO by name, Roddey said Coca-Cola saw the early success other brands had and realized the category had huge potential.

Kraft has said that MiO sales through the first half of the year have more than doubled to more than $100 million. The name means "mine" in Italian, suggesting users can make drinks however they like.

For a beverage giant, however, the introduction of liquid flavor drops is more complicated. Coca-Cola says the drops will boost consumption of water, whether it's tap water or bottled. Ideally, of course, people would use the drops with its Dasani water, which already saw sales volume rise 13 percent in the first half of the year, according to industry tracker Beverage Digest.

Overall consumption of bottled water has also been growing, although at a much slower pace than in the early 2000s, according to Beverage Digest, which reported last week that Coca-Cola planned to introduce the drops.

The drops may hurt Coca-Cola's other units, however. The company also makes enhanced waters, such as Vitaminwater Zero.