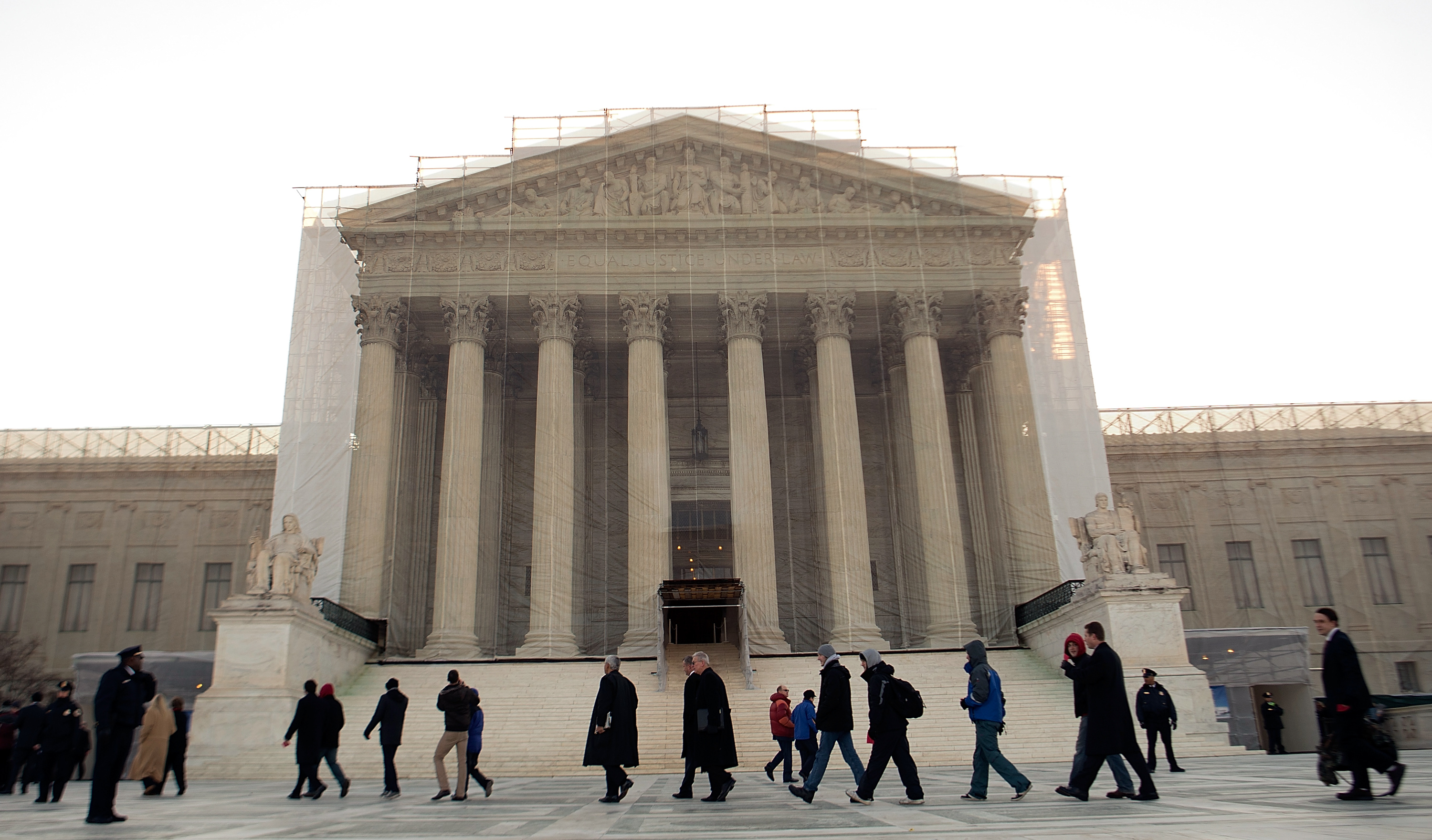 A coalition of media organizations and pro-transparency groups is stepping up its call for allowing television cameras in the Supreme Court during arguments.

The push for cameras in the courtroom has gone on for years, but the Coalition for Court Transparency is attempting to bring more attention to the issue with a new 30-second TV ad it’s airing in the Washington, D.C. area. The coalition is also collecting signatures on its website for a petition asking Chief Justice John Roberts to open the courtroom up to cameras.

"The Supreme Court's decisions impact the lives of Americans everywhere. But only a privileged few get to witness history and see justice in action,” a narrator says in the ad. “Leading Republicans and Democrats and a large majority of Americans support a simple fix – putting cameras in the Supreme Court.”

The coalition includes seven media organizations -- the American Society of News Editors, the National Association of Broadcasters, the National Press Foundation, the National Press Photographers Association, the Radio Television Digital News Association and Reporters Committee for Freedom of the Press and Society of Professional Journalists. They’re joined by four legal and pro-transparency groups -- the Alliance for Justice, the Constitutional Accountability Center, the Liberty Coalition and OpenTheGovernment.org.

"The idea that such a fundamental function of our judiciary is hidden from the vast majority of the American public does not comport with 21st century expectations of transparency, no matter what your political leaning," Michael Ostrolenk, co-founder of the Liberty Coalition, said in a statement.

Ostrolenk suggested opening up oral arguments to cameras could help restore public confidence in the Supreme Court. A CBS/ New York Times poll from May 2013 showed that 44 percent of Americans said they approved of the way the Supreme Court is handling its job while 40 percent said they didn’t.

Those who want to witness oral arguments must wait in line outside of the Supreme Court to get one of the approximately 250 seats in the courtroom. For cases concerning hot-button issues like health care or same-sex marriage, people will start lining up days before the arguments or pay “place holders” to stand in line for them.

Some congressmen and news outlets asked the court to televise its proceedings in the case considering the constitutionality of the Affordable Care Act, given the historic nature of the case, but the court rejected the request.

All 50 state supreme courts allow recording equipment to varying degrees. The federal courts, meanwhile, have placed cameras in 14 courtrooms as part of a three-year program studying the impact of the cameras.

As far back as 1994, the Federal Judicial Center published a report -- based on a years-long study on the use of televised and still camera coverage in six trial courts and two appellate courts -- concluding that cameras don’t have any harmful impact on the justice system.

Still, the justices on the Supreme Court are extremely hesitant to add cameras to the courtroom.

Justices Stephen Breyer and Anthony Kennedy last year told Congress that cameras may make them feel pressured to edit what they say. Kennedy said he wouldn’t want that "insidious dynamic" in the courtroom. Justice Antonin Scalia said in 2012 that video footage would only serve to "miseducate the American people."

What a former CDC director says about Omicron
Stephanie Condon