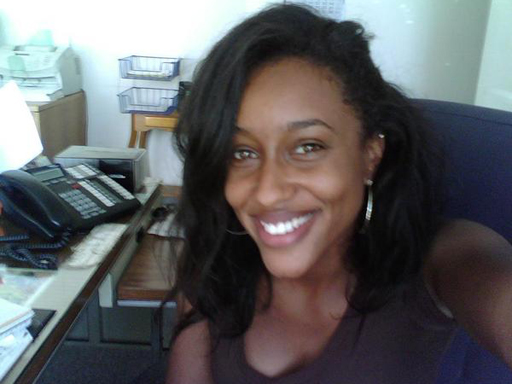 Rainbow the cat is a typical calico with splotches of brown, tan and gold on white. Cc, her clone, has a striped gray coat over white.

Rainbow is reserved. Cc is curious and playful.

Rainbow is chunky. Cc is sleek.

Wayne Pacelle of the Humane Society might be inclined to say: I told you so. But then, so would cc's creators at Texas A&M University.

Sure, you can clone your favorite cat. But the copy will not necessarily act or even look like the original.

Cc (for carbon copy) is just over a year old. Her birth Dec. 22, 2001, was big news when it was announced last February because it was the first time a household pet had been cloned. Previous mammal clones were barnyard animals like cows and goats.

Cc's creation was funded by Genetic Savings & Clone, a company that hopes to make money from people's desires to duplicate their favorite pets. Last February, in the journal Nature, the A&M researchers published details of the project and DNA test results that showed cc was a clone.

But people who hope cloning will resurrect a pet will be disappointed, said Duane Kraemer, one of A&M's animal cloning experts.

Experts say environment is as important as genes in determining a cat's personality. And as far as appearance, having the same DNA as another calico cat doesn't always produce the same coat pattern.

"This vindicates the opposition we espoused from the beginning, that cloning does not lead to duplication," said Pacelle, senior vice president of the Humane Society of the United States.

"Not only does cloning not produce a physical duplicate, but it can never reproduce the behavior or personality of a cat that you want to keep around. There are millions of cats in shelters and with rescue groups that need homes, and the last thing we need is a new production strategy for cats."

Before the birth of cc, Genetic Savings & Clone had hundreds of pet DNA samples stored at a cost of $895 for healthy animals and $1,395 for sick or dead animals.

Lou Hawthorne, Genetic Savings & Clone chief executive, has estimated that the cost to create a clone will initially be in the low five figures and later drop to the low four figures.

Though cc's arrival sparked a deluge of calls from pet owners, more research is needed to figure out how to produce consistently healthy clones before the company can start doing it commercially, said Ben Carlson, the company's spokesman.

"A year ago, we said we'd start commercial services in a year, and here we are a year later," Carlson said. "It's really impossible for us to make a certain prediction as to how long it's going to take to develop the technology to get successful results."

There is a demand from dog lovers, but scientists so far have been unable to clone a canine.

In fact, cc's creation was the result of a dog lover, not a cat lover. University of Phoenix founder John Sperling wanted a duplicate of his collie mix, Missy. With his $3.7 million, Texas A&M launched the "Missyplicity" project over four years ago.

Now, Missy is dead, euthanized last year because of an inoperable growth on her esophagus. Sperling has redirected his funding to the Sausalito, Calif.-based Genetic Savings & Clone, which he hopes will one day deliver a clone of Missy.

Carlson said the company tells pet owners that cloning won't resurrect their pet and that the company has turned away some customers clearly interested in getting the same animal.

"In the short term, it's easy to exploit that misperception," he said. "But in the long term, it's unethical, and the pet owner will quickly find that, `Hey, this isn't Fluffy, this puppy doesn't recognize me or know all the old tricks."'

However, he said cloning could reproduce what a pet owner considers to be exceptional genes, particularly from an animal with unknown parentage or one that has been spayed or neutered.

"A small percentage of the population know exactly what they want and they want to stick with it - another animal as similar as possible," Carlson said. "That's the motive we've encountered among our clients."

But disclaimers could go unheard by pet owners desperate to duplicate an animal, said University of Pennsylvania bioethicist Arthur Caplan, a critic of cloning and companies that purport to sell it.

He said animal lovers bond with pets because of their personalities and behaviors, not the genetic material that defines the immune system or blood type.

"The new cloned dog won't know the old tricks - you have to teach them," Caplan said. "It doesn't matter how many genes they have in common."

With the Missyplicity funding gone, Texas A&M will continue trying to break new ground in cloning farm animals, wildlife and dogs, but it is finished with cats and any commercial pet venture.

As for cc, the Texas scientists say she has shown no signs of genetic defects.

"She's been perfectly healthy and perfectly a cat ever since her birth," Kraemer said. "That's true of all our clones. You'd have to be told they were cloned in order to know" they weren't conceived the natural way.

Even so, cc has been protected by a sterile environment, a precaution to make sure she is healthy; visitors are not allowed to pet her.

That will change gradually when she moves into her new home with Kraemer and his wife, Shirley. The Kraemers will introduce her slowly, first exposing her to people who have cats before letting her cavort with their other two felines.

In time, they plan to breed cc and let her produce some carbon copies of her own. But they are looking for just the right tom.

"Our geneticists haven't gotten back with that information," Kraemer said.

Something to consider before posting about kids online