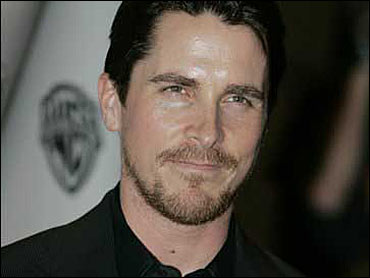 Christian Bale can be heard in newly surfaced audio delivering a long, profanity-laced verbal thrashing to a cinematographer and anyone who tried to calm him down on the set of the upcoming "Terminator Salvation."

The three-minute clip was posted Monday on the Web site TMZ.com.

In it, the actor who portrayed Batman in "The Dark Knight" rails against cinematographer Shane Hurlbut for apparently walking behind co-star Bryce Dallas Howard and through Bale's line of sight, considered a film-set foul.

"If you do it one more time I ain't walking on this set if you're still hired!" Bale howls in one of the few publishable moments from the clip.

The incident took place last July on the set at Kirtland Air Force Base in New Mexico, days before Bale would face assault allegations from his mother and sister in London. Charges were never filed because his family did not want to press the matter and because prosecutors said there was a lack of sufficient evidence.

Bale's is the only voice that is audible on the tape, though he's clearly responding to Hurlbut, the film's director McG, and others trying to persuade him to relax.

"Let's not take a (expletive) minute! Let's go again!" he yells at one point.

A phone message left early Tuesday with a publicist for the 35-year-old actor wasn't immediately returned.