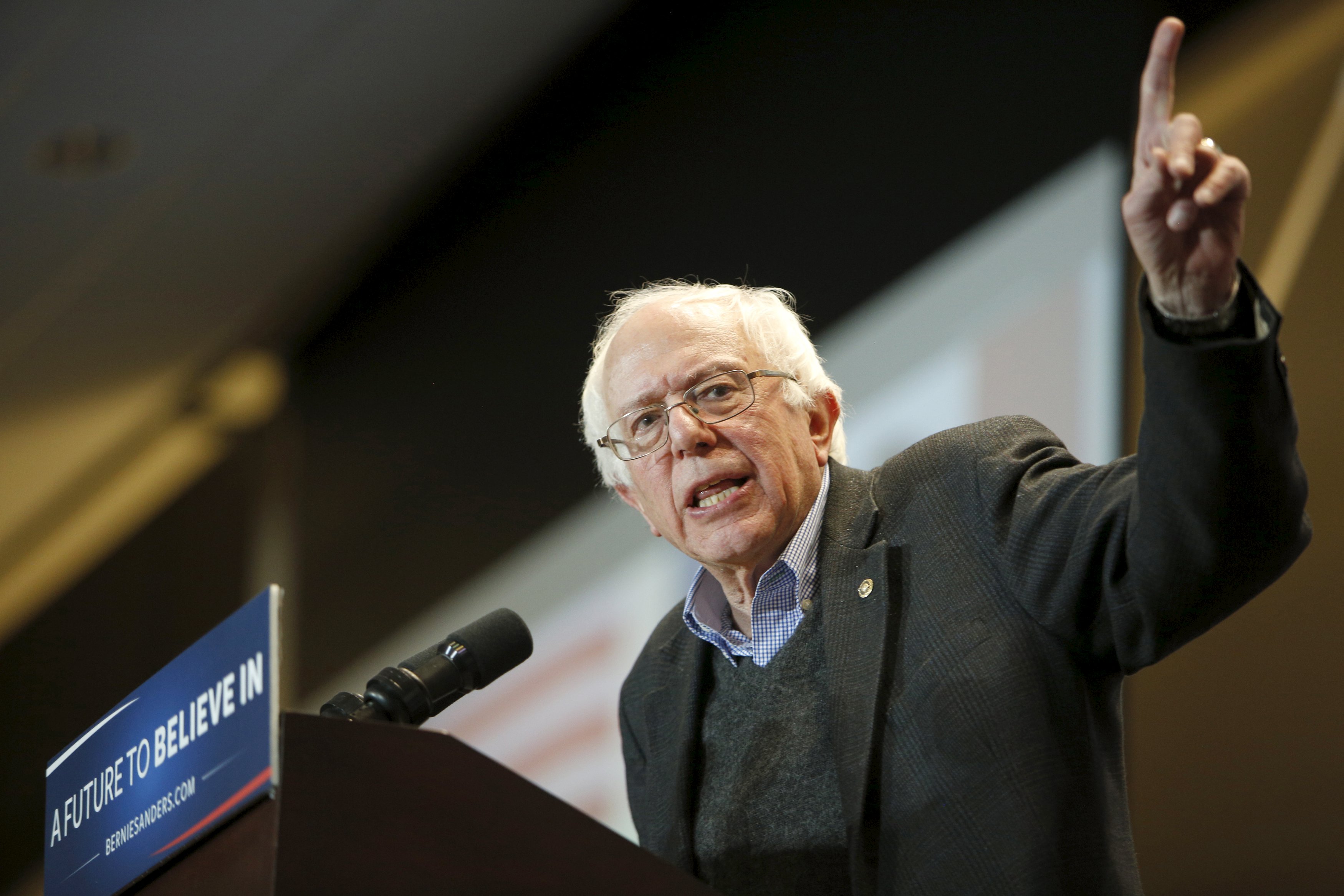 Democratic presidential candidate Bernie Sanders said Sunday that rival Hillary Clinton is attacking him on guns because she is "nervous" and "panicky," according to the Des Moines Register.

Sanders was speaking to voters in Iowa where a new poll out Sunday showed him in a virtual tie with Clinton. The NBC/Wall Street Journal/Marist survey showed that among likely Iowa Democratic caucus-goers, Clinton edges out the Vermont senator by just three points, 48 percent to 45 percent -- a lead within the poll's margin of error of 4.8 percentage points.

Clinton attempted to brush off the bad numbers in an interview on CBS' "Face the Nation" Sunday.

"These polls go up, they go down. I stay pretty focused as I think we all should on what we have to do to build on the progress of the Obama administration but go even further," she said.

But Sanders is using the poll to undercut Clinton's argument that she is the only candidate running for the Democratic nomination who will be electable at a national level and capable of beating the Republican candidate.

"She is wrong. And the facts tell us she is wrong," Sanders said. "It doesn't sound to me like here in Iowa, a battleground state, that she is the most electable candidate."

Sanders also defended himself against Clinton's attacks on gun issues. She has been criticizing his vote in favor of 2005 law that absolved gun manufacturers of any legal liability when someone uses their products during the commission of a crime, a vote he has defended by pointing to the fact that he represents a state with a strong hunting tradition where as recently as 2010 over half of adults owned guns.

"I think that the excuses and efforts by Senator Sanders to avoid responsibility for this vote, which the NRA hailed as the most important in 20 years, points up a clear difference," Clinton said in the "Face the Nation" interview.

Sanders said at his campaign rally Sunday that Clinton hasn't always had the most pure record on guns, and noted that in 2008, then-Sen. Barack Obama called her "Annie Oakley" after she voiced support for gun rights and reminisced about learning to shoot during family vacations in Scranton, Pennsylvania.

"You remember that?" Sanders told the audience. "She was criticizing him [because] he was too strong on guns. So I think we've seen some vacillation there."