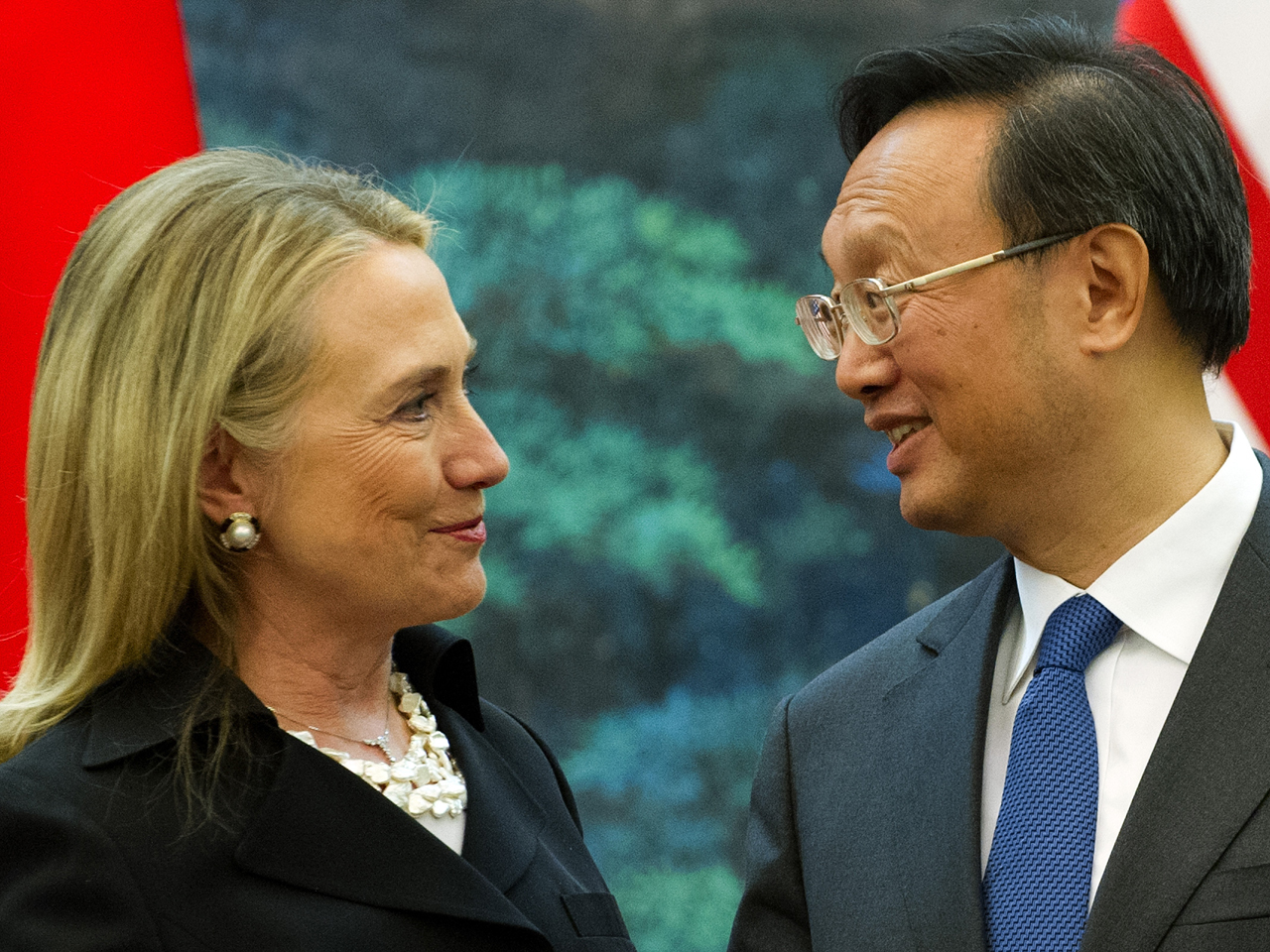 (CBS News) BEIJING - In answer to a question from CBS News as to whether China and the U.S. have come to any agreement on how to end the violence in Syria, Secretary of State Hillary Rodham Clinton could only reiterate Wednesday that the U.S. was "disappointed" by China's blockage of tougher action by the United Nations Security Council.

Standing in the Great Hall of the People with the Chinese Foreign Minister by her side, Clinton called the situation in Syria "a threat to peace and stability in the entire region, and the longer the conflict goes on, the greater the risk that it spills over borders and destabilizes neighboring countries."

China continues to oppose outside intervention in Syria, along with Russia, but insists it is not taking sides with either "party" in the civil war - President Bashar Assad's government or the opposition.

Opposition activists say the Assad regime's brutal tactics in the lopsided war have left more than 20,000 people dead since it began more than 17 months ago.

Clinton said the U.S. and China do not see "eye-to-eye" on human rights issues.

U.N. largely united on Syria, to little effect
Record 100K refugees flee Syria in August
Syria: No talks with rebels until they're crushed

"Like many countries, we support a period of political transition in Syria," said Chinese Foreign Minister Yang Jiechi. "At the same time, we believe that any solution should come from the Syrian people and reflect their interests. It should not be imposed from outside."

America's top diplomat met Chinese President Hu Jintao Wednesday morning before the news conference with Yang, but her scheduled afternoon meeting with Vice President Xi Jinping - expected to become president this fall - was cancelled without warning or explanation by the Chinese. They cited "unexpected scheduling issues." Clinton met instead with Vice Premier Li Keqiang who is widely expected to succeed Wen Jiaboa as China's next Premier.

Secretary Clinton arrived in Beijing this week greeted by barbs in the national press and an obstinate Chinese government.

The Communist Party's flagship paper ran a headline referring to Clinton as a "figure who deeply exacerbates U.S.-China mutual distrust," while the state-controlled Xinhua news agency ran an article calling for the U.S. to "stop its role as a sneaky troublemaker sitting behind some nations in the region and pulling strings" - a reference to U.S. backing for China's neighbors in ongoing territorial disputes with Beijing.

Clinton's trip failed to deliver any breakthrough on the disputes over the South China Sea islands and the oil-rich waterways around them which are claimed by China and other nations including Japan, the Philippines, Vietnam and Brunei.

The area in dispute holds an estimated 33 billion tons of oil, and is a transit point for more than $1.2 trillion in U.S. trade.

After meeting Hu, Yang and other officials, Clinton left Beijing with statements of "mutual respect" from Chinese government officials, and an agreement to continue to disagree as the two nations learn, "to manage our differences."