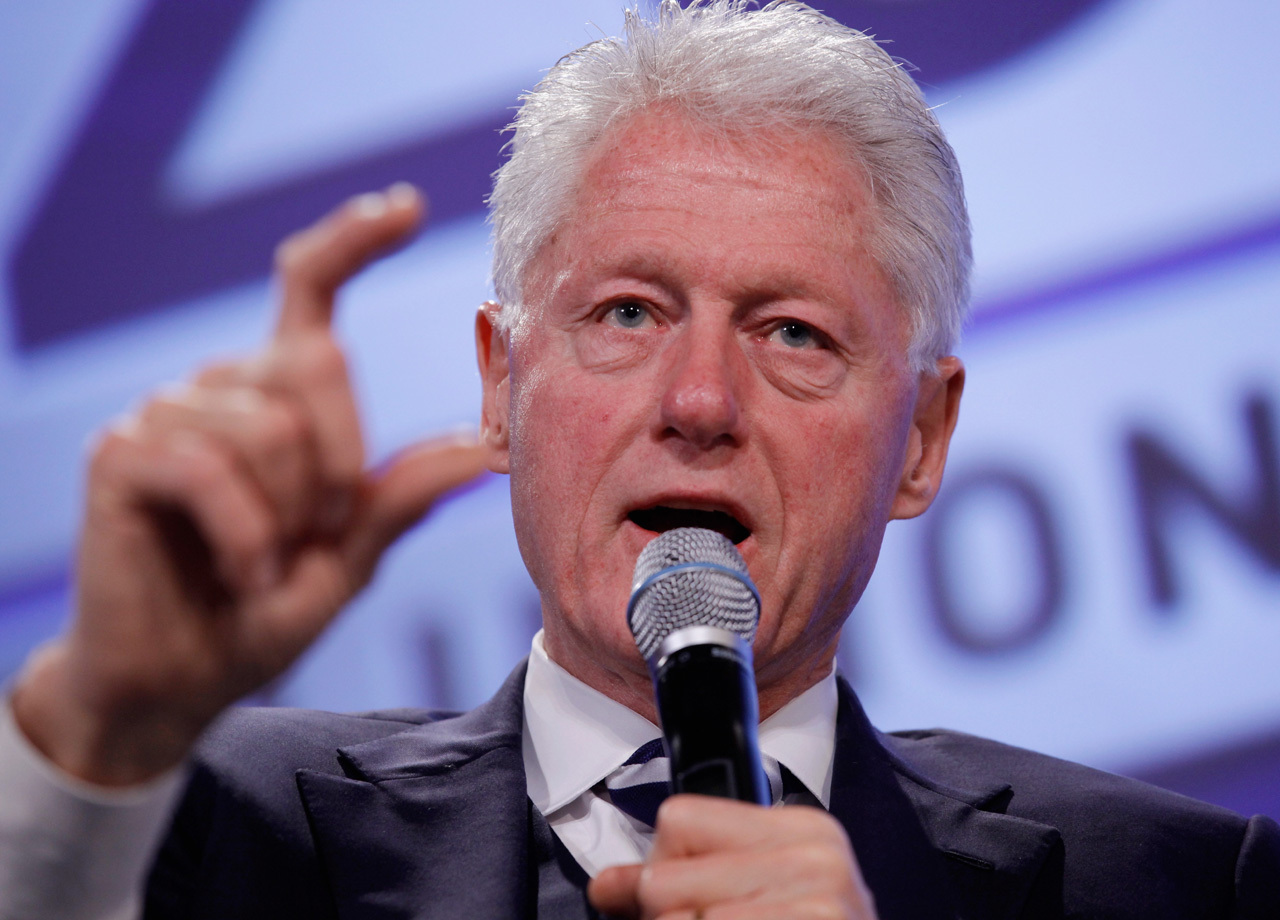 In 2014, former President Bill Clinton accepted an award at a gala benefiting the Happy Hearts Fund, a charity benefitting schools impacted by natural disasters. However, the New York Times reports, Mr. Clinton's appearance at the event came after the charity agreed to give $500,000 to Mr. Clinton's much larger nonprofit, the Clinton Foundation.

The Happy Hearts Fund repeatedly invited Mr. Clinton to its annual galas, but he did not attend "until there was a thinly veiled solicitation and then the offer of an honorarium," the charity's former executive director, Sue Veres Royal, told the New York Times.

Spokesmen for the Clinton Foundation and for the Happy Hearts Fund's founder Petra Nemcova told the New York Times that the $500,000 donation was not solicited, and the money is being used to fund projects in Haiti. The Clinton Foundation, which has increased its transparency since Hillary Clinton's presidential campaign geared up, clearly lists the Happy Hearts Fund as a contributor on its website.

Still, the incident illustrates the way the Clintons have leveraged their influence to benefit their causes. The $500,000 that Happy Hearts Fund gave to the Clinton Foundation equaled about 20 percent of the net proceeds from the 2014 gala.

The donation to the Clinton Foundation wasn't the only costly part of the gala, which raised raised a reported $2.5 million. Aside from the Clinton Foundation donation, Happy Hearts Fund spent $363,413 for the event, the New York Times reported. The event was held at the posh Cipriani 42nd Street and featured a short performance from Sheryl Crow.

As the Clinton Foundation comes under new scrutiny in the context of Hillary Clinton's campaign, Bill Clinton has sought to defend the foundation's record. On Friday, he sent an email to supporters to thank them and give an update on the programs the foundation is funding in Africa. He also addressed the recent news coverage about the foundation.

"As you all know, it's the political season in America, so the purpose and impact of the efforts your support makes possible has largely been ignored in recent coverage of the Foundation," Mr. Clinton wrote. "But we are and always have been a non-partisan, inclusive foundation with lots of support from and involvement by people across the political spectrum and governments from right to left, all committed to our creative solutions-centered work."