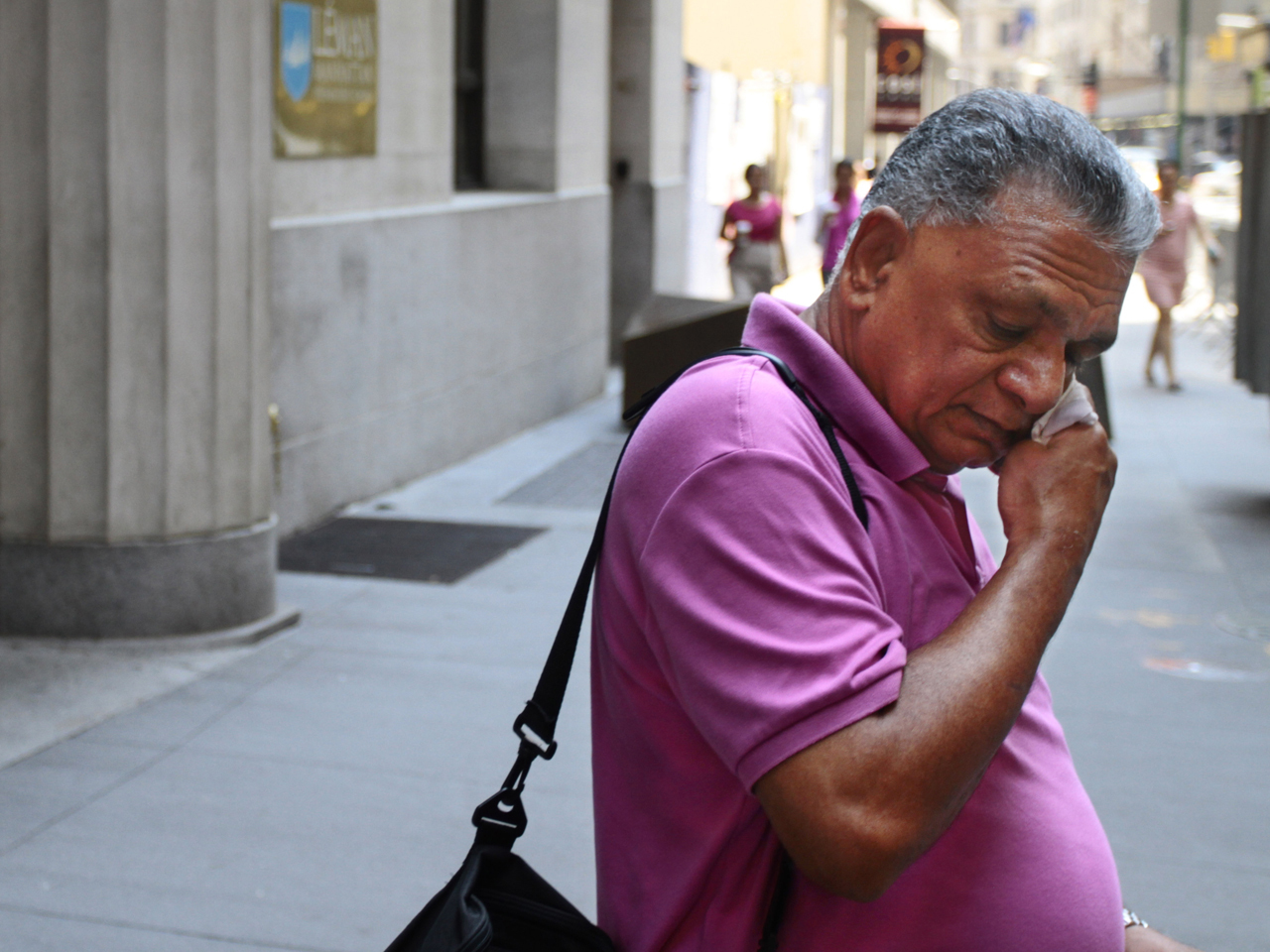 The combination of global warming and shifting population means that by mid-century, there will be a huge increase in the number of Americans sweating through days that are extremely hot, a new study says.

People are migrating into areas - especially in the South - where the heat is likely to increase more, said the authors of a study published Monday by the journal Nature Climate Change. The study highlighted the Houston-Dallas-San Antonio and Atlanta-Charlotte-Raleigh corridors as the places where the double whammy looks to be the biggest.

"It's not just the climate that is changing in the future," said study co-author Linda Mearns, a senior scientist at the National Center for Atmospheric Research in Boulder, Colorado. "It is many things: how many people and where people are that affects their exposure to climate changes."

In a unique study looking at the interplay of projected changes in climate and population, scientists tried to characterize the number of people who will feel temperatures of 95 degrees or higher and how often they will feel it. They used a figure called person days for the extreme heat to reflect both the length of time heat waves continued and how many people felt it by multiplying people affected by how many days they felt the heat.

The scientists used 11 different climate models based on current trends of heat-trapping carbon dioxide emissions and matched those with demographic trends. Both the increased heat and population shifts had about equal effects but together they made matters even worse, said lead author Bryan Jones, a population geographer at the City University of New York.

The question is, will be people adapt by changing their lifestyle, such as staying indoors and using more air conditioning, or will they move to cooler climates. Jones said it is unlikely that people will move to cooler areas to escape the heat, saying historically people tend to move away from colder areas and into warmer areas like Florida, Arizona and North Carolina.

The scientists chose a threshold of 95 degrees because "at 95 people really, really start feeling it," Mearns said. "Even in a dry climate and I'm sitting here in Boulder, Colorado."

Several outside scientists praised the study. University of Georgia meteorology professor Marshall Shepherd said the problem is likely even worse when you take into consideration the fact that cities get hotter than rural areas.