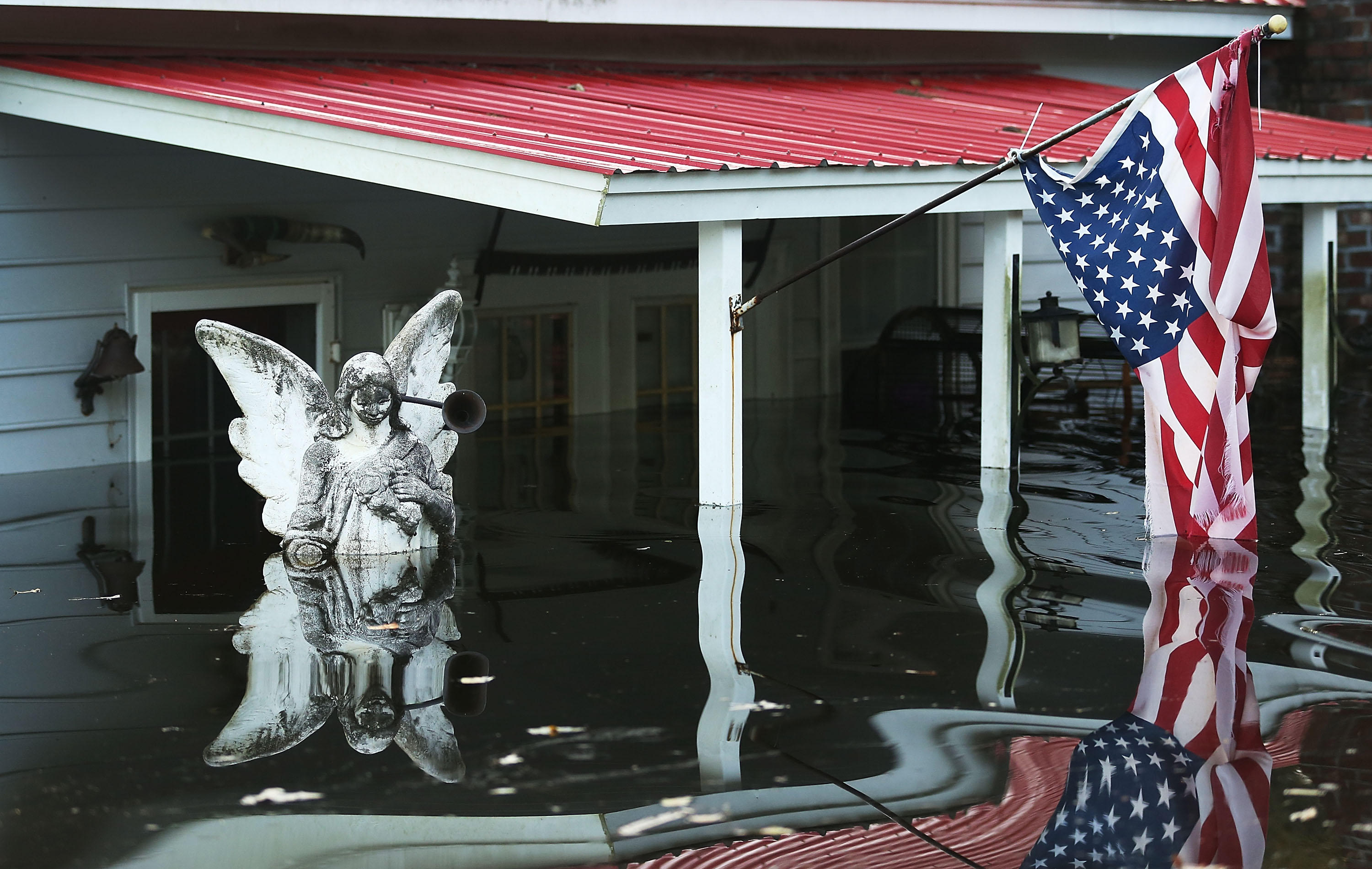 Extreme downpours — like those that flooded Louisiana, Houston and West Virginia earlier this year — will happen nearly three times as often in the United States by the end of the century, and six times more frequently in parts of the Mississippi Delta, according to a new study.

Scientists have long pointed out that warmer air holds more moisture, so man-made climate change will increase the frequency of extreme downpours. That increase has already started, they say, but new work with much stronger computer simulations shows just how bad it will get, and where.

The high-resolution computer simulation — about 25 times better than other computer models — projects at least a fivefold increase in downpours in the Gulf Coast, Atlantic Coast and Southwest, according to a study in Monday's journal Nature Climate Change.

Study lead author Andreas Prein, a scientist at the National Center for Atmospheric Research, said the entire U.S. will average a 180 percent increase in these types of downpours by 2100. The Midwest and parts of the West Coast are expected to see the smallest increases.

Previous projections haven't been as detailed because they could not take into consideration small scale weather events like thunderstorms. The new computer simulations can, Prein said. He looked at the type of thunderstorms that are in the top one half of 1 percent of rainmakers.

"It's much more likely that you'll get hit by very strong thunderstorms, very strong downpours in the future climate," Prein said. "What this means in the future is you might have a much higher potential for flash floods. This can have really big impacts."

Outside experts praised the study.

"The paper elegantly shows why these heavy downpours increase in frequency when the air is moist but decrease when the air is dry," said Stanford University climate scientist Chris Field. "With high warming through the century, this paper projects that most of the U.S. (gets) scary increases in the frequency of downpours."