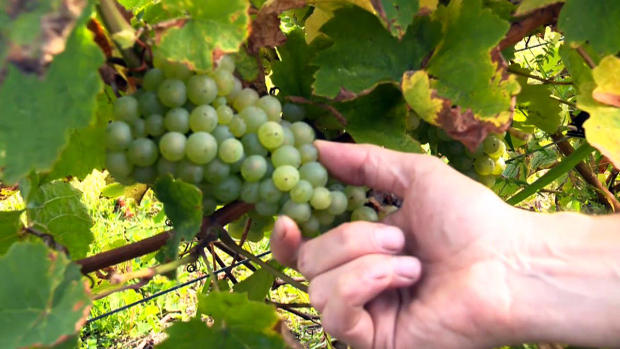 While no one wants to promote climate change, a group of Vermont winemakers can thank the state's rising temperatures for an economic boost. They have been able to add warmer-weather varieties, like pinot noir, to their selection.

Thirty years ago, winemaker Patrick Barrelet says, the grapes would not have survived Vermont's cold winters. "We definitely have seen bigger crops in I'd say the last 10 years," he told CBS News, adding that he thinks it is because of climate change.

The National Weather Service says temperatures in the area have warmed by two and a half degrees since 1970. Last month, the Intergovernmental Panel on Climate Change said it is "extremely likely" thatclimate change is man-made.

The temperature increase may not feel like much to humans, but to plants, a couple of degrees is a huge change, said meteorologist Andy Nash.

The warmer weather also comes at a price for the local wine industry: Vermont is one of the only states where winemakers produce ice wine, a dessert wine crafted from frozen grapes. Without a freeze, the trademark could become a thing of the past.