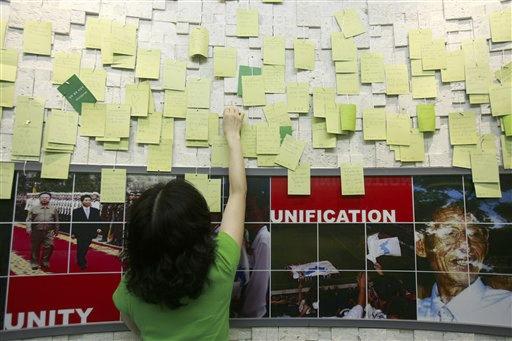 Global warming is approaching the critical point of no return, after which widespread drought, crop failure and rising sea-levels would be irreversible, an international climate change task force warned Monday.

The report, "Meeting the Climate Challenge," called on the G-8 leading industrial nations to cut carbon emissions, double their research spending on green technology and work with India and China to build on the Koyoto Protocol.

A broad scientific consensus attributes much of the warming to the accumulation of "greenhouse gases" in the atmosphere, such as carbon dioxide from fossil fuel-burning. The Kyoto Protocol, which takes effect Feb. 16, mandates cutbacks in such emissions, but the United States, the biggest emitter, has rejected that international pact.

"World leaders need to recognize that climate change is the single most important long-term issue that the planet faces," he said.

The independent report — by the Institute for Public Policy Research in Britain, the Center for American Progress in the United States and The Australia Institute — is timed to coincide with Blair's commitment to advance climate change policy during Britain's G-8 presidency.