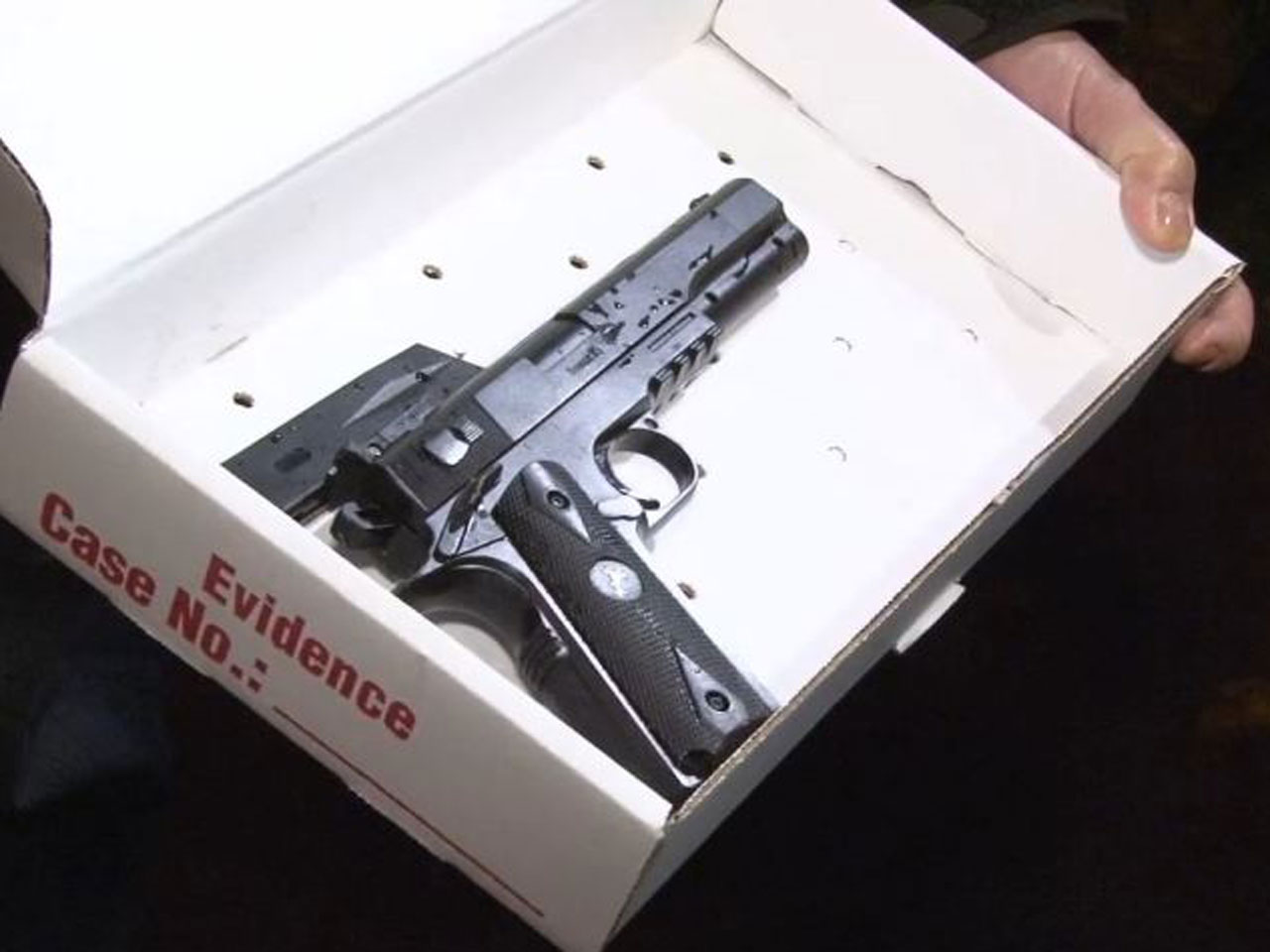 A 12-year-old boy in Cleveland died Sunday, a day after being shot by police who mistakenly believed he had a real gun, officials said.

CBS affiliate WOIO in Cleveland reports both officers involved in the shooting have been placed on administrative leave, as is protocol in officer-involved shooting incidents, as the department investigates the shooting.

The Cuyahoga County medical examiner identified the boy as Tamir Rice. An attorney for his family, Timothy Kucharski, said the boy went to the park with friends Saturday afternoon, but he did not know the details of what led to the shooting.

"I don't want to make a rush to judgment," he said.

The incident began Saturday afternoon at a local rec center, when witnesses reported a male was in the playground area waving a gun and pointing it at people.

A man who called 911 told dispatchers the boy was on a swing set and pointing a pistol that was "probably fake" and scaring everyone.

The caller said the boy was pulling the gun in and out of his pants.

Jeff Follmer, president of the Cleveland Police Patrolmen's Association, said the officers were not told the caller thought the gun might be fake.

The officer called to the playground outside a city recreation center saw the pistol sitting on a table or bench, and watched the boy grab it and put it in his waistband, Follmer said.

Police said after officers arrived, they told him to raise his hands, an order the child allegedly did not follow.

"The young man had the weapon in his waistband. He pulled the weapon out. One of our officers fired two shots, striking the young man," Deputy Chief Ed Tomba with the Cleveland Police Department told WOIO.

The boy had an Airsoft replica gun that had the orange safety indicator removed, police said.

Rice, the boy's mom, lives across the street from the rec center. She told WOIO she doesn't understand why her son was shot.

Cleveland police have been under increased scrutiny during the last few years. The U.S. Justice Department has been conducting an investigation of their pursuit and use of force practices.

Federal officials said in March 2013 that their investigation would go beyond a high-profile car chase that ended with officers firing 137 shots and two deaths.

Last week, it was announced that relatives of the two people killed in the 2012 chase will split a $3 million settlement from the city of Cleveland.

The families filed a lawsuit after 43-year-old Timothy Russell and 30-year-old Malissa Williams were killed by police after a 20-mile pursuit that involved 62 police cruisers and more than 100 officers. Six police officers involved in the chase were indicted by a Cuyahoga County grand jury.

The department changed its pursuit policy after the chase, limiting when and how long patrol cars can chase suspects.