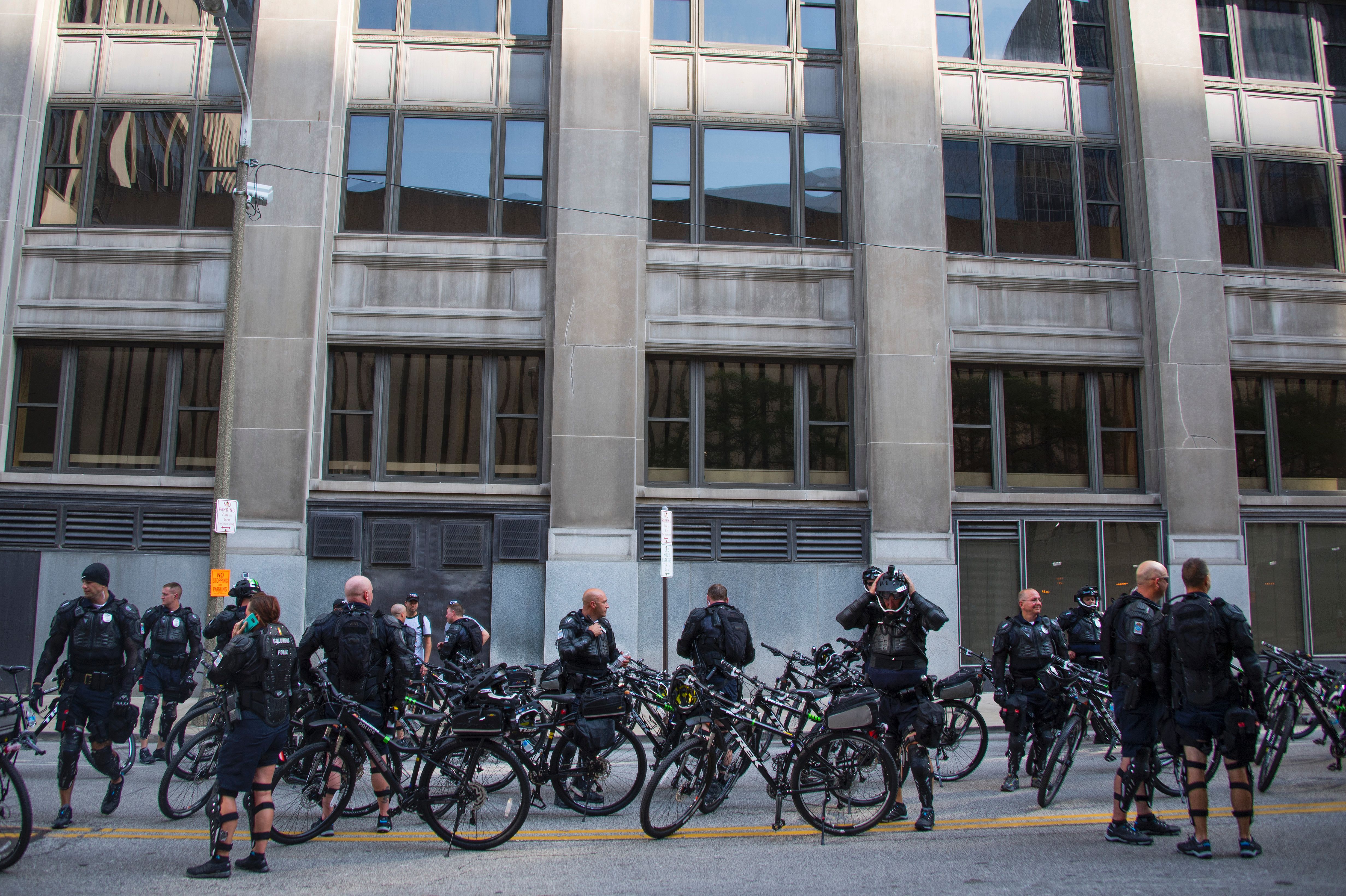 CLEVELAND Cleveland police trying to keep protests from turning violent during the Republican convention are relying heavily on officers on bikes, who are not only more maneuverable but are seen as friendlier and less intimidating.

Cleveland Police Chief Calvin Williams said the city bought 300 bicycles for the convention on the advice of the police in Charlotte, North Carolina, which hosted the 2012 Democratic National Convention.

He said officers on loan from more than a dozen police departments are on bike patrol in the city.

"Getting around town is a lot easier and a lot faster," Williams said. "The tactics they use for crowd management and to monitor and assist for protests, you can't do it on foot, can't do it in vehicles."

The bike patrols have been a common sight around Cleveland in the past few days, with officers typically riding black bicycles while wearing black helmets and shorts.

During an event Monday evening, about 100 of them wheeled slowly around the city's Public Square in a long black line. Dozens were also assigned to a pro-Trump rally and created a very visible wall of bikes between demonstrators at a river landing and the downtown.

Political conventions saw the first use of officers on bikes in 2000 in Philadelphia and Los Angeles, with the use expanding considerably over the years, said Maureen Becker, executive director of the International Police Mountain Bike Association.

The Seattle Police Department, a leader in the use of bikes, sent officers to Cleveland to help with training, she said.

The bikes offer several advantages over foot or car patrols, including the ability to maneuver quickly through crowds and get into areas such as parks and alleys that aren't accessible by car, Becker said.

The bikes can also be used as temporary barricades to separate protest groups, as happened briefly in Cleveland on Monday.

"The bicycle breaks down all kinds of barriers," Becker said. "It's a catalyst for conversation. It is less intimidating than some other types of vehicles. And most people can relate in some way shape form to being on a bicycle."