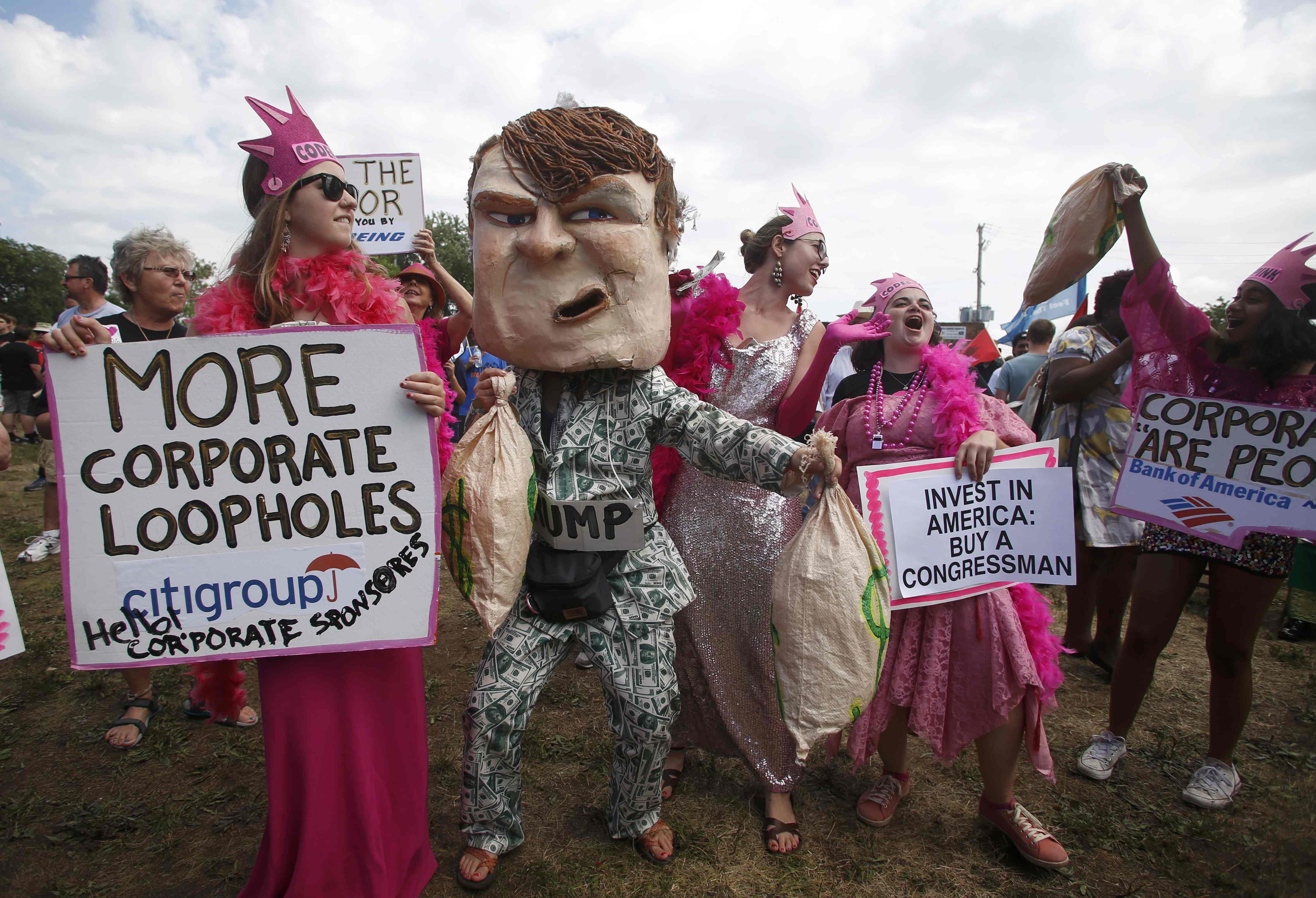 CLEVELAND -- Just as Tom Burke hoped, hundreds came from across the country to march in Cleveland.

"Racist. Sexist. Anti-gay," the protesters chanted as the Republican National Convention was getting underway on Monday to nominate a billionaire real estate mogul-turned-reality-TV-star-turned-serious presidential candidate. "Donald Trump go away."

Burke, the co-founder of the Coalition to Stop Trump and March on the RNC, watched as the protesters marched along a city-approved route. Now, he wanted the world to see it.

"Make sure you get everything," Burke shouted to his assistant, Austin Jensen, who held his phone high over the crowd to stream the march to Facebook Live. "We've got the whole world watching us."

Welcome to protesting in the Digital Age. Smartphones and apps are to today's demonstrators, what bullhorns and placards were to a previous generation. Wield the technology correctly and you can organize your supporters, disrupt the status quo and get your message to the world.

Burke, an old-school activist who still carries a megaphone, embraces high-tech activism. And for good reason: online activists have already prompted 15 big companies to change their plans to participate at the RNC, which promises to be one of the most chaotic political events in recent history.

On Monday, the megaphone stayed by Burke's side. The protesters stayed in line, didn't clash with the police or damage property. Like Jensen, the protesters live-streamed to Facebook Live or Periscope, capturing the event in real time.

Police watched too. Dozens of officers, many with cameras attached to their helmets, pedaled bicycles alongside the crowd. The police tolerated minor infractions, such as protesters climbing over concrete barriers. Tense moments were few.

Burke could be spotted chatting with police. He made sure the group kept to the route. When he was confident things were going smoothly, he sent texts or took phone calls.

"I know they can hear us," said Mick Kelly, the co-organizer of the Coalition to Stop Trump, as the marchers stopped along 9th Street.

Raising some hell outside of an RNC is nothing new for Burke, who spearheaded protests at the last two conventions. But the approach has changed along with the evolving technology.

He and his team posted photos to Facebook at the soggy 2012 convention in Tampa, Florida, and sent out a few tweets. Occasionally they texted. Same with the chaotic GOP convention in Minnesota in 2008, when social media strategies were in their infancy.

On Monday morning, Burke displayed how much his approach has changed.

He started the day with a series of posts to Facebook, reminding protesters to meet at Mall A in downtown Cleveland at noon. He reinforced the message with a series of tweets. And just in case some of the protesters weren't on social media, he sent a mass email with instructions to a mailing list.

"We will let the world let we know that vast majority of people reject [Trump's] gospel of greed. We stand for justice, equality, and peace," Burke wrote.

Over the past six months, Burke's driven the 600-mile round-trip between his hometown of Grand Rapids, Michigan, and Cleveland to prepare for the march. He met with city leaders, asking for permits that would put protesters in more visible sites.

When he felt the city wasn't cooperating, the group updated supporters via Twitter and email blasts before they finally reach a deal.

The message reached Father Jose Landaverde and 15 others, who spent nearly a month walking more than 366 miles from Chicago to Cleveland in a show of solidarity with the protesters. When Lamdaverde finished marching, he reached for his phone, went to Facebook Live and told his friends he had accomplished his "mission."

So did Burke, who wanted a peaceful march in the wake of recent events in Dallas and Baton Rouge.

"The Republicans saw us and heard us," Burke said. "We will take that spirit back home with us."