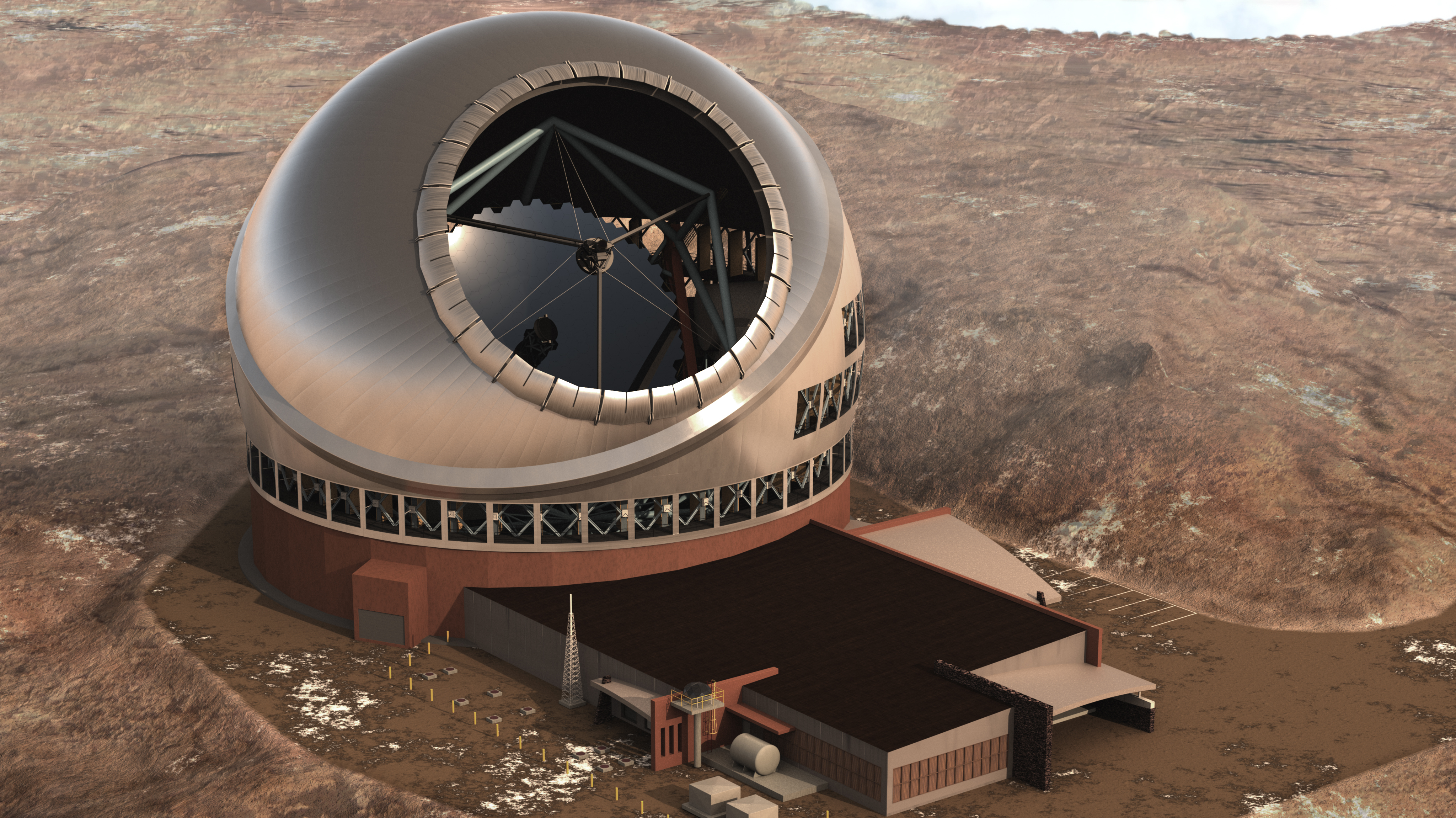 Scientists hoping to see 13 billion light years away, giving them a look into the early years of the universe, are facing opposition from Native Hawaiian groups who say the construction site of a new telescope is on sacred land.

About 300 protesters gathered at the mountain Thursday, and police arrested 12 people who tried to block a road leading to the summit of Mauna Kea on Hawaii's Big Island. Eleven more were arrested atop the peak, the highest point in the state.

The dispute has pitted Native Hawaiians, who believe the telescope site is sacred because it is where their creation story begins, against scientists, who believe it's an ideal location for one of the world's largest telescopes because of its remote and sheltered position, nestled in the crater of a dormant volcano.

Project opponents question whether land appraisals were done correctly and whether Native Hawaiian groups were consulted, so they have tried to prevent construction of the $1.4 billion Thirty Meter Telescope. Project leaders say they regret the arrests but safe access to the site needs to be preserved.

While the Native Hawaiian groups do not oppose the telescope itself, they disagree with constructing it on Mauna Kea.

"It is the burial grounds of some of our most sacred and revered ancestors," said Kealoha Pisciotta, a project opponent. "It is a place where we go for sanctuary and release from the world around us, and it is also the home of our god."

All of the highest points in the islands are considered the home of deities, she said.

The people arrested Thursday were trying to block trucks heading to the peak, said Pisciotta, who wasn't there but said she was in contact with the protesters. After the vehicles were allowed to pass, about 40 to 50 people began following the trucks, which moved slowly because of their heavy loads, she said.

Work got underway after the protesters were arrested and the path to the summit was cleared, Sandra Dawson, a project spokeswoman, said in an email to The Associated Press.

Police said they warned protesters who formed a roadblock Monday that anyone who obstructed the street would be arrested. Those apprehended Thursday were released after each posting bail of $250.

"We regret that police action had to be taken to enable our legal access to the project site," Thirty Meter Telescope project manager Gary Sanders said in a statement.

University of Hawaii spokesman Dan Meisenzahl said in a telephone interview that the university is saddened about the arrests but that access to site must be maintained.

"If the university had a heart, it would be broken right now," he said. However, "we have to make sure the road is safe for whoever wants to be there."

Meisenzahl said the university subleases the land atop Mauna Kea for the telescope project and has given protesters free access to the site as long as they were not breaking laws. He said he was not certain why there were arrests.

Protests also disrupted a groundbreaking and Hawaiian blessing ceremony last year, but no one was arrested. In fact, some protesters who yelled during the ceremony later apologized to event organizers and helped put away chairs, Pisciotta said.

"We said aloha to each other, and we hugged," she said.