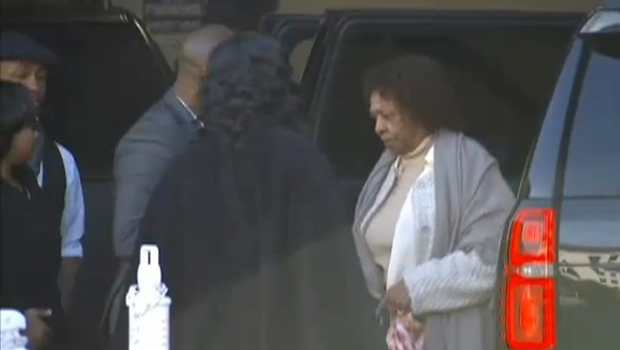 ATLANTA -- Cissy Houston, mother of the late Whitney Houston, has flown to Atlanta to be at the bedside of her granddaughter, Bobbi Kristina Brown, who remains in a medically induced coma at Emory University Hospital.

CBS affiliate WGCL-TV reported Houston, 81, flew from her home in New Jersey to be with other loved ones of Bobbi Kristina as they make decisions regarding her medical care.

Brown was found unconscious and face-down in the bathtub of her Roswell, Georgia home Saturday, nearly three years after her mother was found dead in a bathtub in Beverly Hills.

Authorities said Whitney Houston had drowned and that heart disease and cocaine use were contributing factors.

"Cissy was so traumatized losing Whitney and the pain is still raw from that," a family source told RadarOnline.com. "Watching Krissy in the hospital and in the coma is almost more than she can handle. This is almost too much sadness for her to bear."