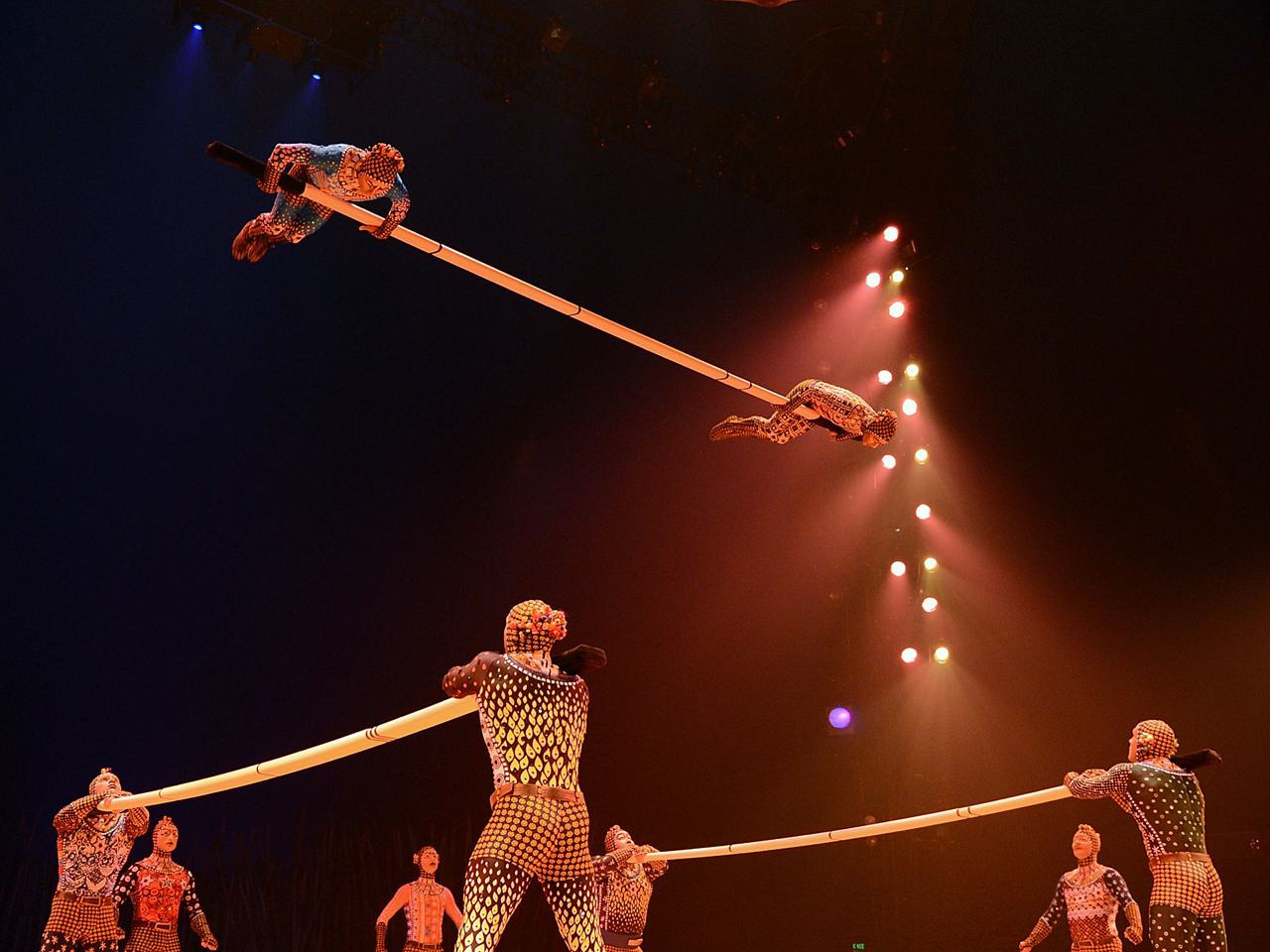 Production on Cirque du Soleil's "Ka" in Las Vegas has been halted indefinitely after a performer fell to her death on Saturday.

Cirque du Soleil released the following statement: "We have been working with the appropriate authorities and have offered our full cooperation. Performances of 'Ka' will be canceled until further notice."

Audience members in Las Vegas say they realized a Cirque du Soleil acrobat's fall was an accident when they heard the cries of the performer and other cast members.

Visitor Dan Mosqueda of Colorado Springs, Colo., told the Las Vegas Sun the woman was being hoisted up the side of the stage by a wire when she plummeted into an open pit below the performers.

Authorities say 31-year-old Sarah Guillot-Guyard was pronounced dead Saturday night at a hospital after falling about 50 feet during a production of "Ka" at the MGM Grand.

The accident happened during a fight scene at the show, which features pyrotechnics, martial arts and puppetry as well as acrobatics.

Clark County coroner's officials say they expect to rule on the official cause of death Monday.

According to the Las Vegas Sun, Cirque du Soleil founder Guy Laliberte said, "We are all completely devastated with this news. Sassoon was an artist with the original cast of 'Ka' since 2006 and has been an integral part of our Cirque du Soleil tight family. We are reminded, with great humility and respect, how extraordinary our artists are each and every night. Our focus now is to support each other as a family."