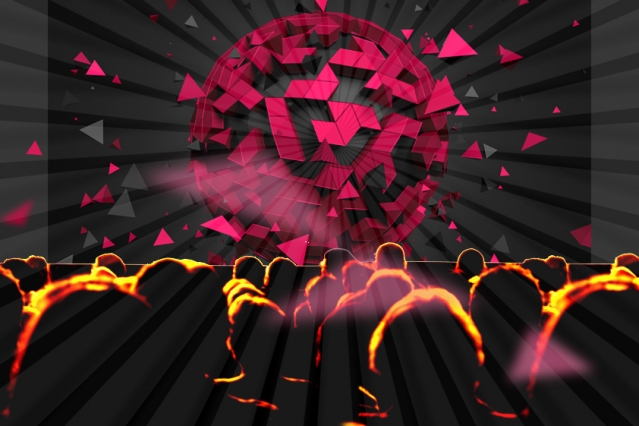 When it comes to cinematic 3D experiences, glasses aren't necessarily the most accessible method. However, while glasses-free 3D does exist, like in Nintendo's 3DS, current methods are not easily scaled up to cinema screen sizes.

A team of researchers at MIT's Computer Science and Artificial Intelligence Laboratory believes it's found a solution. They call it Cinema 3D.

One current method involves the use of what is known as a parallax barrier, a device placed in front of a display to show each of the viewer's eyes a different set of pixels, known as a stereoscopic image. However, this requires that all viewers are at a consistent distance from the screen, something that is obviously impossible in a cinema.

MIT CSAIL's approach uses multiple parallax barriers so that each viewer is targeted by a barrier tailored to their position. This is predicated on the idea that cinema-goers are limited in movement by the edges of their seat; therefore, each parallax barrier can be displayed to that narrow range of movement.

The team's prototype isn't yet ready for market, requiring 50 sets of mirrors and lenses, but it has been demonstrated in an auditorium, where all viewers saw 3D images of a consistently high resolution.