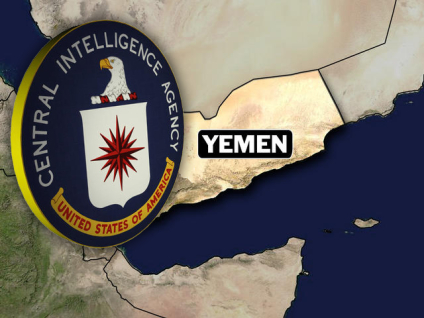 (CBS/AP) WASHINGTON -- The CIA thwarted a plot by al Qaeda's affiliate in Yemen to destroy a U.S.-bound airliner using a bomb with a new design, a U.S. counter-terrorism official tells CBS News. Officials, however, deny there was ever any immediate threat to the public.

U.S. officials tell CBS News the plot involved an upgrade of the underwear bomb that failed to detonate aboard a jetliner over Detroit on Christmas 2009. This new bomb was also built to be used in a passenger's underwear but contained a more refined detonation system.

The device recovered has the hallmarks of previous devices used by al Qaeda in the Arabian Peninsula (AQAP,) including being made of the same explosive material PETN. The bomb was designed to avoid detection at metal detectors. A law enforcement source tells CBS News that indications are that it would not have been picked up under normal x-ray machines, but possibly body scanning machines, which would have warranted a more intrusive search, but it would be dependent on an alert, skilled TSA agent.

Officials are saying that the work is believed to be that of bomb maker Ibrahim al-Asiri, described as a prolific and talented bomb maker. Another prominent AQAP figure, Fahd al-Quso, killed recently in a drone attack, is believed to have played a part in the plot, but officials deny his assassination was linked to an attempt to thwart the plot.

The bomb plot had allegedly advanced to the point that a would-be suicide bomber was told to buy a ticket on the airliner of his choosing and decide the timing of the attack. It's not immediately clear what happened to the would-be bomber.

CBS News correspondent John Miller reports the bomb itself is now at the FBI's Laboratory at Quantico, Virginia, being examined by bomb technicians in the Explosive Section. The efforts that lead to the recovery of the device involved the CIA as well as other U.S. and international intelligence agencies that unfolded quietly over a period of weeks.

"The recovery of the device was a team sport. It is another example of outstanding international counterterrorism cooperation," a senior U.S. official told CBS News. The official said that at no time was any airplane or passengers in danger from the plot.

The new bomb was made with modified features meant to improve on the device that failed to blow up on board US Air Flight 252 over Detroit on Christmas Day, 2009. Both bombs are believed to be the work of Ibrahim al-Asiri, the top explosive expert for AQAP.

"The device and the plot are consistent with what we know about AQAP's plans, intentions, and capabilities. They remain committed to striking targets in Yemen, Saudi Arabia, the homeland, and Europe. And AQAP is probably feeling pressure to conduct a successful attack to, from their perspective, avenge the deaths of Bin Laden and Aulaqi," a senior U.S. official said.

AQAP, intelligence officials say, was given the assignment by al Qaeda's front office in Pakistan to take over the lead in executing a plot against the United States and Great Britain. The lead was given to the Yemen based al Qaeda affiliate after al Qaeda in Pakistan was under siege from drone strikes that killed key leaders and operators. At the same time, in Yemen, AQAP has been at war with the government there, seizing towns and patches of territory in Yemen's tribal regions. A U.S. official said that has allowed AQAP to grow in size and influence.

"It is our assessment that the threat form AQAP is growing due to the territorial gains the group made during the political standoff in Yemen that lasted from early 2011 until this past February," the official said. "Those territorial gains have allowed the group to establish additional training camps."

The FBI's Terrorist Explosive Device Exploitation Center will examine the newest device and try to develop information that can be shared with airport screeners around the world. However, a senior U.S. official tells CBS News there will not be a noticeable, immediate change in TSA airport passenger security.

Because the bomb was allegedly x-ray proof, the question of the efficiency of TSA's new body scanners will likely be raised again. CBS News correspondent Mark Strassmann reports the expensive body scanners have been fiercely defended by the TSA as necessary in preventing people from walking on planes with bombs. (Watch Strassman's report at left.) Critics, however, point to a GAO report released in March which revealed that some of the scanners were in use less than 5 percent of the time, and in 12 airports were installed and not in regular.

"The disruption of this (improvised explosive device) plot underscores the necessity of remaining vigilant against terrorism here and abroad," Hayden said.