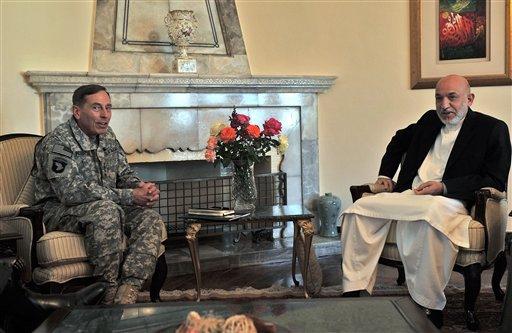 The fog of war in Afghanistan is becoming denser with each day. The New York Times reported Wednesday that Mohammed Zia Salehi, a key figure in the country's corruption investigation and an aide to Afghan President Hamid Karzai, is on the CIA payroll.

According to the NYT report, it's not clear what Salehi does to earn his CIA money or what, if any, involvement the CIA has in Salehi's allegedly corrupt activities. He was arrested in July but released through Karzai's intervention. The Afghan president's brother, Ahmed Wali Karzai, has been on the CIA payroll according to U.S. officials and has been accused of accused of gaining power via the drug trade and making deals with tribal warlords and Taliban fighters.

Corruption in the Karzai government has been a constant point of concern for the Obama administration. In the complex Afghan counterinsurgency led by Gen. Petraeus, the administration is unclear about how to deal with corrupt officials who play both sides.

The ties underscore doubts about how seriously the Obama administration intends to fight corruption here. The anticorruption drive, though strongly backed by the United States, is still vigorously debated inside the administration. Some argue it should be a centerpiece of American strategy, and others say that attacking corrupt officials who are crucial to the war effort could destabilize the Karzai government.