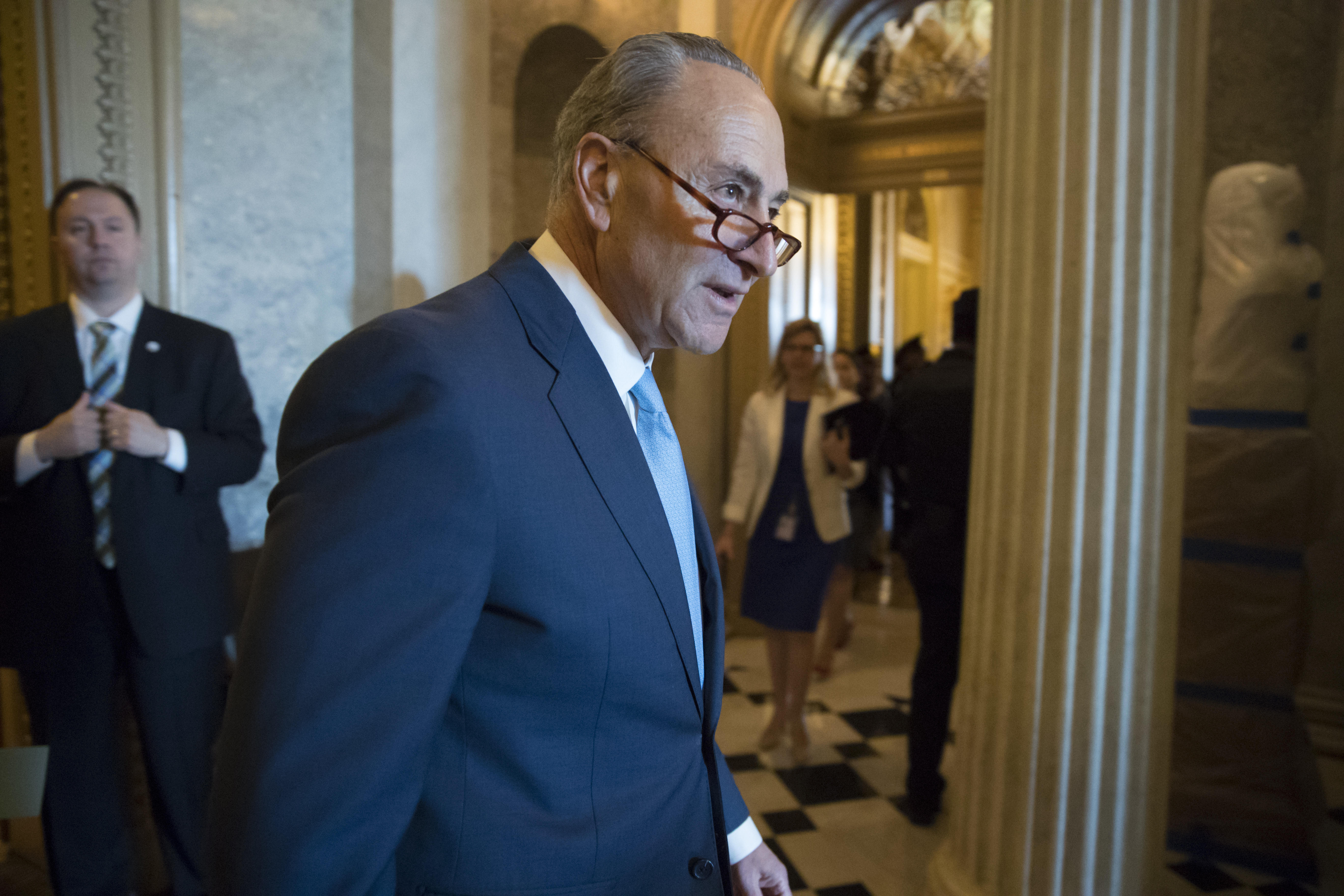 Senate Minority Leader Chuck Schumer on Wednesday laid out a list of Democratic demands following the ouster of James Comey a day earlier as FBI director.

On the Senate floor, the New York Democrat laid out three conditions that he said his caucus agreed on during a closed-door meeting earlier in the day.

First, Schumer said that Deputy Attorney General Rod Rosenstein should not be the one to appoint a special prosecutor. He said that responsibility should go to the highest-ranking civil servant at the Department of Justice. Second, Schumer said that Democrats agree that Comey is "needed more than ever to testify before the Senate." And third, Schumer again called on Attorney General Jeff Sessions and Rosenstein to brief all senators separately on the situation and in a classified setting if necessary.

"They should do it soon because the questions are just swirling about every day and almost every hour," Schumer said.

Schumer said that Senate Democrats plan to pursue several things in the coming weeks, but didn't elaborate. Senate Democrats already began on Wednesday to slow things down by postponing hearings. He added that the "overwhelming view" of his caucus is that a special prosecutor be appointed, claiming that serious doubts have been cast on Rosenstein's impartiality.

Schumer noted reports that Comey met with Rosenstein last week to request more resources for the FBI's investigation into Russia.

"That would make the timing of this firing even more suspect," Schumer said.

He said the only thing Democrats are seeking "are assurances that this investigation is carried out in an impartial, independent way."

He praised the leaders of the Senate Intelligence Committee for inviting Comey to appear before their panel next Tuesday. As of Wednesday afternoon, they hadn't heard back from him.

While Democrats are adamant about the need for a special prosecutor to be appointed, Republicans would like to wait and see and want to learn more before calling taking such action. White House deputy spokeswoman Sarah Huckabee Sanders said Wednesday, "We don't think it's necessary."