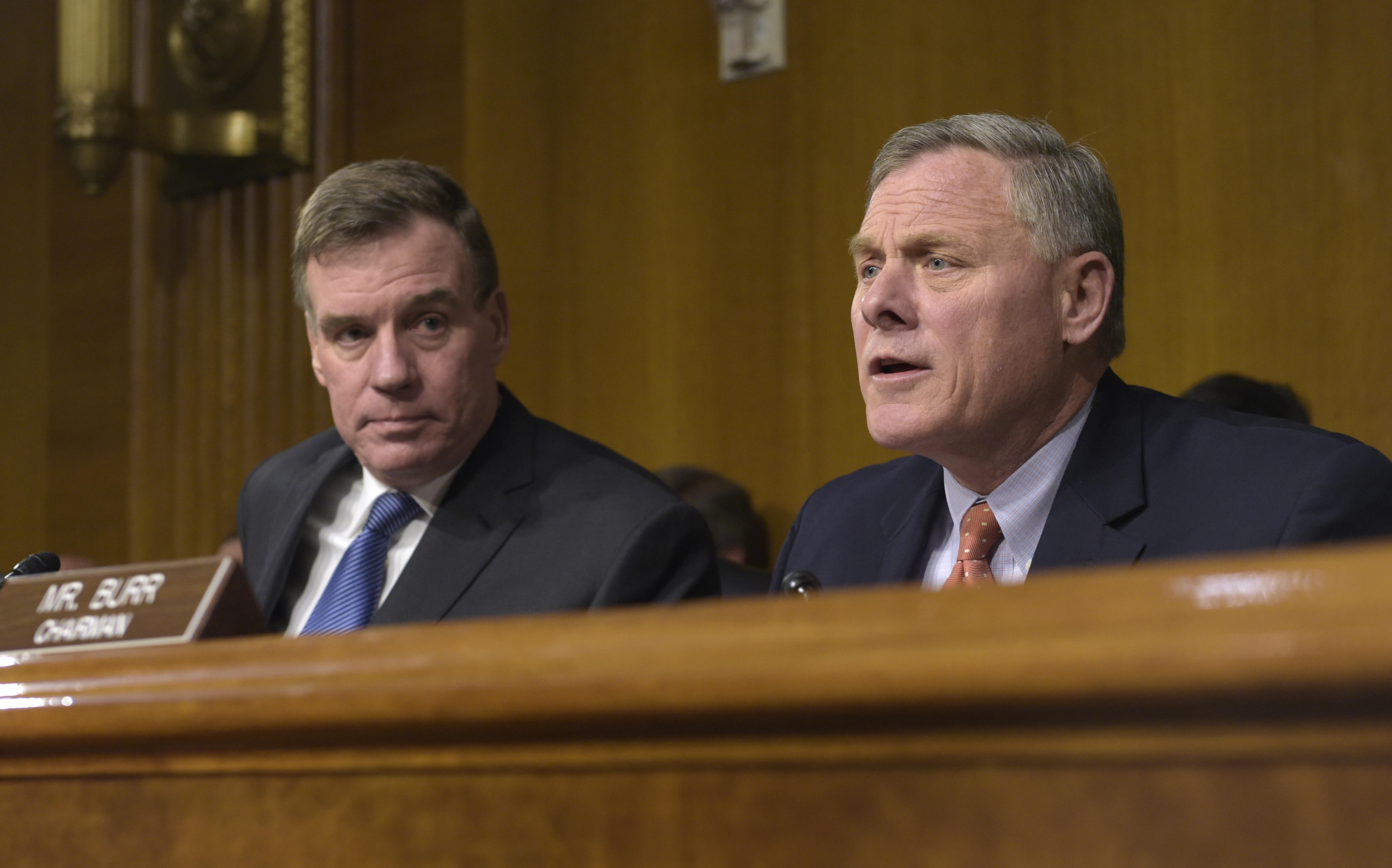 Warner confirmed that he and Chairman Richard Burr, R-North Carolina, have made the request, but they haven't received a response yet. An aide to the committee said that Comey has been invited to the closed session on Tuesday.

Sen. Ron Wyden, D-Oregon, a top Democrat on the committee, told reporters, it's "extremely important that Comey come to an open hearing in the Senate Select Committee on Intelligence as quickly as possible and testify as to the status of the U.S.-Russia investigation at the time of his firing."

Comey was scheduled to appear at an Intelligence hearing on worldwide threats Thursday, but now acting FBI Director Andrew McCabe will take his place.

Wyden also questioned why Attorney General Jeff Sessions played a role in Comey's firing, considering that he had recused himself from the Russia investigation.

"It seems to me Jeff Sessions has engaged in a blatant disregard for the commitment he made to the Congress and the country in his recusal letter and in my view, it raises serious questions about his fitness for office," he said.

Senate Democrats huddled behind closed doors Wednesday morning to discuss the situation surrounding Comey's firing. Lawmakers leaving the meeting said that there are "a lot of options on the table," but none revealed what those options are.

This comes a day after President Trump fired Comey in a sudden move. In a letter to Comey, the president said that he accepted the recommendation from the attorney general and deputy attorney general that Comey be "terminated and removed from office."