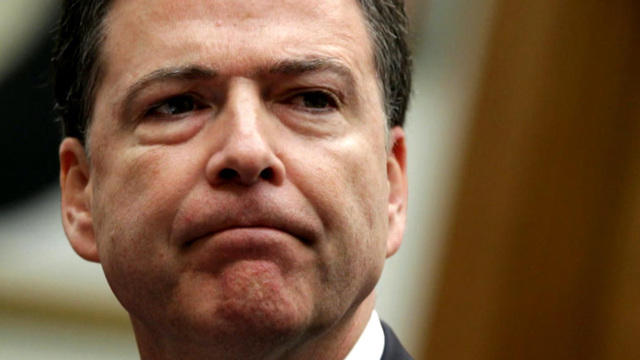 Comey then met with the two leaders of the Senate Intelligence Committee -- Sens. Richard Burr, R-North Carolina, and Sen. Mark Warner, D-Virginia -- on Monday and informed them about his request to Rosenstein.

A Justice Department spokesman said that the report about Comey requesting more resources "is totally false."

This development comes a day after President Trump fired Comey in a shocking move. In a letter to Comey, the president said that he accepted the recommendation from the attorney general and deputy attorney general that Comey be "terminated and removed from office."

"While I greatly appreciate you informing me, on three separate occasions, that I am not under investigation, I nevertheless concur with the judgment of the Department of Justice that you are not able to effectively lead the Bureau," he wrote.

One of the documents the White House released following his firing Tuesday was a memo issued by Rosenstein in which he outlined the rationale for removing Comey from his role. He pointed to the way Comey had handled the investigation into Hillary Clinton's use of a private email server as one factor.

Democrats, however, reject this reason because they say Republicans could have fired him last year. Many are suggesting Comey's ouster has more to do with the president removing the person in charge of the investigation into Russia and possible collusion between Trump associates and Russian officials.