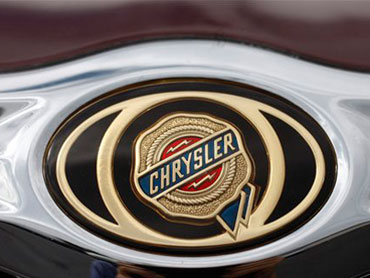 Fiat SpA and Chrysler LLC CEO Sergio Marchionne said Friday that he wants to pay back the loans Chrysler received from the U.S. and Canadian governments this year if he can.

Marchionne said Friday he remains committed to that objective. He made the remarks to reporters while at a Chrysler plant in Brampton, Ontario after meeting with employees to celebrate the production launch of the redesigned 2011 Chrysler 300 and Dodge Charger.

Marchionne said Chrysler is paying more than $1 billion a year in interest to Canadian and U.S. taxpayers. He wants to refinance a portion of the $6.9 billion it owes to the U.S. and Canadian governments, to save on interest.

Fiat took a 20 percent share in Chrysler in 2009, gaining effective control after Chrysler emerged from bankruptcy. In exchange, Chrysler got small-car and clean-engine technology and Fiat's management know-how.

Fiat expects to boost its Chrysler stake to 35 percent this year in part by repaying the loans.

Ontario Finance Minister Dwight Duncan said the government support is now paying off for the province.

"This was absolutely the right thing to do for Ontario and I'm proud to be here today and to see the remarkable progress the company is making," Duncan said.

Marchionne called the redesigned Chrysler 300 passenger sedan the flagship of the Chrysler brand and said he wants Chrysler to be more active in the sedan space. Chrysler sold more than 140,000 of the 300s annually in 2005 and 2006, but sold less than 40,000 of them last year.

"I think we're all worried about this," he said. "The real issue we collectively need to work on is reducing fuel consumption ... If we're successful in that venture than I think that gas prices will become less relevant."