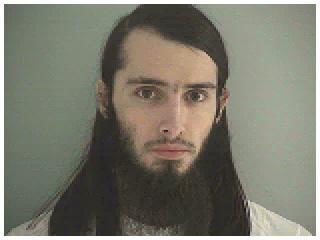 CINCINNATI -- A 20-year-old Ohio man's Twitter posts sympathizing with Islamic terrorists led to an undercover FBI operation and the man's arrest on charges that he plotted to blow up the U.S. Capitol and kill government officials. But the man's father called him "one of the most peace-loving people I know."

Christopher Lee Cornell, also known as Raheel Mahrus Ubaydah, told an FBI informant they should "wage jihad," and showed his plans for bombing the Capitol and shooting people, according to a criminal complaint filed in federal court in Ohio Wednesday. The FBI said Cornell expressed his support for the Islamic State of Iraq and Syria (ISIS).

Boehner spokesman Michael Steel said in a statement Wednesday: "Once again, the entire Congress owes a debt of gratitude to the FBI and all those who keep us safe."

The complaint against Cornell charges him with attempting to kill officers and employees of the United States.

CBS News correspondent Jeff Pegues reports that Cornell had been under FBI surveillance for months but it wasn't until Cornell attempted to purchase the weapons required to carry out his plans that police finally closed in.

Moments after leaving the Point Blank range and gun shop, Cornell was arrested. Pegues reports that the store manager said he had been asked to cooperate with law enforcement before Cornell arrived.

"If I hadn't been warned ahead of time, there wasn't anything about him that would suggest he is involved in anything like this," manager John Dean said.

According to documents obtained by CBS News, Cornell was arrested after he allegedly purchased two "semiautomatic rifles" and approximately "600 rounds of ammunition." They say he had researched "the construction of pipe bombs," which he planned to "build, plant and detonate ... at and near the U.S. Capitol," after which he would "use firearms to shoot and kill" employees and officials.

The public was never in danger, said John Barrios, acting special agent in charge of the FBI's Cincinnati division.

A phone message and an email were left Wednesday for attorney Karen Savir, a federal public defender listed in court records as Cornell's attorney. A working phone number could not be found for Cornell's family.

His father, John Cornell, told The Cincinnati Enquirer in a story for Thursday's editions that his son was a "momma's boy who never left the house." He said his son endured frequent incidents of abuse as a practicing Muslim.

Officials from the school district where Cornell attended high school said he was a typical student and not disruptive in class. In a statement Thursday, Oak Hills High School Principal John Stoddard said Cornell's teachers were shocked at the 2012 graduate's alleged involvement in the plot.

Stoddard said teachers remember Cornell as a quiet but not overly reserved student who participated in class.

The complaint alleges that an FBI informant began supplying agents with information about Cornell last year. The informant and Cornell, who lives in Green Township, first began communicating through Twitter in August 2014 and then through an instant messaging platform separate from Twitter, according to the complaint.

"I believe we should meet up and make our own group in alliance with the Islamic State here and plan operations ourselves," Cornell wrote in an instant message, according to the court document.

The two met in October in Cincinnati and again in November, the complaint states. Cornell told the informant at the November meeting that he considered the members of Congress as enemies and that he intended to conduct an attack on the Capitol, according to the complaint. The document says Cornell discussed his plan for them to travel to Washington and conduct reconnaissance of the security of government buildings including the Capitol before executing "a plan of attack."

Cornell planned for the two to detonate pipe bombs at and near the Capitol and then shoot and kill employees and officials, and Cornell had saved money to fund the attack, according to the complaint.

On Tuesday, authorities had disclosed that Cincinnati-area bartender Michael R. Hoyt, who has a history of mental illness, had been charged with threatening to kill Boehner at a country club near his home with a gun or a poisoned drink. A grand jury indictment against Hoyt was filed in U.S. District Court in Ohio on Jan. 7.

Hoyt has told authorities that he had been fired from the West Chester, Ohio, country club where Boehner was a member and "did not have time to put something in John Boehner's drink," according to court documents made available Tuesday. The documents also said Hoyt told authorities he was Jesus Christ and was going to kill Boehner because Boehner was mean to him at the country club and was responsible for Ebola.

Hoyt, 44, is being held for mental evaluation and treatment at a federal medical center in Massachusetts.

Messages and emails left for an attorney listed for Hoyt have not been returned.