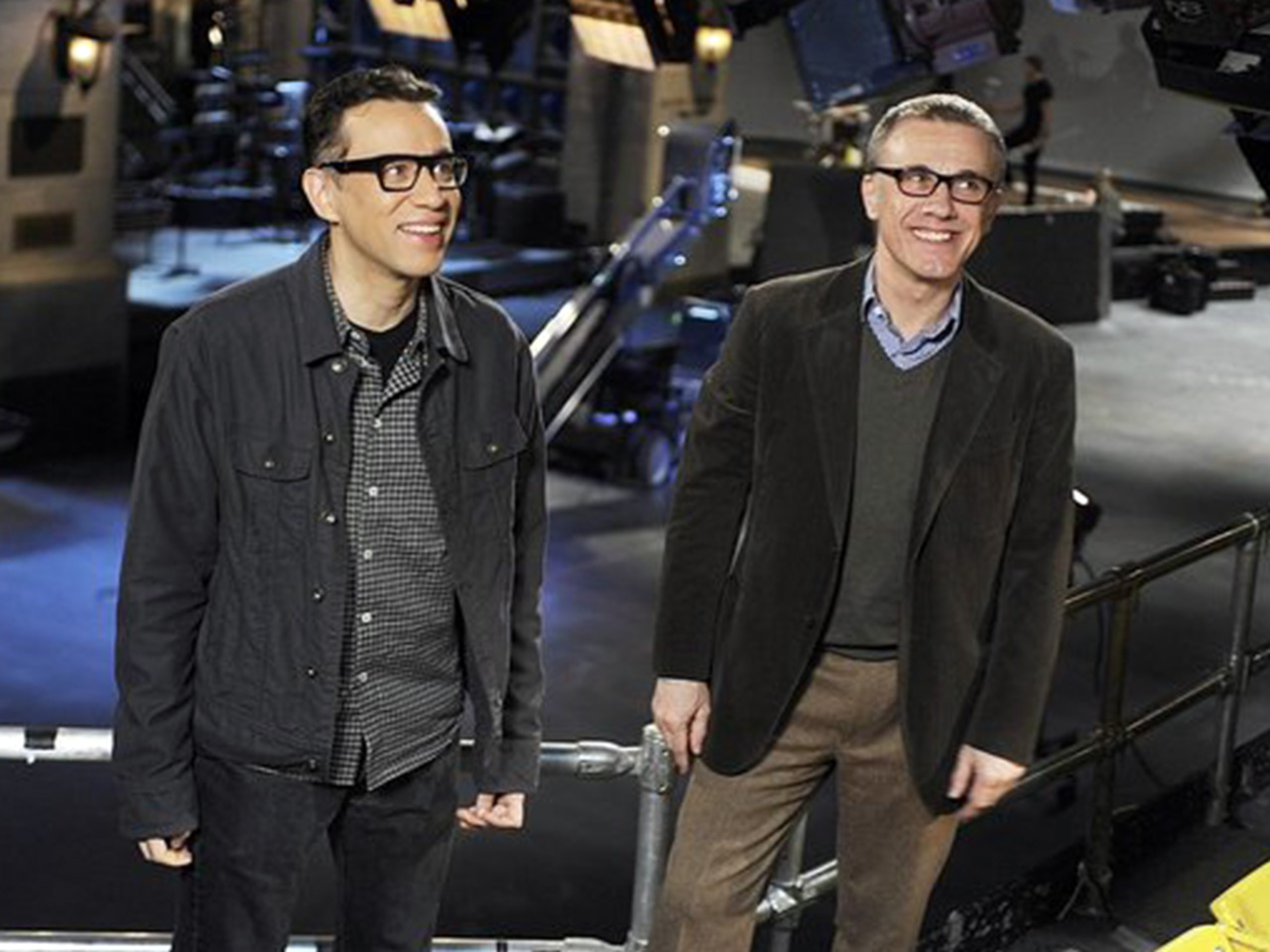 Christoph Waltz made history this week on "Saturday Night Live," becoming the first fluent German-speaker ever to host the late-night sketch comedy show in its 38-year-history (at least according to Waltz).

During his hosting stint on "SNL," Waltz was quick to address the perception that he can't pull in laughs because he's a "serious German actor."

"First of all, I'm not German. I'm Austrian," Waltz said during his opening monologue, "And Austrians have a wonderful sense of humor. Germans...not so much."

Indie folk rock band Alabama Shakes served as the musical act, but they weren't the only crooners of the night. During the show's open, Waltz belted out a rendition of a "song that we teach to all Austrian children" which he claimed translates in English to "Smile, Damn You, Smile."

Naturally while he was hosting "SNL," Waltz poked fun at his past Tarantino works with a satirical trailer called "Djesus Unchained" and yes, in case you're wondering, the "D" is silent.

Perhaps one of the funnier sketches of the night came when Waltz pretended to be a member of a slow-jam R&B trio called the Jamarcus Brothers. Watch Waltz try to fit in as Engleberg, the third Jamarcus Brother, in the clip below:

Tell us: Did you think Waltz did a good job hosting "SNL"?