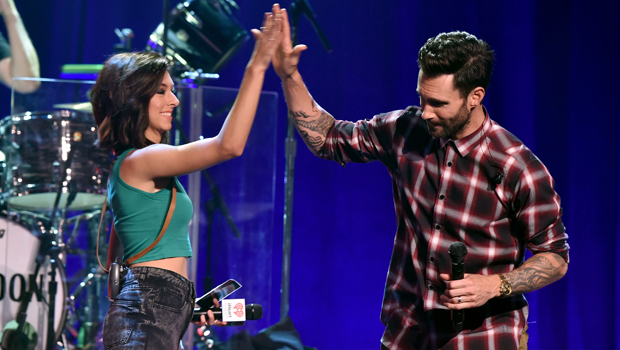 Celebrities took to social media Saturday to react to the death of rising singer Christina Grimmie after a performance in Florida.

A gunman shot Grimmie Friday night while she was signing autographs. The shooter then shot and killed himself after Grimmie's brother rushed him.

Grimmie was a finalist on NBC's "The Voice" in 2014. The show's judges all noted the shooting.

Maroon 5 star Adam Levine reacted on Instagram before her death was confirmed early Saturday. He issued a statement later in the day.

"Behati and I are absolutely devastated and heartbroken by Christina Grimmie's tragic death," Levine said, referring to his wife, Behati Prinsloo. "Our hearts go out to her family. Christina was a natural, a gifted talent that comes along so rarely. She was taken from us too soon. This is yet another senseless act of extreme violence. I am left stunned and confused how these things can conceivably continue to happen in our world."