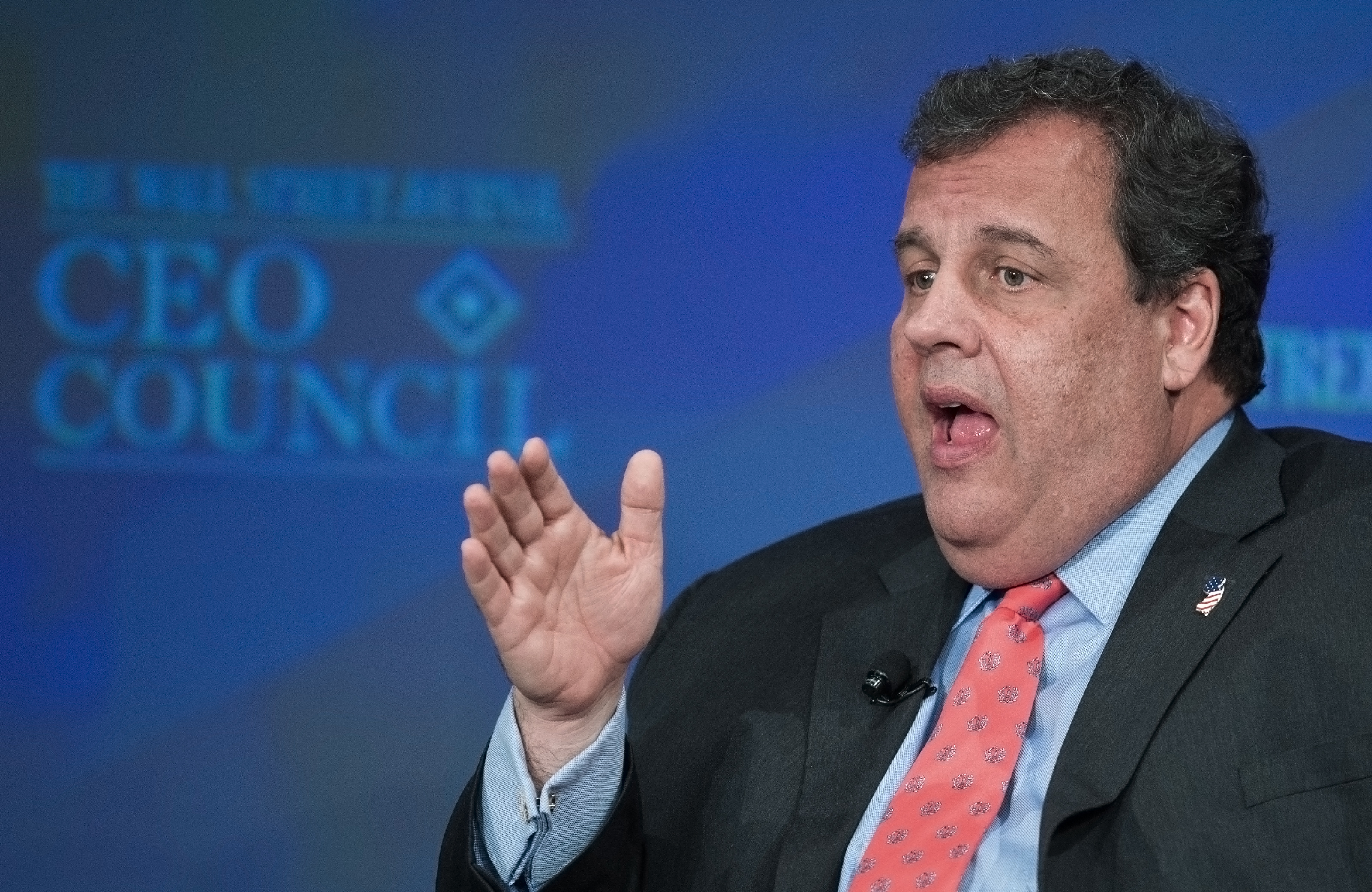 The ongoing war of words between Chris Christie and the Republican Party continued Monday when the newly reelected New Jersey governor said his party was partially responsible for the dysfunction in Washington and criticized the strategy of forcing a shutdown over Obamacare.

But the strongest bit of vitriol was reserved for those Republicans who criticized Christie for working closely with President Obama in the wake of superstorm Sandy, which destroyed much of the New Jersey coast. Some critics went so far as to say it cost Mitt Romney the 2012 election.

"The head of the federal government comes and offers to help, and when he does a couple of things right you actually said he did a couple of things right," Christie said while speaking to a group of chief executives at the annual Wall Street Journal CEO Council. "It's the most outrageous bit of heresy that's ever been performed on the stage. It's ridiculous."

Christie has shown himself unafraid to break with his party over strategy and priorities, and said Republicans have "equal blame" for the dysfunction in Washington right now. "It's about human relationships. The fact of the matter is that nobody in this city talks to each other," he said.

Still, Christie pointed to Mr. Obama as deserving more blame for failing to develop those relationships on both sides of the aisle during his tenure in the White House. And he called the health care law "wrong," "a failure," and "the most extraordinary overreach of government power in the history of our country."

But he stood by his assessment that shutting down the government over the law was not the way to go. The strategy, he put it bluntly, "failed."

Christie's comfort level in criticizing his party rests on a resounding re-election victory in which he garnered more than 60 percent of the vote, including majorities among female and Hispanic voters. Christie told the executives that his party must reach out to those constituencies where they don't always perform well if they want to win.

"We can't get the percentage of the Hispanic and the African-American vote that we got nationally and continue to think we can be a successful national party. We have to do better," he said. He told CBS' "Face the Nation" earlier this month that the lesson from his victory was that candidates need to "govern and...show up."

The intra-party feud will likely continue through the 2016 elections, in which Christie is considered a potential candidate. The barbs he has traded with Sen. Rand Paul, R-Ky., another possible 2016 hopeful, aren't likely to stop anytime soon.

In an interview with Fox News Monday evening, Paul said Christie was only a true conservative "if you have a very loose definition." He singled out Christie's decision to accept an expansion of the Medicaid program as a "moderate" position, adding, "I think we have room for moderates in our party."

Paul said that voters are looking for "someone outside of...what's been going on. For example, someone like myself who has promoting term limits." On whether Christie is an outsider, Paul implied it's not just about proximity to Washington.

"I don't know that a governor is necessarily an outsider. A governor can be an insider as much as anybody else," he said.

Christie said all of the speculation about the next race makes him feel bad for Mr. Obama. "He just won a year ago, and everybody's like, 'Who's next?' There is work to be done in this country. As we shove him out the door, we minimize his ability to be an effective executive. We shouldn't do that," Christie said.