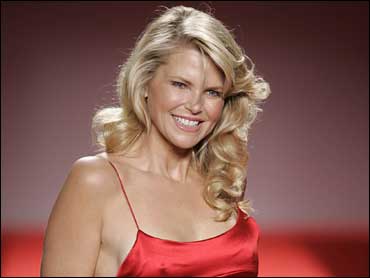 Christie Brinkley has filed for divorce from Peter Cook, two months after reports surfaced about his alleged affair with an 18-year-old employee, Cook's lawyer confirmed Thursday.

"We are told that a divorce action has been commenced in Suffolk County, and we have agreed to accept service of those papers," lawyer David Aronson told The Associated Press.

The divorce papers were filed in Suffolk County Court in Riverhead.

"I can neither confirm nor deny it," Brinkley's publicist, Elliot Mintz, reached in Los Angeles on Thursday morning, told the AP.

The 52-year-old supermodel announced in July that she and Cook, 47, her fourth husband, had separated. They were married in 1996, and have an 8-year-old daughter, Sailor. Cook adopted Brinkley's son, Jack, now 11, from her marriage to developer Richard Taubman.

Aronson said Cook "regrets that this happened. He was hopeful that he and Ms. Brinkley would be able to work their way through this problem and put their marriage back together, but obviously she has decided otherwise."

"He has instructed us that we are to handle this matter in as amicable and private a fashion as possible under the circumstances, and he hopes that everyone out there can respect the privacy of Christie and the children," Aronson added.

The New York Post, citing anonymous sources, had first reported in Thursday editions that Brinkley had filed for divorce.

The couple's separation exploded in scandal when Diana Bianchi, now 19, claimed Cook had seduced her shortly after hiring her to work at his architectural firm.

Aronson said his client learned of the divorce filing Wednesday. He said it was too early to say how the couple would divide their common property or to discuss the custody arrangement of their children.

"We're not even near that yet," Aronson said.

The couple's relationship has become fodder for tabloids, especially in the Post, where Cook published a public apology to Brinkley in a Cindy Adams gossip column shortly after news of his alleged affair broke.

"This is an aberration," Cook said through a lawyer, according to the column. "I'm sorry. I'm contrite. I'm stupid. Foolish. No excuse."

"I love my wife. ... For a lifetime I've tried to prove how much I love her," Cook said, according to the column.

Cook had said in the Cindy Adams column that he would respect Brinkley's wishes, whatever the result. "He hopes there's no divorce," that lawyer told the Post. "If she wants one, and he certainly hopes this doesn't happen, but if — it will not be nasty."