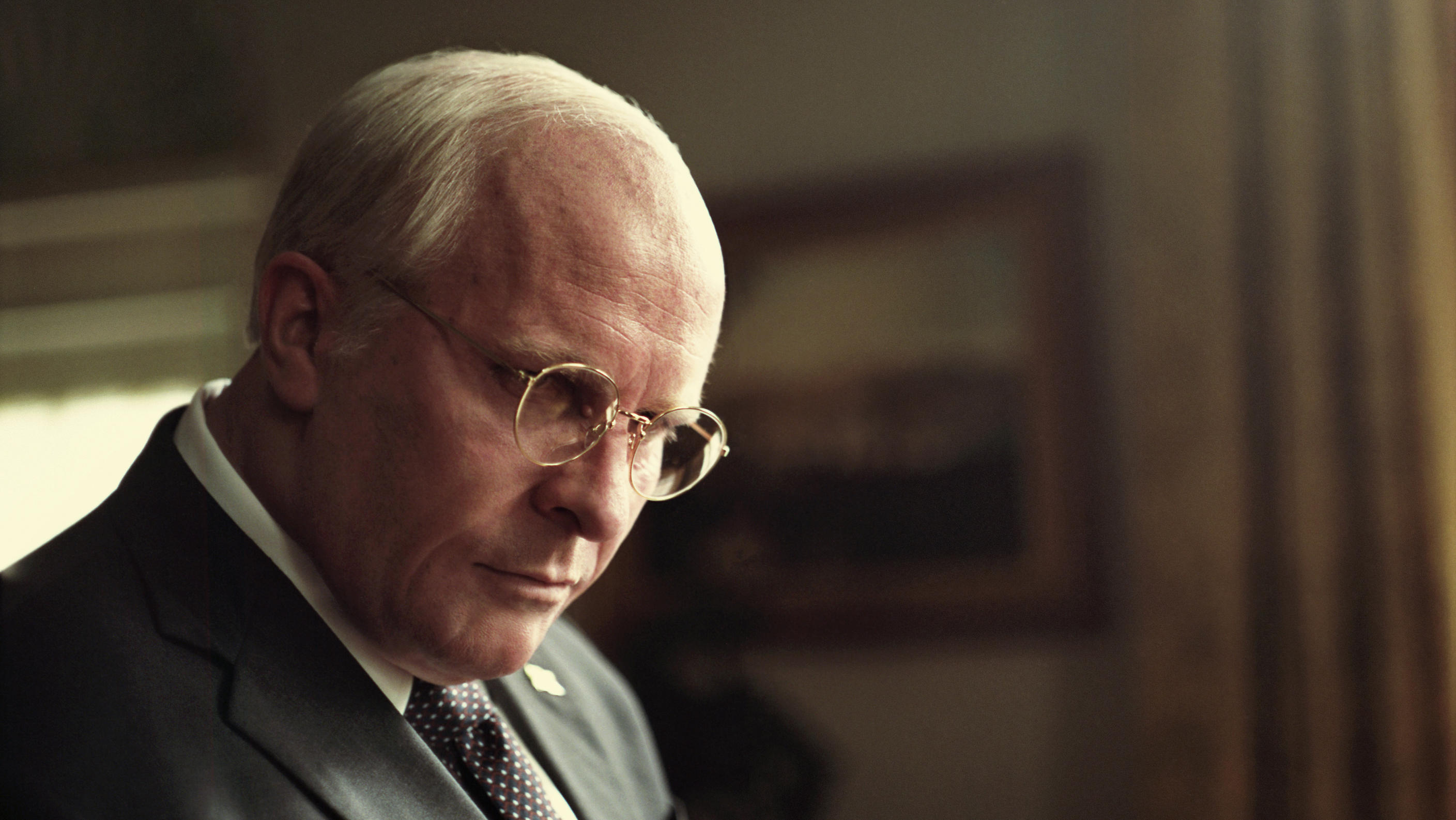 Christian Bale is known for taking extreme measures for film roles, such as losing 60 pounds for 2004's "The Machinist" and gaining it back in muscle for 2005's "Batman Begins." For his latest role in "Vice," Bale gained 40 pounds, shaved his head and bleached his eyebrows to play former Vice President Dick Cheney.

Annapurna Pictures dropped the new trailer for "Vice," a biopic that focuses on Cheney's life. The trailer shows a conversation between Bale's Cheney and former President George W. Bush, played by Sam Rockwell.

Rockwell, as Bush, gnaws on fried chicken as he says, "What do you say? I want you to be my VP; I want you. You're my vice."

Bale, unrecognizable as Cheney, wears an oversized gold Rolex and holds his fists together as he says, "Well, George, I, uh, I'm a CEO of a large company, and I have been secretary of defense, and I have been White House chief of staff. The vice presidency is a mostly symbolic job. However, if we came to a different understanding … I can handle the more mundane jobs."

Bush says he likes the idea.

"I believe we can make this work," Cheney says at the end of the trailer.

Bale told "CBS This Morning" in December that he gained weight for the role in a "smart way."

"I've lost weight, I've gained weight, [but] I never went to a nutritionist in my life," he said. "It was the first time that I said, 'You know what? I better really do this the right way.'"

"In the past for losing weight I went, 'Ah, I'll just smoke and drink whiskey and eat everything,' and it worked!" he said. "But I'm in my mid-40s now and I just thought, 'Probably just eating cream puffs nonstop is not gonna be so good for my ticker.'"

Adam McKay of "The Big Short" directs the film, which starts with Cheney's early career under the Nixon administration and follows him through the Ford and Bush administrations. It also examines Cheney's work as the CEO of Halliburton.

The cast includes Amy Adams as Lynne Cheney, Steve Carell as Donald Rumsfeld, and Jesse Plemons. Will Ferrell and Brad Pitt are among the film's producers.

"Vice" is set for release on Christmas Day.