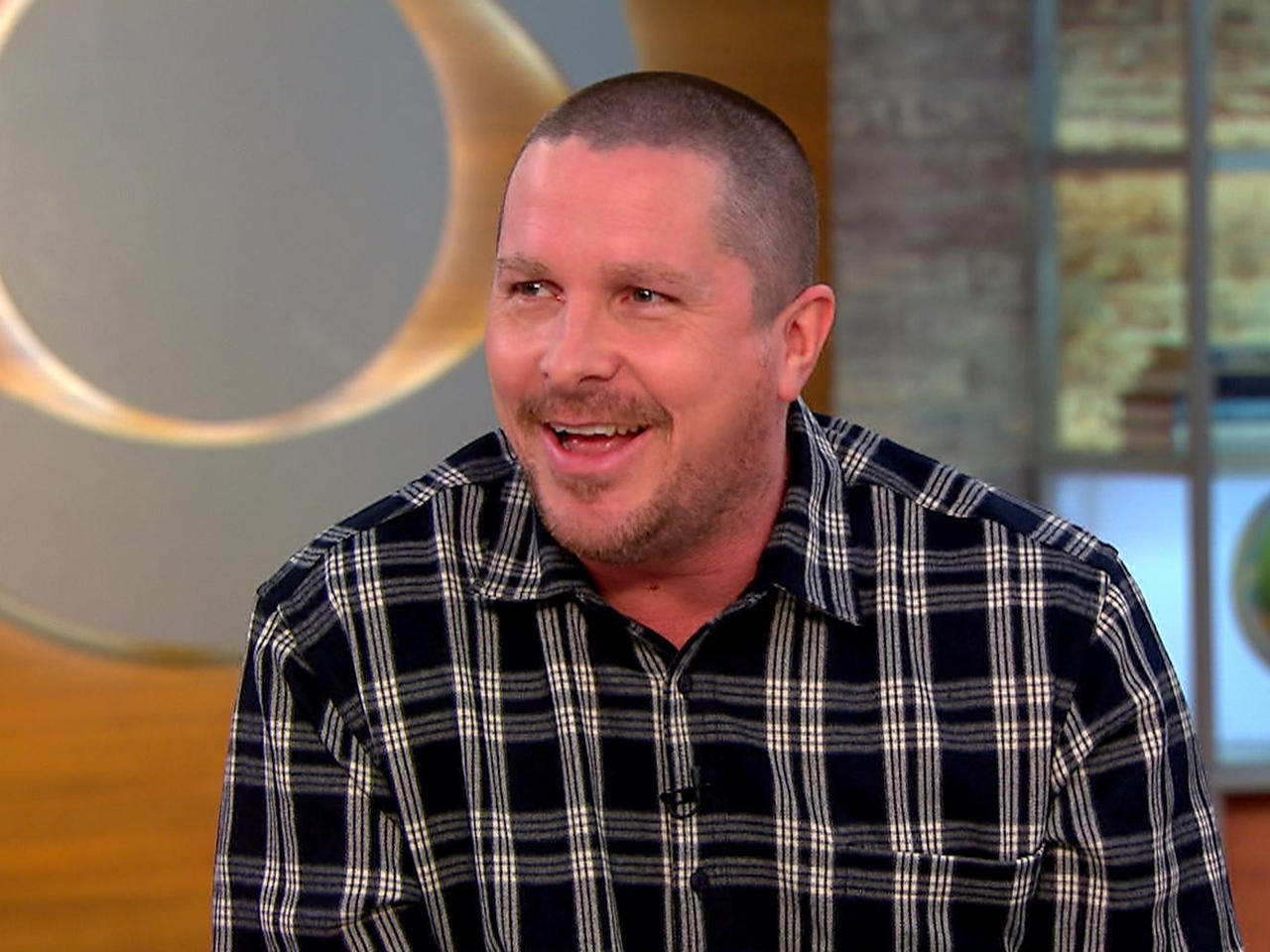 Christian Bale has starred in such box office hits as "The Dark Knight" trilogy, where he played Bruce Wayne/Batman; "American Hustle" and "The Big Short." He won an Oscar in 2010 for his performance as Dickie Eklund in "The Fighter."

His new movie "Hostiles," a western drama set in 1892, was written and directed by Scott Copper, who also directed Bale in the 2013 drama "Out of the Furnace." It follows Army Captain Joseph Blocker (Bale) on a journey to escort a dying Cheyenne war chief and his family back to their native land.

He describes his character as "a bigoted and hate-filled man," who served in a campaign to decimate the Native Americans.

"His job is genocide, and he knows that; he's an intelligent man," Bale said. "This isn't your mom and pop's cowboy western, with black hat and white hat, good cowboy, bad Indian. It's not that as all. It's a whole different era. It's recognizing the genocide.

"The great pain upon the part of Blocker [is] he's seen his friends killed by Yellow Hawk, played by Wes Studi, so the hatred is real, and then he's threatened with court-martial. He has to transport Yellow Hawk to a sacred burial ground, and it's about, how do you overcome hatred? How do you overcome  fighting, without rendering the deaths of your friends and brothers-in-arms meaningless?"

"It's a physical journey. It's also an emotional journey for him," said co-host Anthony Mason.

"Yes. And it's one that's become surprisingly, sadly relevant — more so since we stopped filming, in terms of some Americans' ease and comfort now in expressing hatred towards those who are different from them," Bale said.

"You think that this movie is relevant to today. How so?" asked co-host Gayle King.

"You know, we need so much more diversity. We're going to get so much of a richer culture because of it. We didn't intend that when we were making the film, but we've seen these changes, these shifts in America since we shot it, and so it's become more and more relevant."

To watch a trailer for "Hostiles" click on the video player below.

Bale acknowledged not only his fellow actors Studi and Bill Camp, but also Chief Phillip of the Northern Cheyenne, who served as an advisor for him on the film, on which he learned some of the Cheyenne language. ("It's a beautiful language, oh man, so poetic.")

Chief Phillip, he recalled, "would do a blessing every single morning for the whole crew, which the producers and the APs would be really nervous about, because it's always about panic — about time, time, time on film, and that would take some time. But it would enhance everything so much. You would have these grizzled horse wranglers and stuntmen just bawling their eyes out! And it's a very a raw piece, so it helped us with that. And I think it helped enhance the film incredibly. It helped me so much in my performance. I'm very indebted to Chief Phillip for that."

Bale also talked about his physical transformation to play former a former vice president in an upcoming biopic by writer-director Adam McKay ("The Big Short").

"It wasn't just for fun I decided to shave my head, bleach my eyebrows and put on 40 pounds; I was playing Mr. Dick Cheney in a film which we wrapped last week," Bale said.

"This is a canvas by which the superb makeup artists create Cheney."

When asked how he gained 40 pounds for the role, the actor — who'd previously undergone drastic weight loss for his performances in "The Fighter" and "The Machinist" — replied, "It was the first time in my life that I realized I had to do this in a smart way. I've lost weight, I've gained weight, [but] I never went to a nutritionist in my life. It was the first time that I said, 'You know what? I better really do this the right way.'"

Why now?  "In the past for losing weight I went, 'Ah, I'll just smoke and drink whiskey and eat everything,' and it worked! But I'm in my mid-40s now and I just thought, 'Probably just eating cream puffs nonstop is not gonna be so good for my ticker.'"