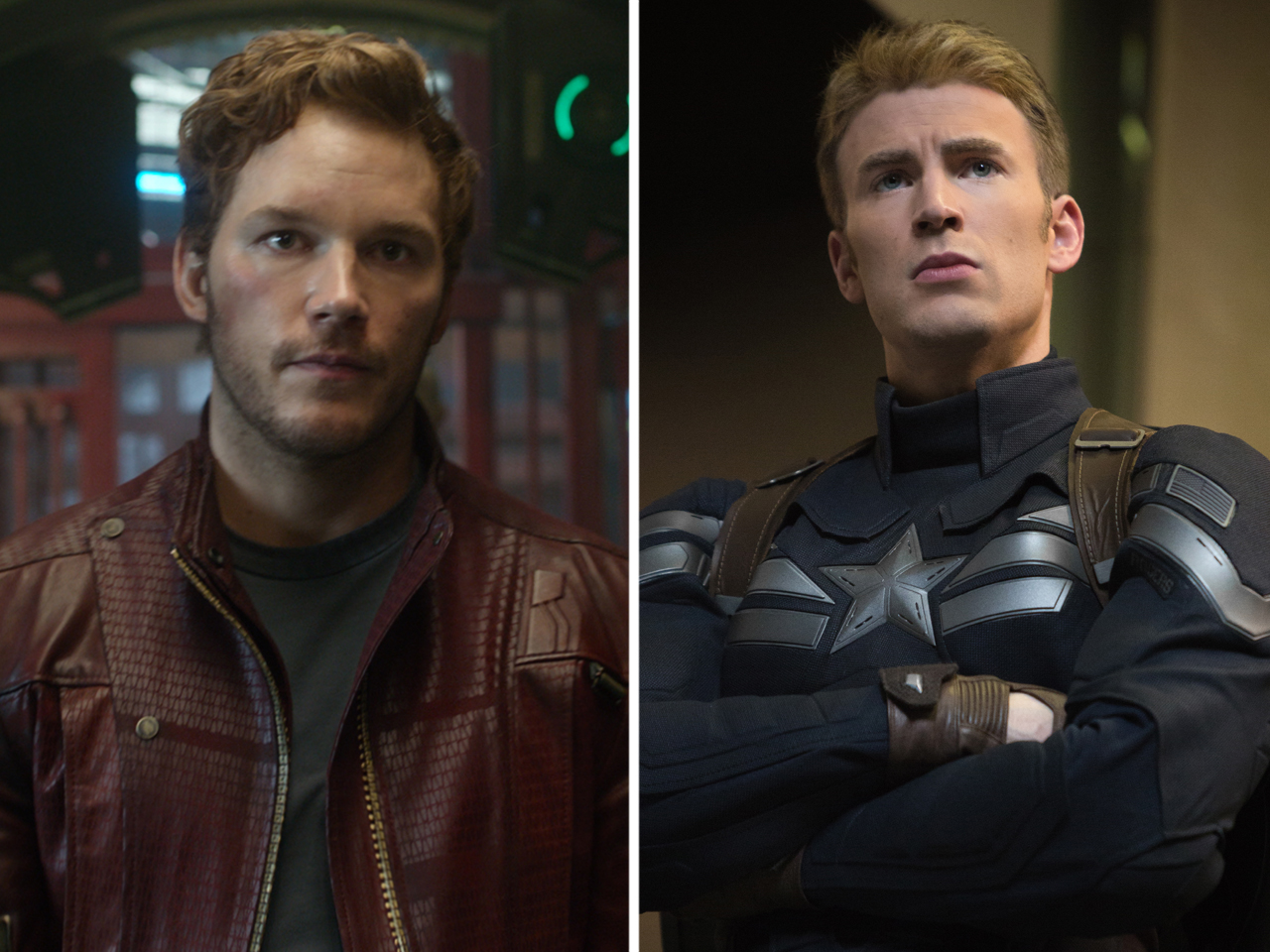 In what universe could Captain America and Star-Lord be mortal enemies?

One where the New England Patriots and Seattle Seahawks are playing each other in the Super Bowl.

"Guardians of the Galaxy" star Chris Pratt and "Captain America"/"The Avengers" star Chris Evans engaged in a war of words on Twitter this week after their respective football teams made it to the big game.

Evans, a Patriots fan, threw the first punch (er, tweet) on Tuesday, telling Pratt, "Looks like our teams are going into battle. For the next 2 weeks, you are not my friend, you are my enemy."

Pratt, who roots for the Seahawks, quickly fired back with, "We both know there's only one Captain America and his name is Russell Wilson."

After some more back-and-forth banter, the two agreed to a friendly (and very charitable) bet. Pratt even got a zinger about "Deflategate" in there. See the whole exchange below: