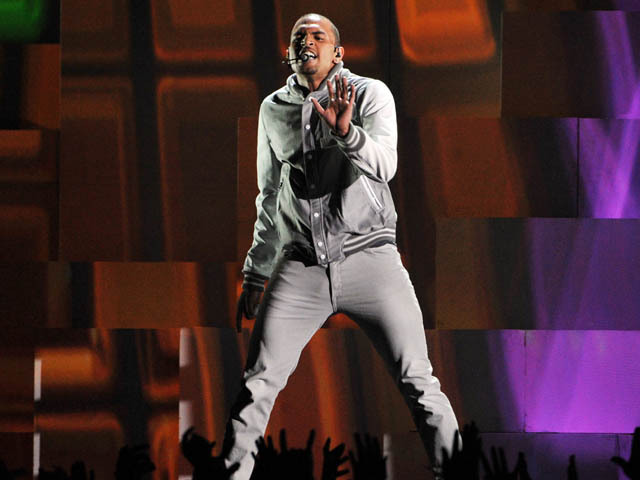 (CBS) Chris Brown returned to the Grammy Awards with a bang Sunday night. The pop and R&B singer hasn't been asked back to the annual ceremony since he assaulted then-girlfriend Rihanna right before the 2009 Grammys.

But on Sunday, Brown gave an enthusiastic, dance-heavy performance of "Turn Up the Music," the first single from his upcoming fifth album.

Brown, 22, went into the event with three nominations, including best R&B album and best rap song. He accepted the the best R&B album trophy for his album, "F.A.M.E."

Rihanna also appeared at this year's Grammys, taking the stage to perform with Coldplay.

Tell us: What did you think about Brown's performance?