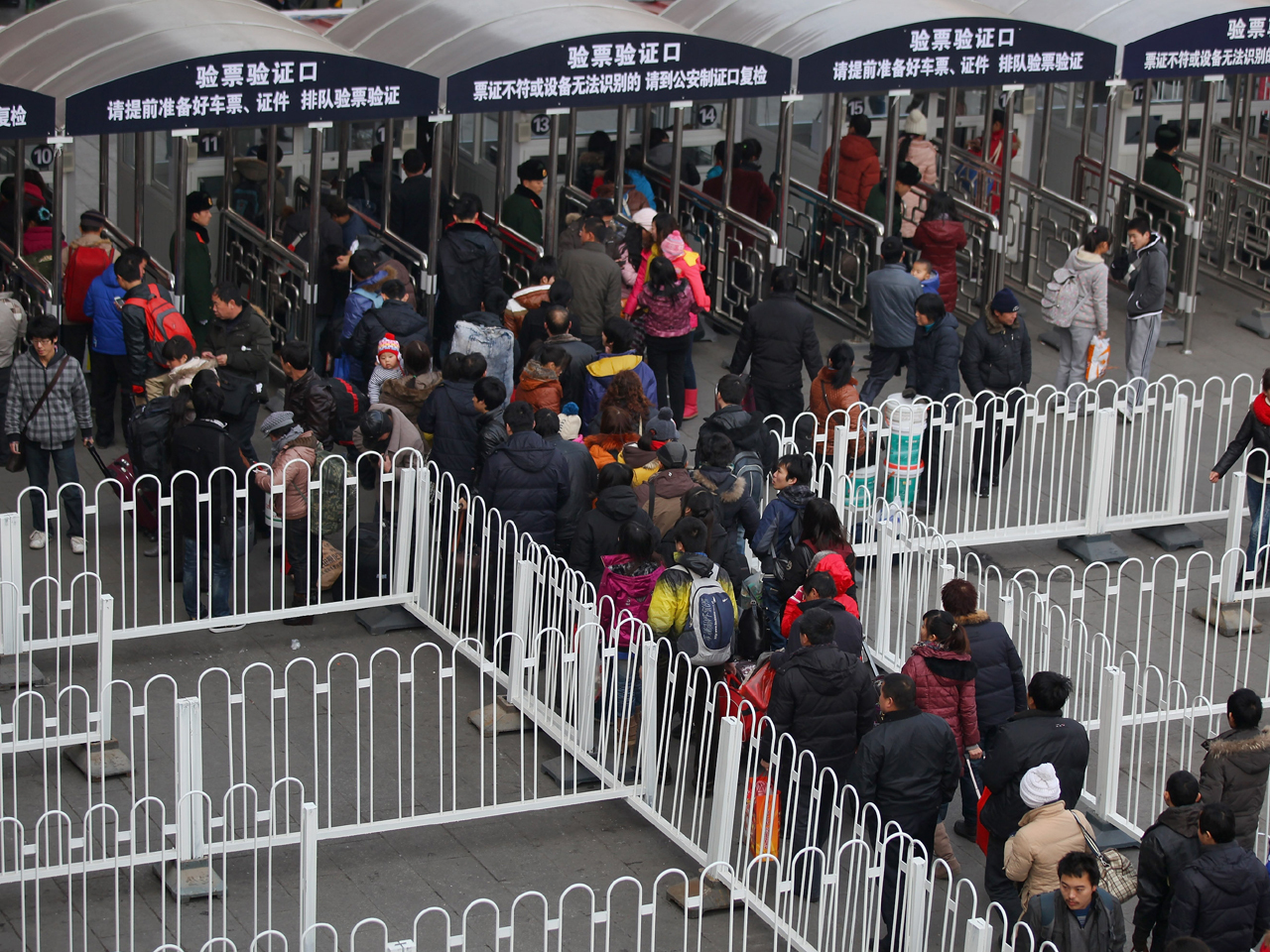 Only a week to go until Chinese New Year and China's peak travel rush is already in motion. It's not an exaggeration to say that every plane, train and bus in China will be clogged with anxious travelers, eager to get home before the Year of the Dragon begins on January 23.

It's the largest annual human mass migration in the world, with more than 3 billion planned passenger trips in the next 40 days - up 9.1% from last year.

One young man sparked a new trend after he revealed his plan to fly internationally from Beijing to Bangkok and then from Bangkok to his hometown in Kunming, southern China. He couldn't buy a domestic plane ticket, he explained, and traveling an extra eight hours via Thailand was the only way to get home.

But not everyone's packing their bags this year: some Chinese twenty-somethings are choosing to stay put out of sheer frustration with the crowds, the noise and the cost of Chinese New Year travel.

"It's so painful to squeeze onto the train and it's even too difficult to get one standing-room-only ticket," complains one online commentator using the name BigChen001. "Is it possible to abolish the whole holiday?"

Travel ticketing websites don't make traveling any easier in China. A special site developed by China's Ministry of Railways crashed after it received more than 1.66 million hits at once.

"It took one hour to log onto the train ticket site," one forum user moaned, "and another two hours repeatedly submitting my order before I was kicked off the site without a ticket! Why does the Ministry of Railways make it so tough for workers to get home?"

For other young adults who find their lives diverging from traditional paths of Chinese society, the decision is simpler. They're not traveling over Chinese New Year because they're avoiding their parents.

"I used to look forward to seeing my family but I'm scared of them now," writes one young woman calling herself BingbingAlice. "I'm afraid all my relatives will harass me about getting married. I'm helpless because I'm still single."

Some know how to tame worried parents: In China, it's increasingly popular to hire a fake girlfriend or boyfriend to take home over the holidays. For as little as $20 or as much as $600 a day, college students rent themselves out using China's version of Ebay, Taobao.com.

They travel to meet their client's families, buying everyone some temporary relief, at least until next Chinese New Year.