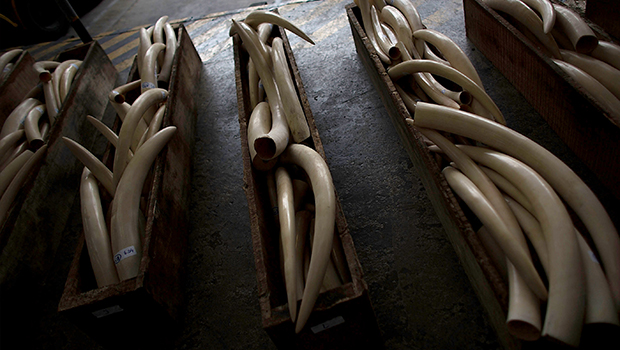 Zhifei Li, the owner of an antique business in China, illegally smuggled and sold 30 full rhinoceros horns for about $17,500 per pound. He also traded objects made from rhino horns and ivory elephant tusks to factories in China, where the horns are used to create fake antiques and powders for supposed medicinal remedies.

His efforts netted more than $3 million. But in January 2013, when Li, 29, attempted to purchase two more horns from endangered black rhinos for $59,000 at a Miami Beach Hotel, he was caught red handed: the buyer was an undercover U.S. Fish and Wildlife Service agent.

The successful sting was the latest in the USFWS and U.S. Department of Justice’s efforts to end wildlife trafficking, dubbed “Operation Crash.”

On Thursday, Li pleaded guilty to 11 counts of wildlife trafficking crimes. It was the culmination of a two-year investigation that started in November 2011, when Li sold two raw rhino horns to a middleman at a New Jersey Turnpike rest stop.

“He’s the biggest one we’ve prosecuted to date in this district,” Paul Fishman, U.S. Attorney for the District of New Jersey, said in a Thursday call.

The charges included smuggling, conspiracy, and making false documents. He circumvented law enforcement at U.S. and Chinese borders by wrapping the items in duct tape, hiding them in porcelain vases and falsely describing them on customs and shipping documents.

“There were more than 940 [rhinos] killed in South Africa alone this year. Regardless of whether the horn of a rhino was sawed off last year or a decade ago… it’s something that we have to stop,” said USFWS Director Dan Ashe. “We have made this our number one priority for law enforcement.” Earlier this year, the U.S. crushed more than six tons of ivory in an attempt to send a message to poachers and illegal traffickers. And in August, Hong Kong officials made two big busts, including confiscating a shipment of illegal ivory, rhino horns and leopard skins worth $5.3 million.

Rhino horns command high prices overseas because, when ground into powder, they are considered medicinal. But the horns are made of compressed keratin, the same biological compound that makes up human hair and nails. It has no proven medical efficacy.

Over the two-year investigation, Li made purchases and sales in New York, New Jersey, Texas and Florida. In addition to the horns, Li bought at least 60 carved ivory items from U.S. auction houses, worth about $500,000, and organized smuggling them into China.

“We know three individuals were buying for him. He was considered their boss,” said Fishman. Li funneled the items through Hong Kong.

Li was responsible for funding the purchases, negotiating prices, and directing the men on how to smuggle the items across U.S. and Chinese borders.

One of those buyers, Jeffrey Wang, was prosecuted in New York on Dec. 5, and sentenced to 37 months in prison. They did not disclose the details of the other two buyers. Earlier this year, another customer, Shusen Wei, pleaded guilty in Florida to knowingly buying a smuggle rhino carving from Li.

Li will be sentenced on April 1. In the plea agreement, he is required to forfeit $3.5 million and several artifacts. He faces 10 years for each count of smuggling and five for each of the other charges, as well as $250,000 in fines for each count.

“We’re expecting that Mr. Li will face some significant prison time,” said Fishman. “Zhifei Li’s conviction is a warning to those who would be lured by the profits of dealing in cruelty.”