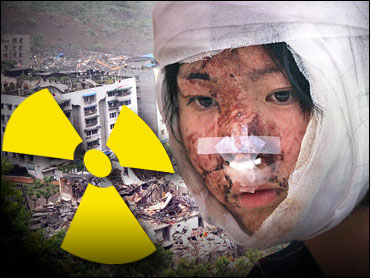 More than 30 sources of radiation were buried by debris from the massive earthquake in central China last week, but all have either been recovered or safely cordoned off, state media reported Tuesday.

The Chinese government had previously said all nuclear facilities affected by the May 12 earthquake were safe and under control, but did not give any details about which sites were affected or whether any were damaged.

But the quake buried 32 sources of radiation under rubble in Sichuan province, the heart of the disaster zone, Xinhua News Agency reported, citing Minister of Environmental Protection Zhou Shengxian.

All but two sources have been recovered, and the remaining two have been located, cordoned off and will soon be transported to a safer location, Xinhua said.

Thierry Charles, an official at a French nuclear watchdog who has seen reports from the Chinese nuclear safety agency, said materials found in the rubble appeared to come from hospitals, factories or laboratories and were not used for making nuclear fuel or weapons.

Hans Kristensen, a nuclear arms expert at the Federation of American Scientists, was skeptical about the Chinese government's blanket statement that all nuclear facilities were safe, questioning why no information was released on specific nuclear weapons plants.

"I find it hard to believe, given the widespread destruction in this region, that the military plants that have nuclear materials somehow escaped (the disaster's) reach," he said.

In response to the quake, the military sent soldiers to protect nuclear sites and the country's nuclear safety agency notified staff to be prepared in case of an environmental emergency.

China's main government Web site and a state-run newspaper described "nuclear facilities" and "radioactive sources" as including power plants, reactors, and sites for fuel production and waste disposal, as well as materials used for scientific research and medical treatment.

"It doesn't shock me that there would be radioactive items found," particularly hospital equipment, said Charles, director of plant safety at the French Institute for Radiological Protection and Nuclear Safety.

An unknown number of hospitals were damaged or destroyed in the earthquake. The Sichuan province health department listed 489 major hospitals in areas that were hardest hit.

Kristensen said if the buried radioactive materials can be isolated and sealed quickly, there should be no risk to the public.

Workers removing radioactive material would first find it with detection devices, then extract the material and place it in a sealed container quickly, Charles said. Then it would be repaired or disposed of as nuclear waste.

Information so far suggests "a good reaction by the Chinese teams," Charles said.

However, he said risks remain, primarily from any materials that have not been retrieved or sealed. People who remain in close proximity could receive excessive doses of radiation.

He said there was also a risk people could be exposed to radioactivity if some materials were crushed, for example in a building collapse.

Overall, he did not foresee a major risk to groundwater or health because most of the material was probably metal equipment, not fuel or something that disperses more widely.

The French watchdog agency has previously said that China reported "light damage" to unspecified nuclear facilities that were being dismantled before the quake. 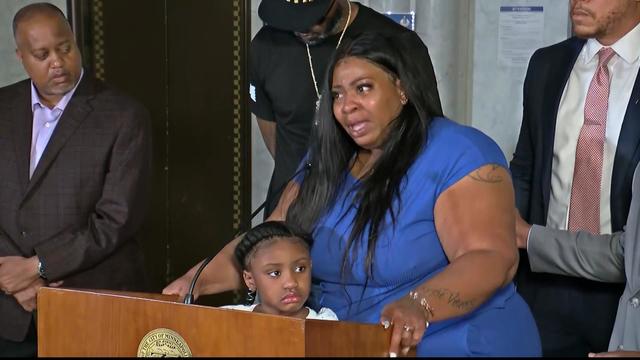