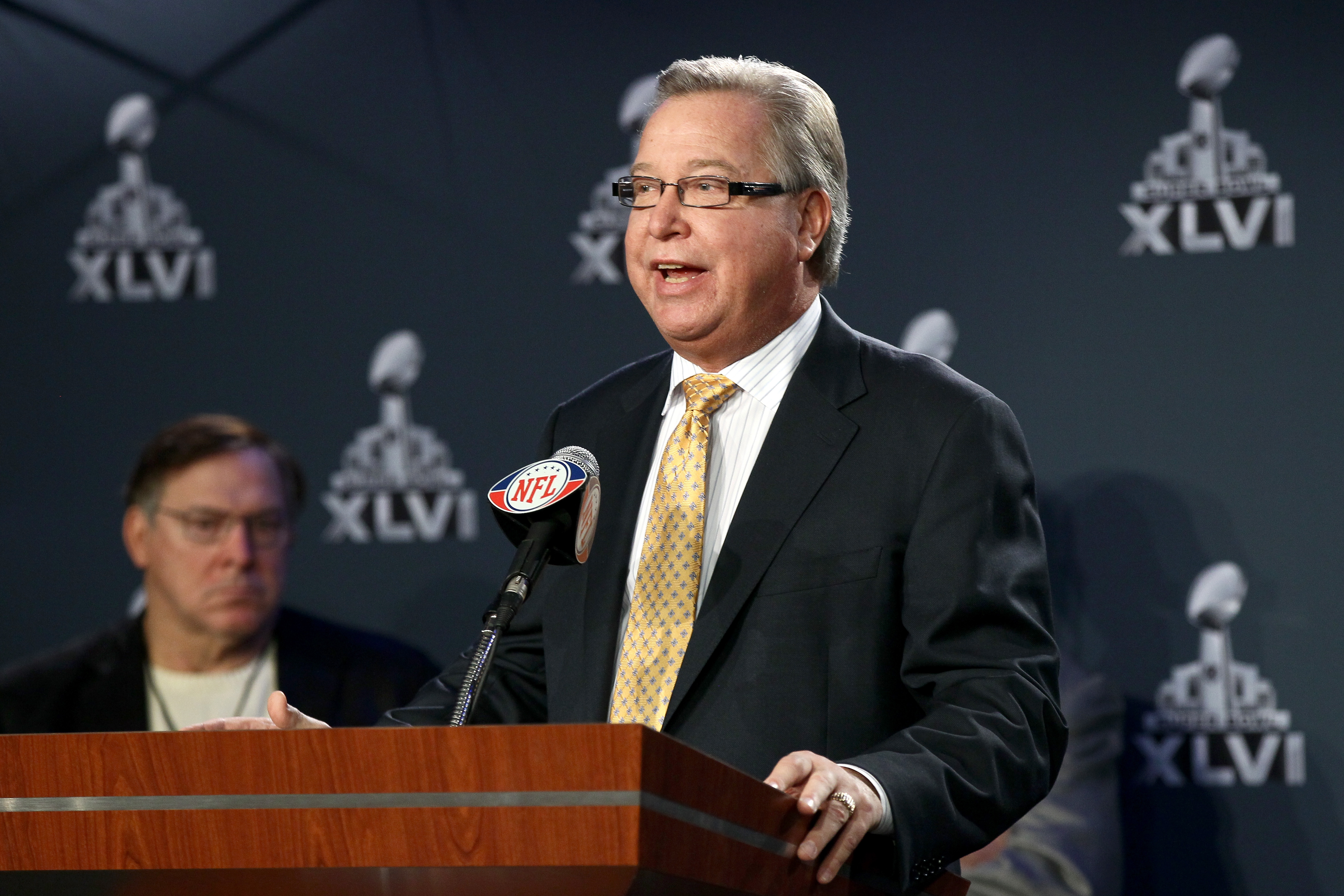 Former Philadelphia Eagles quarterback Ron Jaworski and his business partner Marty Judge were having drinks about two years ago when the conversation turned to China. Could the world's most populous country be a good market for football? Judge, a co-owner with Jaworski of the Philadelphia Soul arena football team, then decided to pursue the idea.

"Two weeks later we were on plane headed to Beijing," said Jaworski, who's also an analyst with ESPN, in an interview. He added that officials in China were eager to bring America's most popular sport to their country. "I really didn't know what to expect. It was very impressive. ... Now that it's come to fruition, it's really exciting."

Jaworski, Judge and Dick Vermeil, who coached Jaworski while together at the Philadelphia Eagles, announced plans on Thursday to form the China American Football League (CAFL), which is expected to start next year with six to eight teams in major cities in China. Each team will have both Chinese and American players.

Owners in the indoor league will need to provide an initial investment of $10 million and will receive a portion of their broadcast licensing fees. Over the longer term, the league's organizers expect to have 30 teams in China along with other Asian countries and Australia.

"China is going to be the next big marketplace for American football," said Judge, co-founder of Judge Group, a technology-consulting firm, in an interview. Still, he sees plenty of challenges ahead for the CAFL. "There are a lot of women who want their children to play the violin," he said, "and don't want their children to be active in football."

Football isn't entirely alien to China's 1.4 billion people. American coaches and referees have gone to China to spread the gospel of the gridiron. As Bloomberg News noted, the National Football League opened an office in China in 2007 and has sponsored a league of 36 flag football teams at Chinese universities. The CAFL is the first sports league in China that will be independent of the government.

Richard Young, the head of the NFL's China office, told Bloomberg the league's fan base in China has grown to 14 million from 1.6 million four years ago.

"It's a gamble," Jaworski said. "We think there is an insatiable appetite for Western sports."

Moreover, the NFL is beginning to scout for players around the world, and its teams are eager to discover talent in China. Some players from abroad, such as Oakland Raiders standout placekicker Sebastian Janikowski (Poland) and New York Giants defensive star Osi Umenyiora (from England and Nigeria), have already made a big splash in the league.

American football also is gaining ground in India, Pakistan and Sri Lanka through the Elite Football League of India. The eight-team league includes the Bangalore Warhawks , the Mumbai Gladiators  and the Hyderabad Skykings. Jaworksi is one of the investors in that league along with NFL Hall of Fame coach and former Chicago Bears linebacker Mike Ditka and actor Mark Wahlberg.

"There are some incredible athletes in India," Jaworski said.

Rant Sports writer Rohit Ghosh recently argued that American football will overtake cricket in popularity, a sport that Indian fans have been passionate about for decades.