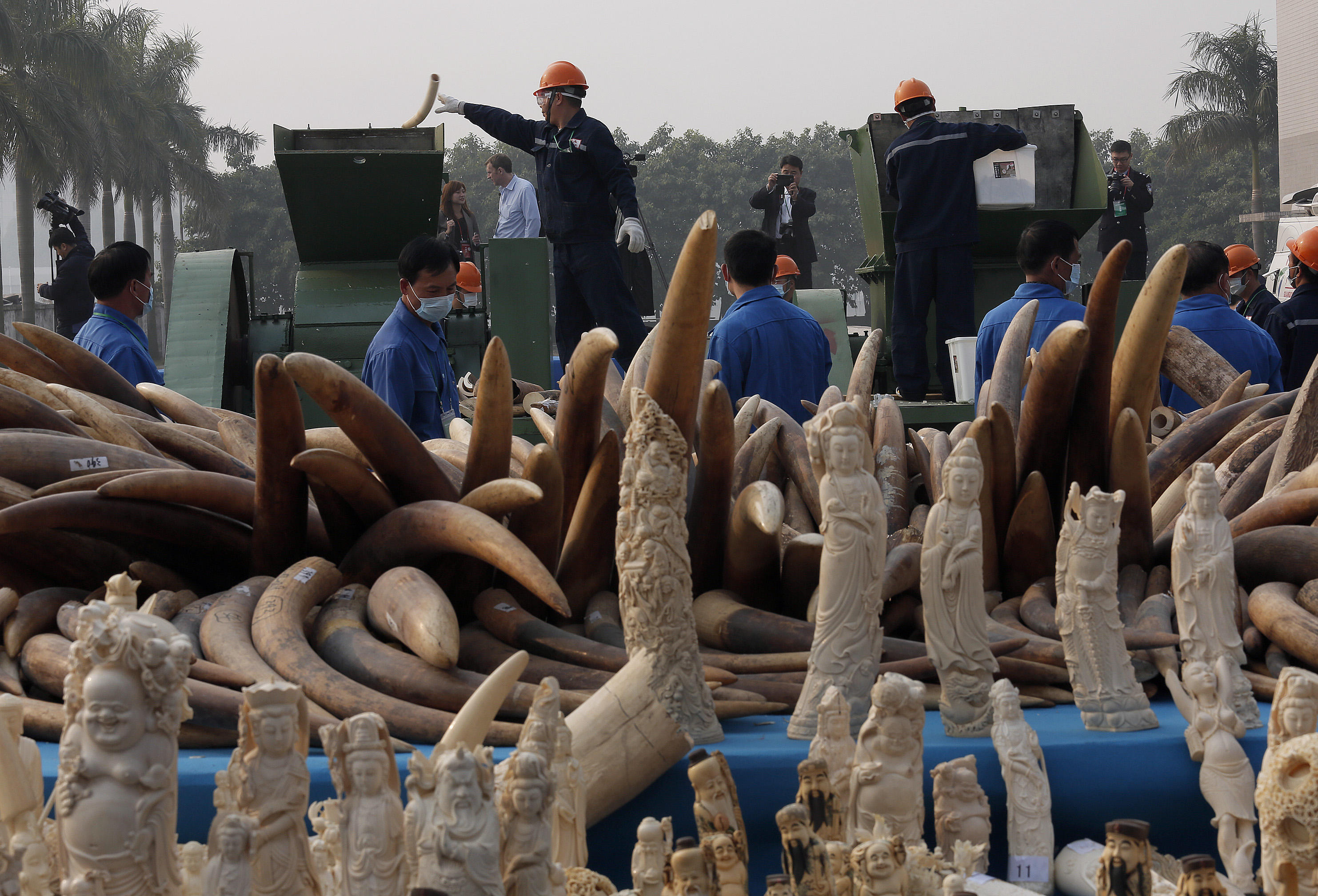 NAIROBI, Kenya -- The price of ivory in China has dropped sharply as the country plans to end the legal trade in ivory later this year, a leading elephant conservation group said in a new report Wednesday.

Chinese demand for tusks has been driving African elephants toward extinction, experts say. The Chinese government in recent years has taken steps to stop the trade in ivory, which is used for ornamentation and souvenirs. China’s ivory factories are to be shut down by Friday, followed by the closing of retail outlets by the end of this year.

The new report surveys the price of ivory in markets across China between 2014 and early this year. It found the price dropped from $2,100 per kilogram in early 2014 to $730 in February.

Conservationists say tens of thousands of elephants have been killed in Africa in recent years as demand for ivory in Asia, particularly China, increased. Past estimates of Africa’s elephant population have ranged from 420,000 to 650,000. Some conservationists estimate that up to 20,000 elephants are killed by poachers every year to meet demand.

“This is a critical period for elephants,” said Iain Douglas-Hamilton, president and founder of Save the Elephants, which carried out the research.

“With the end of the legal ivory trade in China, the survival chances for elephants have distinctly improved. We must give credit to China for having done the right thing by closing the ivory trade. There is still a long way to go to end the excessive killing of elephants for ivory, but there is now greater hope for the species.”

Other factors behind the drop in the price of ivory include an economic slowdown in China resulting in fewer people being able to afford luxury goods, and a crackdown on corruption that has dissuaded business people from buying expensive ivory items as “favors” for government officials, the new report says.

“Findings from 2015 and 2016 in China have shown that the legal ivory trade especially has been severely diminished,” said Lucy Vigne, a researcher with Save The Elephants. The 130 licensed outlets in China gradually have been reducing the quantity of ivory items on display for sale, and recently have been cutting prices to improve sales, the report says.

By 2015, some of China’s main licensed retail ivory outlets were closed at the time of the researchers’ visit due to slow sales. In other cases, vendors were replacing elephant ivory displays with mammoth ivory dug out of the Russian tundra.

China continues to be the largest consumer of mammoth ivory, whose price also has dropped from $1,900 per kilogram in 2014 to $730 this year, the report said.