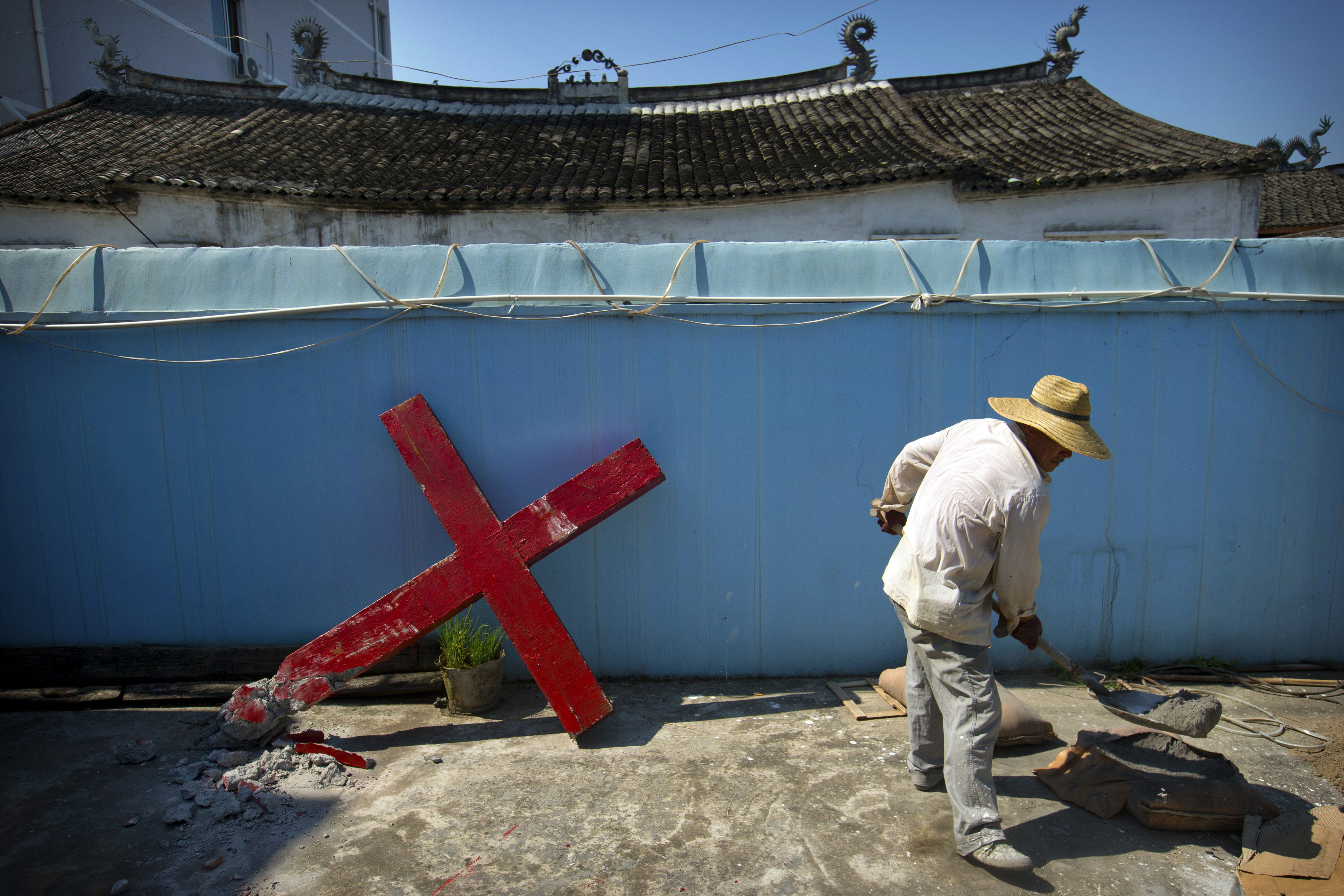 China is facing accusations it's cracking down on the religious freedom of Christians.

One provincial government has systematically removed crosses from churches. Last month, a Protestant pastor was sentenced to 14 years in prison, convicted of financial crimes and also for illegally gathering people to disturb social order.

This battle over the freedom to worship has been ongoing for almost two years now, reports CBS News correspondent Seth Doane.

Cell-phone video released this week shows yet another cross being taken off a steeple.

The government in Zhejiang Province has removed - sometimes burned down - crosses from as many as 2,000 churches there, according to a U.S.-based religious activist group, "China Aid."

At times, the Christian faithful have protested what they call "illegal demolition," while one of their supporters, Christian lawyer Zhang Kai, was paraded on state TV in February expressing "remorse."

At the start of the government's campaign, an entire church was demolished. The official reason was for violation of "building codes."

China's ruling Communist Party is officially atheist. Technically, it does allow "freedom of religion," but those "approved" religions must worship under the supervision of those who are faithful, first and foremost to the state. So tens of millions of Christians meet underground in so-called "family churches."

One is set up in the tiny apartment of Xu Yonghai, who spent two years in prison after writing about church demolitions and the abuse of Christians. "We have up to 30 regular members at this church," Yonghai said, "but some of us are in jail from time to time."

When asked how many of the members have been detained, everyone in the room raised hands.

"There is no justice in this country," said one member, Guo Hong. "So we chose to believe in God and place our hope in his hands."

By some estimates, there are more Christians in China than registered members of the Communist Party, making theirs a very powerful voice. CBS News reached out to religious affairs authorities for some sort of explanation or comment, but did not hear back.